Is Beast Boy's transformation of Justice League vs. Teen Titans a nod to Genomorphs from Young Justice?

In Justice League vs. Teen Titans, during the scenes in the hellish dimension, Beast Boy was able to turn into some new kind of creature like a werwolfish-beast, a griffin and an animal looks just like a Genomorph: 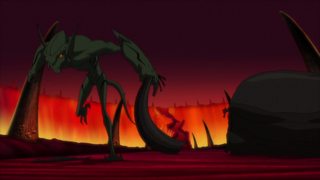 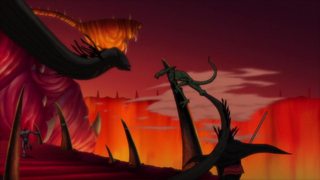 Here is one of the G-Elves (Genomorph) from Young Justice: 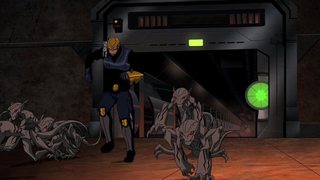 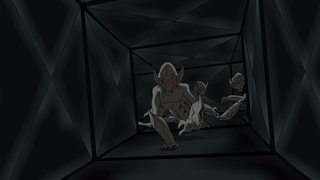 They look exactly similar except for the colour which is also Beast Boy's trade of being green in all his transformations. So is it a reference to Young Justice or are both referencing some other comic-book entity? Did they ever acknowledge it?

12
Why would a teen TV show need an FBI warning inside the Young Justice universe?
3
Who is this fallen member from Young Justice: Invasion?