What was the significance of Red Indian and the Mascot's appearances?

In the Preacher Season 1 Finale, there were constant appearances of a guy dressed as a Red Indian and a teddy bear mascot. First the Red Indian guy was a cell mate of Cassidy and the Mascot just appears in his house window: 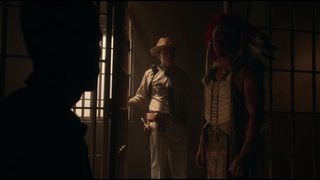 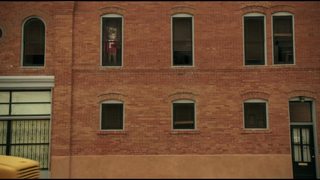 Then both attend Preacher's attempt to talk to God and even acknowledge each other's presence in the meeting: 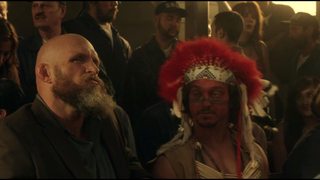 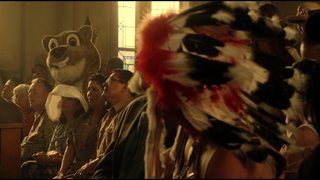 And after knowing that God abandoned them all, the Red Indian guy commits suicide and later we see the mascot did the same: 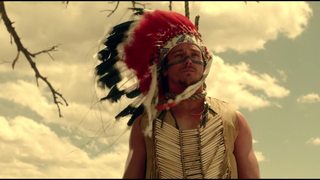 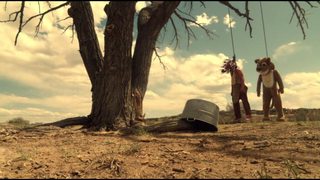 But what was the significance of them being there, it looked out of context to me. Is there some symbolic meaning behind their presence?

There is quite a lot going on here.

Firstly, both of these men are mascots.

"Chief Red Savage" (Larry) and "Pedro the Prairie Dog"...Pedro is a new, politically correct mascot for the local high school football team which has been renamed from "The Savages" to "The Prairie Dogs". 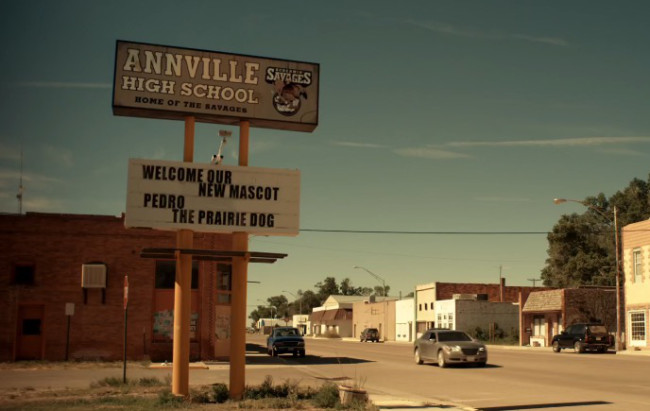 There's even some local argument about the name change...as evidenced by yard signs. 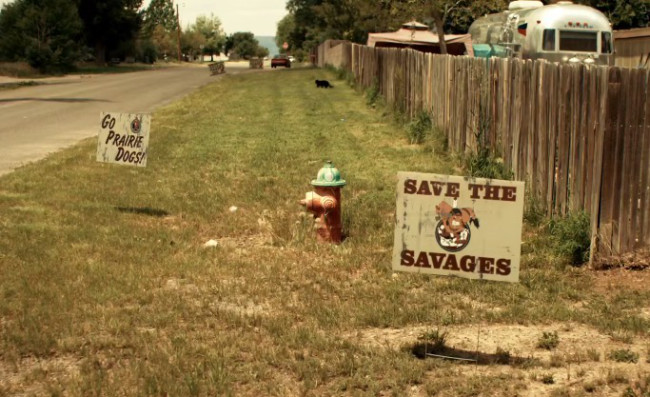 But that's not all

Pedro is seen in several episodes just walking about or sitting in a corner of a brothel just before a prostitute falls into a sinkhole [Episode 4]...he's ever-present as a foreshadowing of things to come, because... 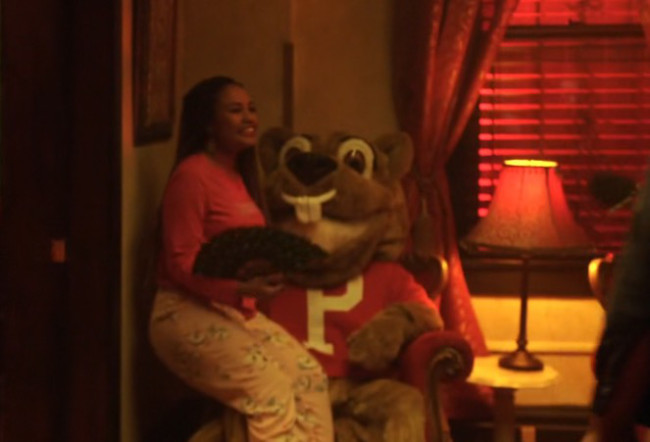 ...Prairie dogs themselves are burrowing rodents and have been blamed for creating sinkholes.

The pressure problems being experienced in relation to the methane build-up are apparently due to water pressure issues caused by sinkholes....of which more later.

It's also heavily implied that the two men are, in fact, lovers.

Cassidy to Larry (in jail).

I know you're hurting, but maybe you and Pedro just take a break, leave it up on Brokeback Mountain for now.

So killing themselves in a mutual suicide pact after discovering God is a fake is not unlikely.

When Larry (Chief Red Savage) does commit suicide, he finishes a cigarette, tosses it to the ground...still lit, then steps off a stool.

In the meantime...methane vents open all over town, we see the two mascots hanging from the tree and there’s a spark, which leads to an explosion ...and pretty much everyone dies.

So, the two men have been locked together since the very beginning in a conflict while still, apparently, being secret lovers and foreshadowing the destruction of the town and, eventually, actually being the final trigger when the methane explodes.

As for what they are are intended to represent in a deeper sense that's left up to the viewer....but I agree with this..

Preacher's setting is just as much a character as the humans and sub-humans who inhabited it (cue eye-rolling here). Annville is the kind of backwoods, benighted place where people say things like, “This is just the slippery slope before we let humans marry animals” when activists force officials to change their culturally offensive hometown sports mascot (one that looks like it belongs to a certain Washington D.C. football team). It’s dusty, it’s pious, and it’s Texas in every sense of the word—“God and Country” is paramount. Big drinkers, big muscles, big bigotry, and small brains.

So the warring (and loving) mascots represent, if you wish, the conflict over progressive change in the political and religious landscape...as well as acting as harbingers (and eventual triggers) of the town's doom.

Not the answer you're looking for? Browse other questions tagged character analysis preacher .