I'm trying to figure out who was the person 'Agent Smith' (the Recruiter) was talking to and handed him a business card right before Wade kills 'Agent Smith'? 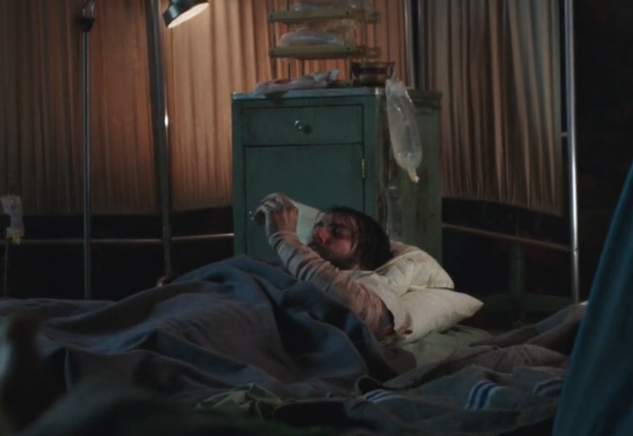 Not the actor but rather, was this a character cameo?

It seems like it could be a character cameo. It seems to just focus on Agent Smith handing him a card. I know his hands have some kind of tattoo on them.

Certainly it would have been pointed out before by now (but you never know).

There's no indication of any special attention being paid to this "character" and Deadpool was pretty explicit about all of the "characters" being referenced...except where they weren't allowed to...and even then, they worked around it.

As for the tattoo...it's not a special tattoo...just the initials USMC (for US Marine Corps)

Incidentally, the US Marine Corps would not have permitted that tattoo for serving members...even under their new policy.

16
Why is Deadpool named Deadpool?
8
Has Jason Bourne been more dangerous to US assets than enemies?
14
Why did Leo Higgins have a burnt nose in Muriel's Wedding?
4
What type of gun is the Saint of Killers rocking on The Preacher?
3
Where is Wade from s6e6 of walking dead in season 8?
1
Who was the real life character behind Iroq in Ready Player One?
2
Was this character a traitor or were they trying to just provoke Gaitonde?