What was the grenade supposed to accomplish? 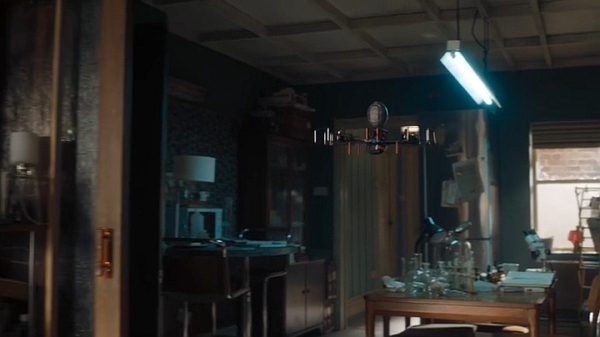 In Sherlock: The Final Problem a grenade is flown into Sherlock's flat via drone, presumably by Eurus.

But why would Eurus try to kill her siblings, and Watson, at this point? We later see all the elaborate things she planned at the Sherrinford prison and the Holmes family home, which needed all three of them alive.

There was no guarantee that all of them would survive the explosion. It's actually kind of lucky that they all end up standing near an "exit", e.g. Eurus couldn't have predicted that Watson would move towards the window furthest away from him. 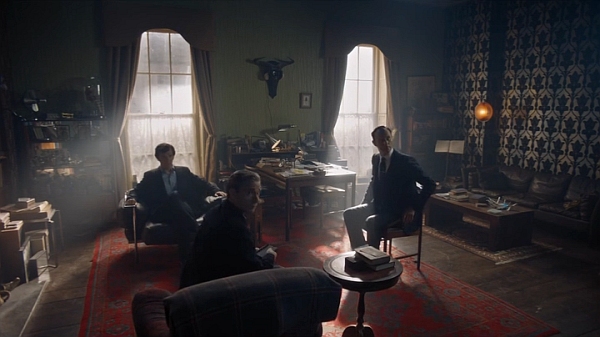 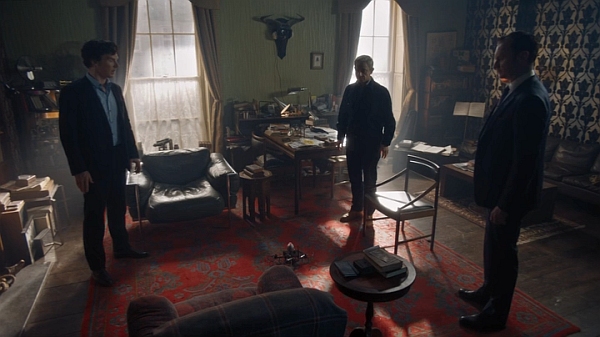 And the flat is one floor above ground, so jumping out the window is dangerous even without an explosion behind you. 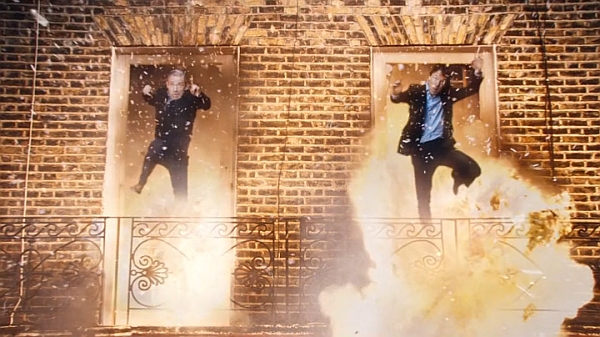 Maybe the grenade's purpose wasn't to kill them, but to motivate them to come to the prison. But if Eurus just wanted to make sure that the three would pay her a visit, sending them a grenade seems unnecessarily risky (also, if Mycroft knew for sure that the prison had been compromised, there is a chance that he would bring an armed security force with him to take back control).

The grenade was supposed to accomplish the following motives:

Out of the 3 Holmes siblings, Eurus is the smartest. She knew that even if Sherlock didn't know about the motion sensor grenade, Mycroft would definitely have some idea. Hence, she sends the grenade in Mycroft's presence. Also, the drone played that song(puzzle) which she used to hum to Sherlock.

SHERLOCK: What’s that silver thing on top of it, Mycroft?

MYCROFT: It’s a DX-707. I’ve authorised the purchase of quite a number of these. Colloquially it is known as “the patience grenade”. The motion sensor has activated. If any of us move, the grenade will detonate.

Prepares the viewers what to expect

The show can never resist a touch of drama. The big explosion somewhat prepares the viewers as to what to expect in the coming sequence and how devious their little sister is.

Ever since Moriarty shot himself on the roof, Sherlock has struggled to create a new villain; it has all been a downhill ride ever since and the show jumped the shark a long time ago. So makers this season were determined to restore everything back to square 1. Killing off Mary, Moriarty and all the other villains.

Gatiss explained: “Our original intention of the series was to go back to the beginning and see them as younger men and… restore it to its factory settings. But I think what’s actually happened is that we have now done the story of how the Sherlock Homes and Doctor Watson that we have always known, how they became those men. It’s actually really a backstory.

So towards the end of the episode we see Sherlock and John rebuilding and restoring their flat after the explosion. 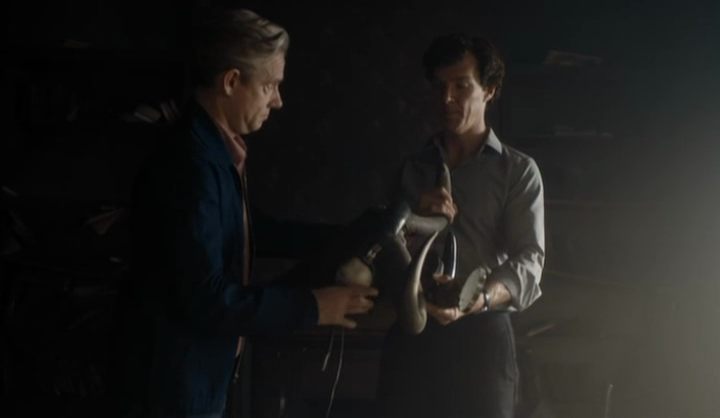 Eurus didn't want to kill them. She knew that her brothers were smart enough to get out of the situation and that it would get them motivated to go find her at the prison.

Also, Mycroft (I think) said the grenade would destroy the flat, meaning they had to wait for Mrs Hudson to move towards the back of the flat (where she keeps her Hoover). This would mean, had Mrs Hudson been standing directly beneath the grenade, on the floor below, she would have been killed (or very seriously injured).

However, as Rippy stated, we see the characters rebuilding and restoring their flat after the explosion, with no evidence or suggestion that the floor, at least, had been destroyed. Mrs Hudson would have been fine. The flat wasn't destroyed, just damaged a bit.

10
What year was "Flight" supposed to have taken place?
15
Did Miles Dyson kill all these policemen?
3
Why was the corpse of the duplicate of the bride supposed to be with the original, in The Abominable Bride? Was it there?
5
What was the final line in The Abominable Bride?
12
What was Batman hoping to accomplish by fighting Bane in the sewer?
7
Was Carter going to jump on the grenade?
15
Why are Sherlock and Mycroft written as snarky atheists?
32
What was the movie playing in Sherlock (The Final Problem)?
10
What was the antagonist trying to accomplish?