When I was little, I had this one VHS with home-taped cartoons [but not by us] that I watched endlessly. One of the cartoons was unknown to me even then, but it was very characteristic and I'd love to find it somewhere.

Here's what I know:

Info about the cartoon

Details from the cartoon

The whole story took place at the scale of insects, but I'm not sure if all the characters were insects. At the beginning, we see a pirate - who was a moth or a beetle - on a boat. He drinks a bottle of wine and uses the empty bottle as a telescope to spot some sort of princess.
At some later point, the main character sword-fights this pirate, and I remember some appendages (e.g. antennae) being cut off of the pirate, like the close-call haircut.

The main character probably rode a grasshopper, or something similar.

I also remember a scene where the hero is in some odd building, and a villain keeps pulling levers and drawcords to spring all kinds of booby-traps on the hero. Remainders of previous heroes are scattered throughout the building (a bit like in the volcano in Shrek). This scene may have been a different episode, if it was indeed a TV show, or just a continuation of the first part.

I really hope this rings a bell with someone, as google is not my friend on this.

Could be a polish animated series Przygody Błękitnego Rycerzyka from 1963 (can be translated "Adventures of Little Blue Knight"). Can't find anything about it in English, only polish sites come up.

Here are some pictures from it 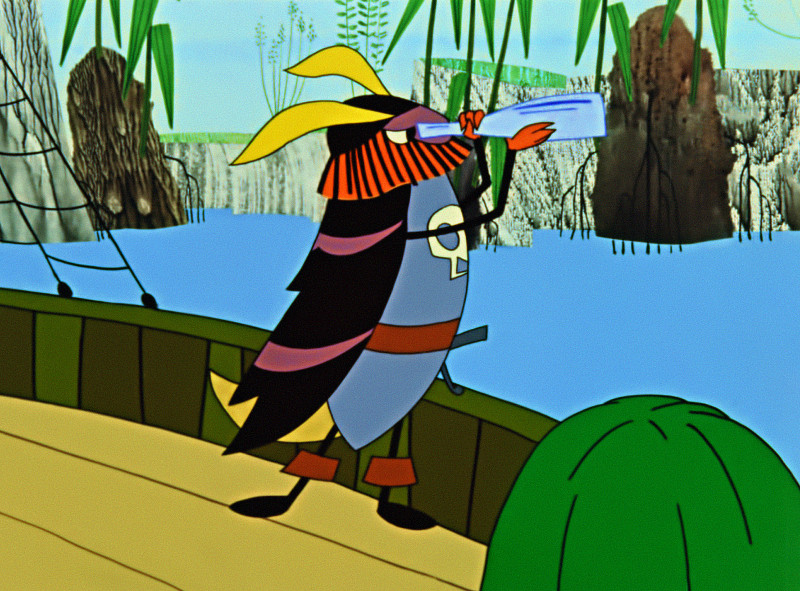 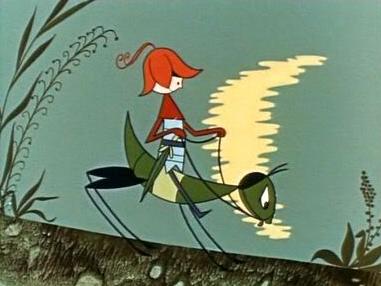 and here's the episode with the pirate you described (the title is in Spanish/Italian? but that's the show)