Why does Rose's grandmother say the following dialogue?

Before the film returns to Titanic, just after older Rose has explained to Mr. Lovett that the woman in the photograph is her, we see the following exchange of dialogue (whilst older Rose settles in to the smaller ship in search for the Heart of the Ocean).

Have you met my granddaughter Lizzie? She takes care of me.

We met just a few minutes ago, remember Nana, up on deck?

(shrugs it off, with a hand to the head, as if she doesn't know what she is talking about). 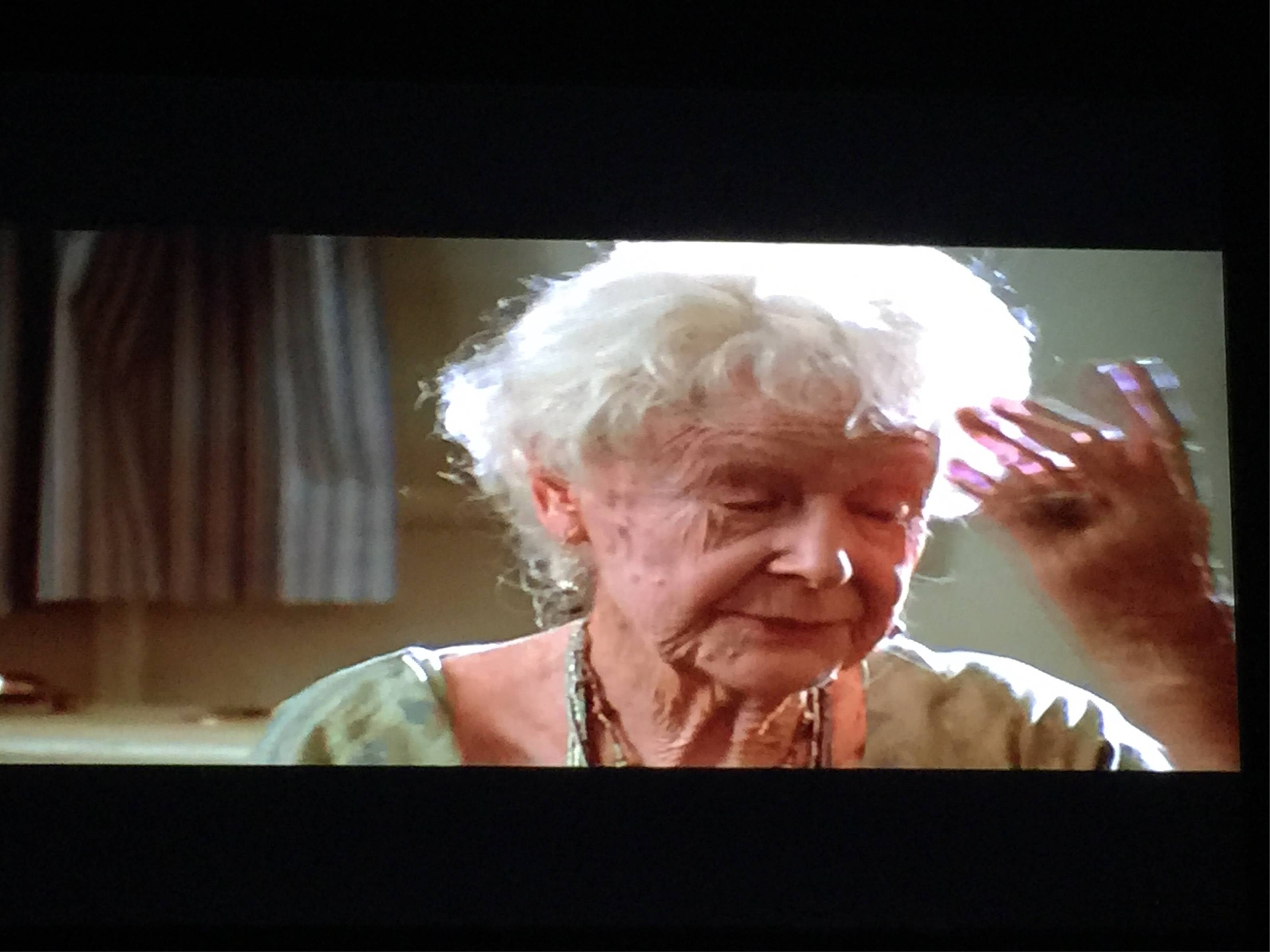 Excuse me for being a bit thick but what is the meaning exactly behind this? I must be missing something.

This is actually meant to confirm the doubts that Lewis Bodine had about her actually being Rose Dewitt Bukater. Lewis and Brock were arguing before Rose and her granddaughter arrived about the authenticity of Rose's story and who she really was.

LEWIS: She's a goddamned liar--Some nut case seeking money or publicity. God only knows why, like that Russian babe, Anesthesia. Rose Dewitt Bukater died on the Titanic when she was 17, right?

LEWIS: Okay, so she's a very old goddamned liar. Look, I've already done the background on this woman all the way back to the '20s when she was working as an actress. An actress! There's your first clue, Sherlock. Her name was Rose Dawson back then. Then she marries this guy named Calvert. They move to Cedar Rapids and she punches out a couple of kids. Now, Calvert's dead, and from what I hear, Cedar Rapids is dead.

BROCK: And everybody who knows about the diamond is supposed to be dead or on this boat, but she knows.

Yes...Rose was over 100 years old and more than likely suffered from some sort of short term memory issues. However, this particular scene was more of a light comic relief confirming the suspicions of Lewis.

After Rose arrives and is unpacking, Lewis and Brock go to check on her. This is when Rose has her short term memory lapse. Immediately following her shrugging off her comment, we see Lewis roll his eyes to Brock in somewhat of an "I told you so" manner.

17
Why did Lovett invite Rose aboard his search boat in Titanic?
3
What does the carnie say?
29
Why did Rose throw the diamond necklace overboard?
1
What does 'All Stop' mean precisely from the captain?
2
In the collage pan of Rose's pictures in Titanic (1997), what was this picture intended to exhibit?
2
What does Kenny say to James?
4
Why does the grandmother in Rapsittie Street Kids talk in gibberish?
15
What happened to Rose's mother after the sinking?
2
What does this dialogue mean in The Barefoot Contessa (1954)?