Why do Cleo and the other robots build a bug like creature using a nuclear battery?

In the movie Automata, as the plot progresses it is revealed the robots without the second protocol need a nuclear battery. What was the aim behind using that nuclear battery to build a bug like creature?

The second law of robotics in Automata is that robots are not allowed to repair or modify themselves. While not specifically mentioned, this probably applies to creating new robots as well. But these new robots need a power source, something reliable, like the supposedly super rare nuclear batteries in the film (I say supposedly rare, because Jacq finds three in them in the course of like 2 days).

The spider-robot (as I call it) is presumably their first attempt at this new evolution of robots. But since they are never allowed to have tools or spare robot parts, they also don't have a spare battery to power it. A nuclear battery is nice, because it will produce electricity for decades.

[The head robot] says that humans are basically going to die out, but their memory will live on in the robots, noting they have hands only because humans do. Then this same jerk robot builds a new robot that looks like a spider. So much for the image of man living beyond the species. - Jack’s Bad Movies – Automata 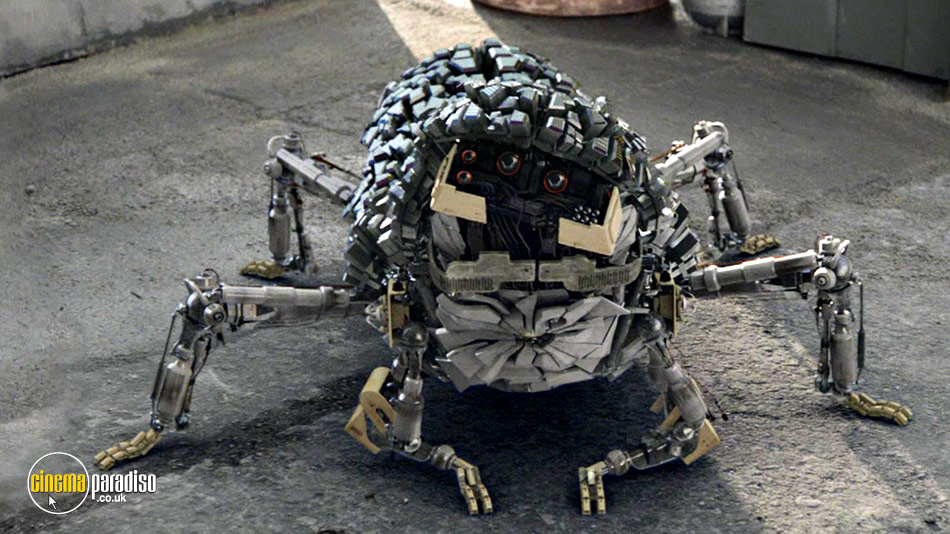 Consequences of something designed by robot committee

Not the answer you're looking for? Browse other questions tagged plot-explanation automata .

5
If Liber8 can hack Keira, why doesn't Keira or Alec hack them back?
8
Inconsistency about the girls in “Prisoners”?
4
Why is the interrogator the only person to notice that not all the missing nuclear material has been found?
33
How did the watch do what it did?
5
Who invented time travel in Terminator Genisys?
8
What happened to Claire?
4
Why aren't robots fighting back in Automata?
4
Why did the Blair Witch need James and Lisa to look at it?
21
Are the guests in Westworld forbidden to tell the hosts that they are robots?
5
Why does Skyler White leave home early and come back in the evening?