Read the braille on Khatun and Prarie's father's faces (The OA)

In episode 4, Prarie/The OA meets Khatun again, she appears to have little bumps which look like braille.

This is a longshot but can anyone read any of this? 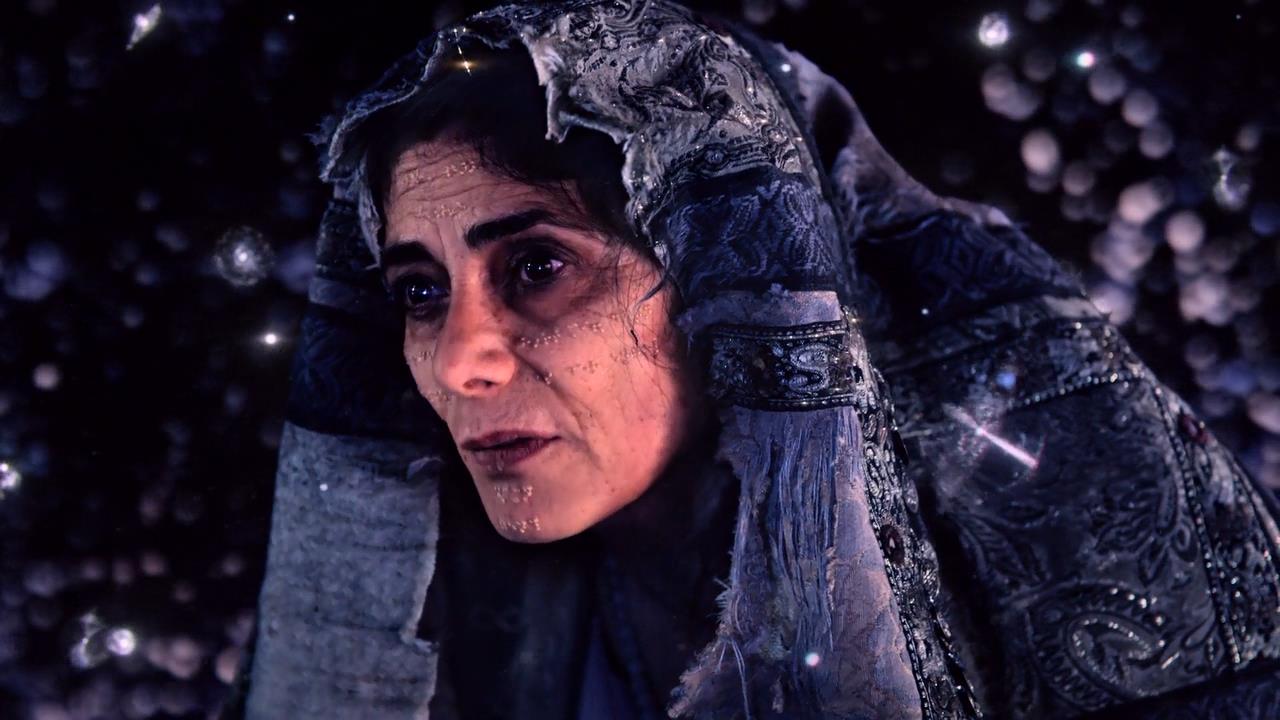 A high resolution version can be seen here

It's just been pointed out (thanks @user1118321) that there is also braille on the father's face also, I think this one is too difficult as the face is small relative to the screen: 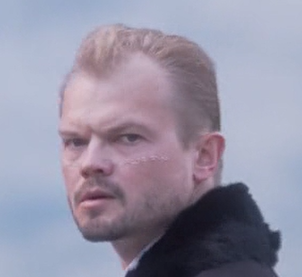 This reddit thread seems to think it maybe who if then because and angel but it's ambiguous for the father:

Ok here's what I have so far: The braille is in German. The top row on Khatuns forehead says "wer wenn' which translates to 'who if'. I can't figure out the bottom row on her forehead. Her right cheek, left screen I can see only close to her nose. Top says 'denn' or 'because' and bottom says 'engel' or ' angel'. Left cheek, right side of screen, I can only see another 'engel'. For the dad, I can only make out his right cheek, on the left side of the screen to say '5 as leere jene' which according to Google translate is '5 as empty ones'. I've been seeing a lot of braille characters that I just can't find in any alphabet online, one in particular that looks like the bottom right angle of a square. Hope this helps.

Seems there is more braille here on the wall (thanks @starry for pointing this one out): 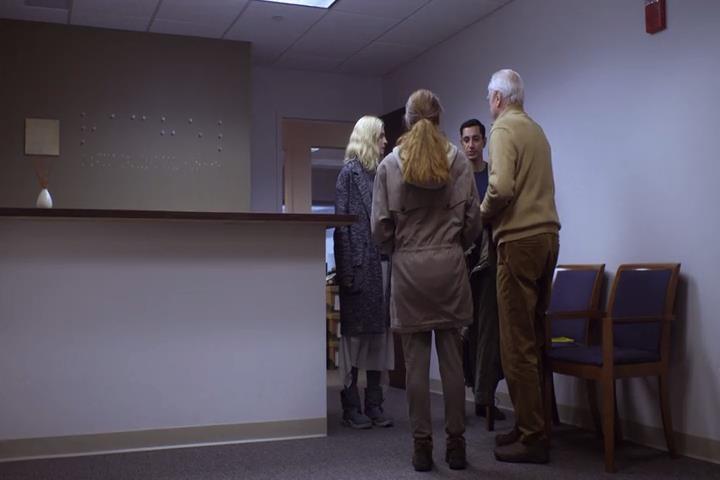 The Braille in the office says Rachel.

Since I only speak English I couldn't decipher the face Braille on one cheek but it looks like "hirt meg" or "hinrt meg". It's hard to tell because of the shift in cell placement, because it's not on paper.

One word on the chin looks like "genl" or "genth" - again hard to tell.

"hinrt" means "hints" in German and I see "engel" on that cheek too which is "Angel".

If I had a clearer image I could tell you the letters.

Not the answer you're looking for? Browse other questions tagged the-oa .

11
Why did French see himself as Homer in the mirror?
5
How did the OA acquire her wisdom?
12
The OA last episode - FBI Agent's involvement?
8
Why did Khatun Speak Arabic?
5
Why did Netflix cancel the OA after season 2?