How did Blofeld's control center manage to have live video feed of their own spaceship?

In You Only Live Twice, Blofeld's launch control room had a monitor that displayed a video feed of their own spaceship, from the side. 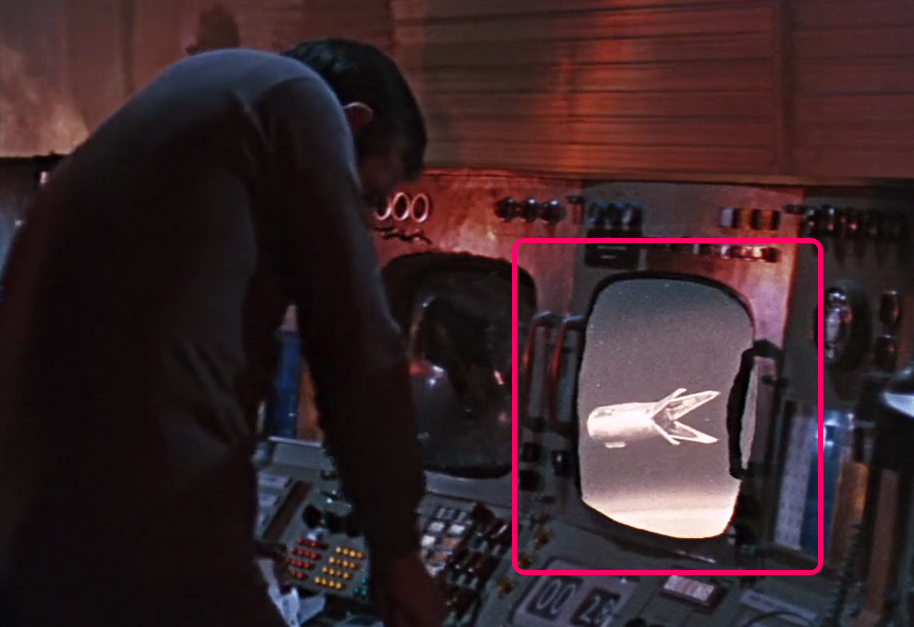 How did they manage to do that, in-universe?

A satellite or other auxiliary spacecraft.

In the 1967 film, no explanation is offered by any of the SPECTRE agents as to how they are able to monitor their spacecraft closing in on the American vehicle in orbit, even though as the o/p correctly points out there is a live video feed displayed on a tv monitor screen in the SPECTRE control room showing it from a distant point-of-view that is clearly also in orbit.

I had always assumed that this is a vision feed from a SPECTRE communications satellite in a similar orbit. But I cannot find any other evidence in the film, apart from the obvious monitor pictures themselves.

In the plot, Blofeld is monitoring the capture of the American capsule because he intends to blow up his own vehicle immediately after the capture, in order to visibly destroy the American mission so as to cause a third world war. Hence he needs to be able to see when the capture occurs, to be sure of achieving this goal. Thus there is a legitimate reason why SPECTRE would have that monitoring capability, and so the plot is implying it is a SPECTRE satellite doing the monitoring. Bond simply doesn't waste any time on the point, having too many more pressing problems.

For those who don't recall the 1960s, there were in that decade many communications satellites in orbit: it was not a wild, science fiction idea. The space missions shown in the film were all potentially possible, as they all occurred in Earth orbit. The only element of fiction was the idea that anyone other than a major government could afford a manned spaceshot!

25
Why did Zod ask for Lois Lane to come on their spaceship?
13
How did the Enterprise return to their own timeline at the end of First Contact?
9
Did Adam have a chance to live?
25
How Did Obara Sand manage this?
9
How can gods be affected by their own power?
31
How did Leia manage this feat?
9
How did Voldemort, Bellatrix, and Lucius manage to keep their wands?
0
How were Danny & Abra getting their shine to live?
2
When do angels have control over their wings?
4
How did 'He who remains' manage to live for so long?