Are the methods and tools used by Veronica Mars plausible?

While I was watching the three seasons of Veronica Mars and Veronica Mars (movie) I was surprised by some of the ways she used to investigate people and therefore to close cases.

In particular, a recurring topic in her work is to perform a "background check" on people. In several occasions she is depicted surfing on a private website where she logs in as vmars (IIRC) and then she types the name of a person, immediately getting a lot of information such as home address, car plates, past convictions (is this the correct term?) and more.

Here's an example of one of these pages from S1E3: 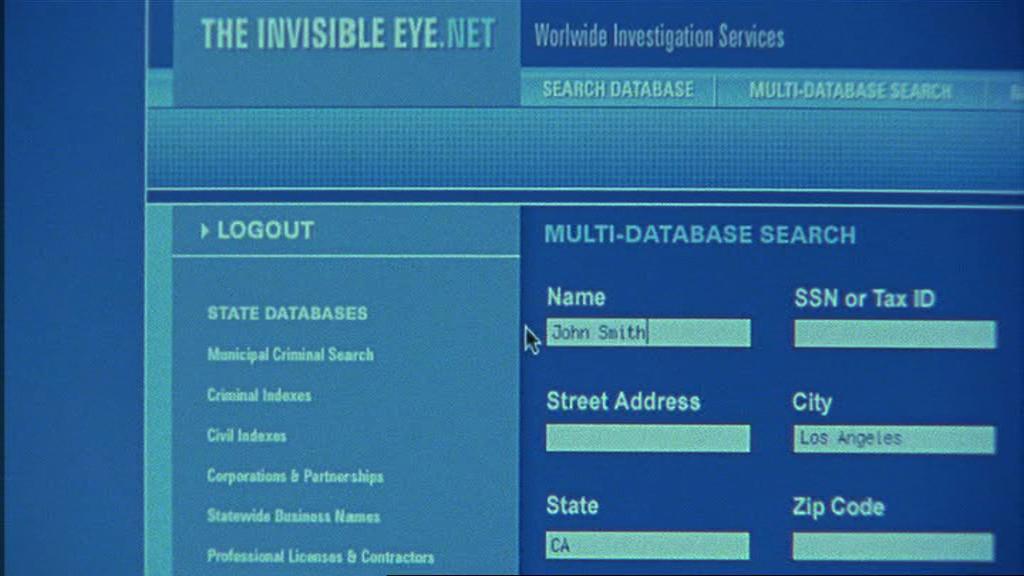 She also uses bugs to snoop conversations and she makes it seem like she can do that. Generally speaking, the show seems to depict a character that has a kind of legitimate or at least effortless access to a lot of information related to strangers. To me, this looks quite fictitious or at least inconceivable where I live (in the EU).

I'm not talking about when she asks Mac to do some hacking (which is amusing to see and at the same time I can understand whether it's real or not since I am a computer scientist). I am talking about tools she can just use or inquire to get information in an easy way.

Thus, speaking about her means, my questions are:

information such as home address, car plates, past convictions (is this the correct term?) and more.

Most of these would be considered public information in the US, and can be bought and sold by 3rd parties with impunity. In some states, this is a matter of public record, and there are government run websites that provide this information. Like Florida, which has to, by law, provide access to conviction records online. A cars registration is a public record in many states.

Any number of private, for pay, on demand services provide basic bulk record searches. All they do is aggregate lawful, public data.

Bugs though, are covered under state and federal wiretapping laws, and are illegal for non-police in 99% of the cases, in 2 party states. In 1 Party states, the owner of the line or one side the conversation can give permission to tap it, but thats risky. 1 party states only require one party of the line to know it is being recorded for it to be legal.

It really depends on what she does with the recordings or bugs. It would never be admissible in court, and if she uses it to blackmail, that's a felony. Wiretapping rulings vary be district.

As for licensing, it varies by state. 7 states do not require any licensing to be a Private Investigator. If no license is required, you can't distinguish a legitimate PI from an individual acting unlawfully.

The fact that Veronica is employed by her father seems normal. Most licensing states require an internship or fellowship or apprenticeship under a licensed PI as part of the licensing process.

Is it plausible that a PI in the United States can background check people by using very convenient search engine-like tools? Do these tools exist and are they expensive?

There are tools that exist and are free (like google), but for a more through search, you would need to hire a real PI who has developed "sources" of information throughout the years, and knows where to look, in addition, some databases require a PI License.

Is this possible for a person who is not an officially licensed PI such as Veronica? If it is possible, is it even legal?

Yes, only from publicly available sources, as a PI you have a duty to protect people's privacy.

Do the answers to the above change if we consider that the series was taking place between 2004-2007 and not nowadays?

Absolutely! Google was not what it is since 2004, although PIs did use publicly available forums.

Does it make a difference whether or not she is employed by Keith Mars? Can she freely use bugs to intercept people while they are talking? What about a PI?

Nope, it is illegal to intercept conversations, she will go straight to jail if caught. PIs will be arrested as well. They do not have any police powers. For more info on requirements and current laws and links on becoming a PI in the USA I found this guide for becoming a private investigator.

3
What does the incorporation of Neptune imply?

2
What is the deal with Veronica Mars's mother?
4
Has missing information been provided for the time between the Veronica Mars TV series and the movie?
1
Why did Veronica Mars series end in the 3rd season?
5
Are The Mechanic's tools and gadgets real?
1
What is the earliest time in history a non-science fiction movie or TV show is set in?
2
Why are children laughing heard at the very end of Veronica Mars Season 2 Episode 17?
4
Why did Keith Mars refer to Veronica as Felicia?
5
Magic behind 3.6 roentgen/hour in Chernobyl TV series
5
Are Rob Thomas the musician and Rob Thomas the show creator the same person?