Communication between Trinity and Neo

Where or how do people talk to others such as Trinity and Neo did in The Matrix?

I have developed an interest in computer hacking stuff. In the scene where Neo is asleep at his computer Trinity is found typing: Neo wake up. Follow the rabbit. (More or less)

My memory isn't perfect but I think the computer screen was blank and all that was seen were the words Trinity was typing. No interface.

I am thinking Trinity hacked onto Neo's computer to talk to him or Neo was doing some sort of hacker thing where other hackers can access him or talk to him perhaps a program or website. But keep in mind the blank interface. So my question is...is there something out there like that and if there is what is it? The blank screen or interface is of special value because it's like who is this?!

My memory isn't perfect but I think the computer screen was blank and all that was seen were the words Trinity was typing. No interface.

You are correct, sir. This is Neo's computer screen at the beginning of The Matrix: 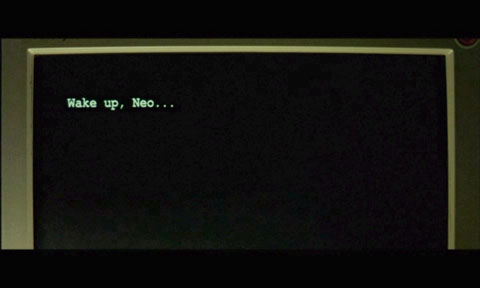 So my question is...is there something out there like that and if there is what is it? The blank screen or interface is of special value because it's like who is this?!

I'm not aware of any computer program that is literally just input text and nothing else, as depicted above. Even a simple chat program generally has a prompt where you type stuff, and will indicate the username of the person who types a given line.

However, as Iantokelly mentioned in the comments to your question, there are many, many computers running command-line interfaces (CLI) in the world of software and web development. I'm not in any way a hacker myself, but my sense is that a lot of hackers probably prefer CLI over GUI (graphical user interface, ie: Windows.) A traditional CLI operating system looks something like this: 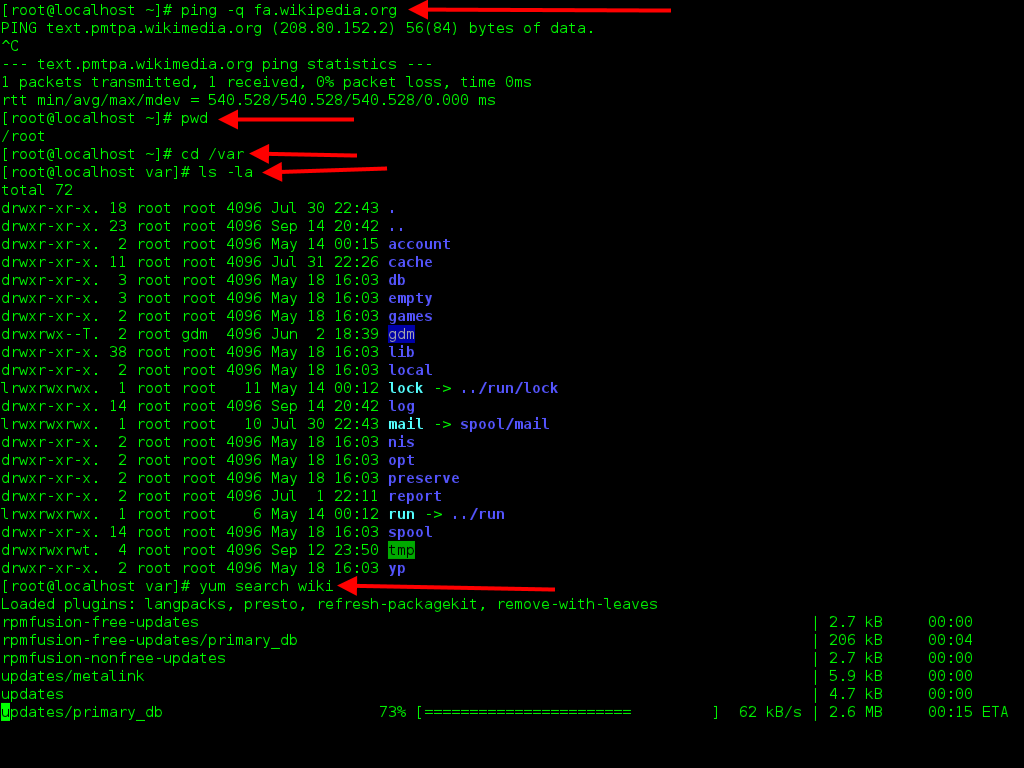 I added the red arrows, of course. They point to the lines where the user typed something in. (Everything after the "#" is the user input, everything before is the command prompt.) The rest of the text is the resulting output of the command entered above.

This screenshot has green text, which seems appropriate because we're talking about The Matrix. Of course, the colours of the text and background are something you can change in configuration files.

Where or how do people talk to others such as Trinity and Neo did?

People don't communicate like that in the real world. Not exactly like that, anyway. If you're developing an interest in computers and hacking (strictly white hat, I trust - I'm certainly not condoning anything illegal or malicious here) then the first thing you should probably do is disregard movies like The Matrix. They're good for entertainment, sure, but you aren't going to get very much practical information by watching these sorts of films. Even if we're talking strictly about "just the computer parts" there's really nothing realistic in The Matrix.

A more recent, and much more realistic depiction of computer hacking would be the TV show Mr Robot. It may not be 100% accurate either, but it's lightyears beyond anything else I've seen. Of course, it's also full of mature content (it's hard to tell how old you are from an online post, so your parents might not want you watching stuff like this just yet). Also, the "heroes" in the show are very much black hat hackers - not the sort of people one should aspire to be like in real life. But the technology used and computer screens shown are spot-on.

If you want to get involved in chatting with people online, you could start with a something like IRC (internet relay chat.) mIRC is a common IRC client program that can be installed on Windows machines, so it's probably a good place to start with that. You'd have to find appropriate channels to join and talk to people in, of course, but the client you choose should help you with that part.

(If you're running something other than Windows, just google "IRC client + [YOUR_OPERATING_SYSTEM]" and you should find something equivalent.)

Everything Steve-O said seems correct to me. One thing I would add is that Trinity and the others she works with are able to manipulate the Matrix in a way that normal people in it can't. They can even go so far as to change physics to enable higher and farther leaps and survive greater falls, (and eventually slow and stop bullets). There's no reason they couldn't change things to blank Neo's screen and type a message directly to him. They're already jacked into the communications systems as they use telephones to get themselves into/out of the matrix.

Not the answer you're looking for? Browse other questions tagged the-matrix .

14
Did the Oracle somehow know the fight between Neo and Smith would work out in favour of the humans?
14
Why does Morpheus believe Neo is the One
65
Why does Trinity's kiss revive Neo in The Matrix?
11
Actual purpose of Neo
25
How does Neo know about the matrix before being removed from the dream world?
10
Is Neo living in two worlds inside the Matrix?
3
What fighting style does Neo use while sparring with Morpheus?
8
What did the red and blue pills physically do in the Matrix?
20
What program is Neo using?
3
Why does Morpheus tell Neo that he is the one over a tapped line?