In the movie Watchmen (2009) in the first Rorschach scene, he stumbles upon two policemen.

One policeman shoots from a very short distance at him. We can see that Rorschach is very close, as the blaze of the gun is visible on his mask, and we can assume that the policeman has no trouble aiming at him - Rorschach doesn't move and the policeman does not change the position of his gun when firing (so I assume he doesn't have to correct his aim).

No, he's not bulletproof.

This confrontation with the police wasn't in the original graphic novel. There, Rorschach finds the Comedian's hiding place, lays out everything on the ground, releases his trademark "Hurm", and the next page cuts to Rorschach ambushing Nite-Owl at his house to inform him of the Comedian's murder.

Rorschach is the son of a prostitute who dons the mask to scrawl his own moral design on a world of cowards willing to watch their neighbors raped and murdered. Nobody shoots at him in the original graphic novel (even when the police later capture him, they dog-pile him instead of firing), and it's likely that if anyone did, his crime-fighting career would have a sadly realistic and anti-climactic end. In the comic, his only action that might count as superhuman is being able to survive Antarctic temperatures wearing only a trenchcoat. Otherwise, he's a totally ordinary guy — just tough as nails, extremely tactical, and a good street brawler.

How is it possible that Rorschach does not get hurt after several gunshots?

Zach Snyder's a director who values visual style over realism. His rendition of Batman in Batman v. Superman: Dawn of Justice has a memorable scene where a cop catches Bats branding a criminal, then shoots at him with a shotgun no less than four times while he somehow dodges with superhuman reflexes.

I'd chalk this one up to Rule of Cool. It's not the sort of scene Snyder means for you to question, though it does look bizarre.

No so. He's wearing a trench coat, and many bulletproof vest are easily hidden under a large coat. He could have one, or even something made by Nite Owl II (like his grappling gun), but no. The Rorschach wouldn't wear one.

Because the Rorschach has a death wish. Which is why he doesn't wear armor, or use a gun liberally. Why he has no problem taking on multiple people at a time. He wants to die, but doesn't want to commit suicide. This is also why he doesn't flinch at the cop aiming at him.

So given that he doesn't have armor, how did he survive? The cop simply missed. 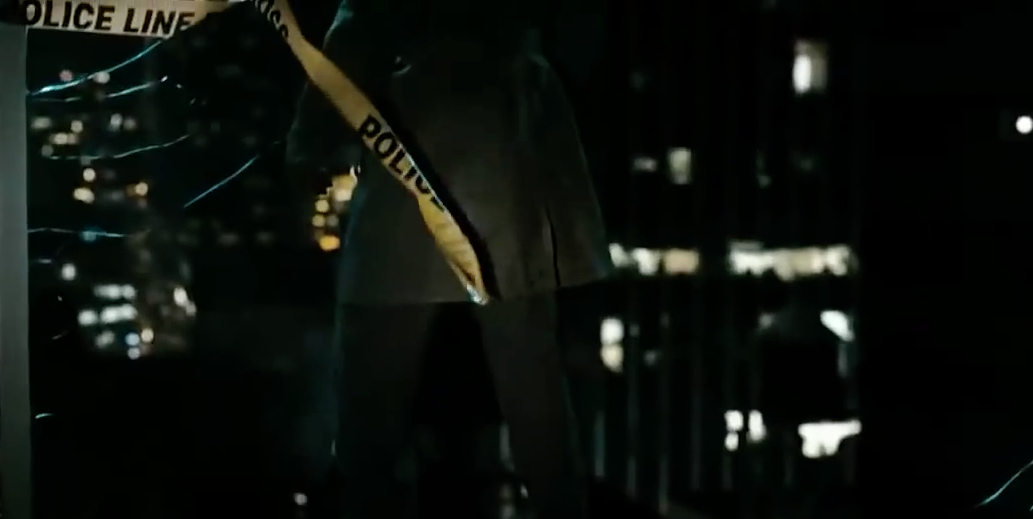 Look how dark this apartment is. And it's movie dark, in real life it would be much darker. You can't barely tell where Rorschach's legs and arms are, outside of the flashlight. Once the cop puts down the flashlight, he's basically aiming blind. He misses. Rorschach gets confirmation that the cop is useless, so he jumps and moves on.

Also keep in mind that Rorschach is a legend, a myth, a boogieman in the masked hero world. The cop was scared. His partner was hurt and a murderous vigilante is standing at a window staring him down. Later in the film, 5 cops freeze up when they see Rorschach.

16
Why does Rorschach speak with such a growly voice?
6
Why does Alfred suddenly start to encourage Bruce's darker side in episode S01E08?
6
Was Rorschach suicidal?