Why did Cassian Andor abandon his mission?

In Rogue One, Captain Cassian Andor is assigned a mission to kill Empire Science officer Galen Erso. With Galen in his sights he hesitates to kill Galen. Why?

We know Cassian is a Rebel and has no qualms about killing people, even if they aren't Stormtroopers. In the scene pictured below, when he meets with a Rebel informant (on his side) he kills him, presumably to protect information.

So why does his conscience perk up with the assassination of Galen Erso, who is indirectly responsible for the destruction of Jedha City which he witnessed first hand? 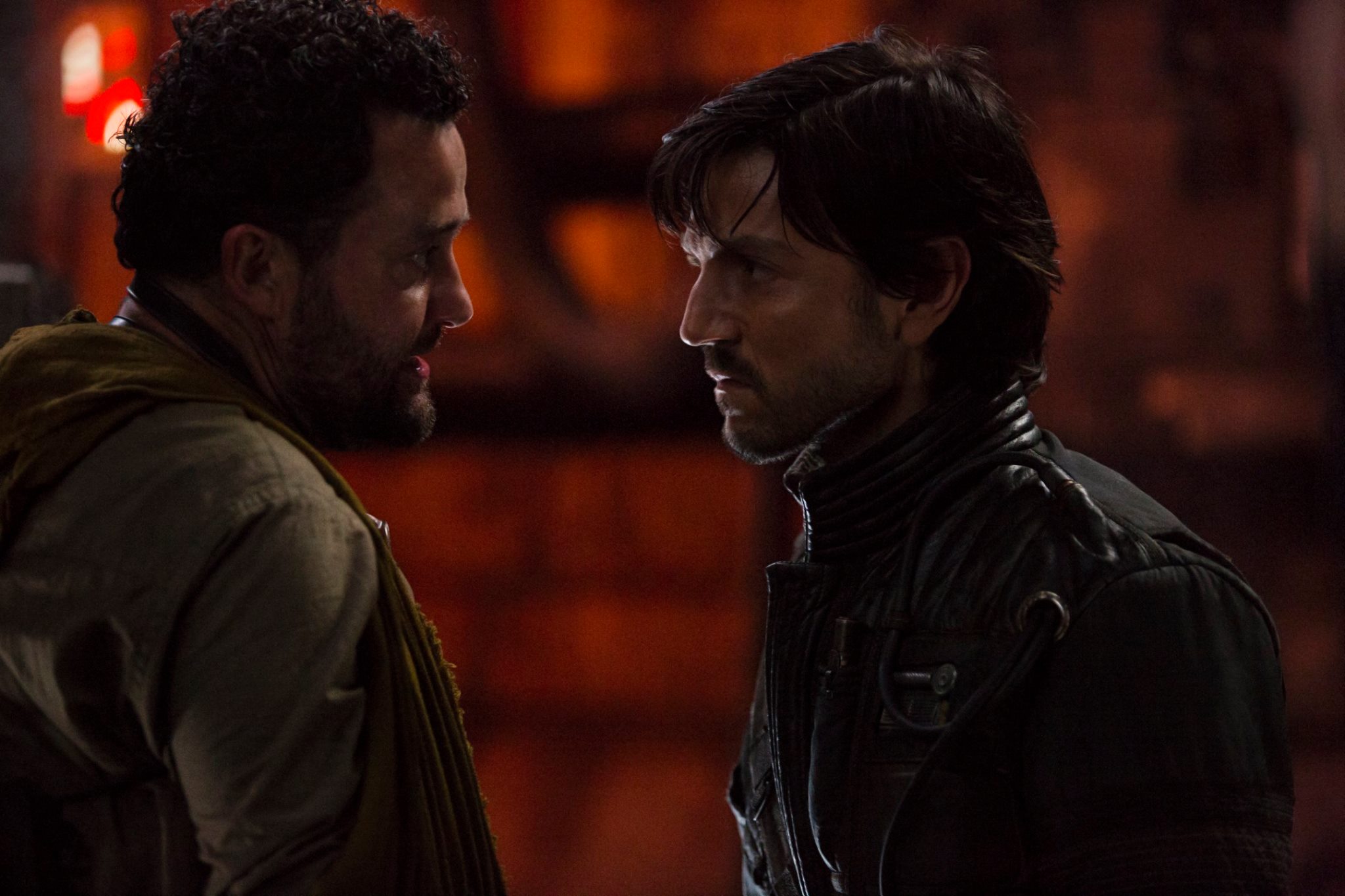 Official novelization by Alexander Freed covered this in detail (being a book, it's easier to show what's in someone's head).

Destroying Jyn - that’s what it would be, you can admit that much—was his best option. If she did realize what he’d done, she’d turn that feral need against him. She’d want him dead, probably sway the Guardians of the Whills and Bodhi against him as well.
The engineers were arrayed in front of Krennic and Galen. Krennic’s retinue of black-clad troopers fanned out. A few more steps…
Maybe that wouldn’t be such a terrible way to go. He’d assassinated better men than Galen—an Imperial collaborator, the man who’d built a planet killer, remorse be damned. And if Jyn came after Cassian, he’d die for his crimes. There were worse deaths.
Was that what it had come to?
Galen stepped forward. Cassian had the shot.
But he was breathing too hard now. The rifle rose and fell. He clamped a hand on the barrel, lodged it firmly against the rocks.
He was tired of crimes he never answered for.
The Death Star is your answer. Finish this mission, and all is forgiven.
He looked at Galen Erso through his scope and saw his daughter’s eyes.
With a hoarse and ragged cry, he swept the rifle away from the rocks and set it in the mud at his side.

Not the answer you're looking for? Browse other questions tagged character star-wars rogue-one .

23
Why did Sandor 'The Hound' Clegane abandon King's Landing in the middle of battle?
6
Why did Galen Erso abandon the Empire?
14
Did they shoot a different ending?
14
Why did Vader dislike Krennic?
18
What exactly did Vader do with his hand in Rogue One?
0
Why did Rogue One have such an abrupt tone shift?
2
Why did Jyn and Cassian take off their imperial uniforms?
4
Did Vice Admiral Holdo know about Rey's mission?
5
Why did the Death Star fire on Scarif?
6
Why did Darth Vader not try stopping the space shuttle at the end of Rogue One?