Why does Stryker look 'distorted' in X2?

During the assault on the X-Mansion Colonel William Stryker meets Wolverine and says '...me on the other hand, nature.' while his face looks weird and distorted and it appears as if he's done something to himself. He proceeds to correct the distortion with an adjustment of the cheek and looks slightly more normal. Has he done something to himself or is this simply a cinematic effect?

This is a very brief moment, almost of a few frames which could be missed if not carefully looked at.

He's smiling, somewhat wryly I will admit, but he's just indicating that nature has taken it's toll on him. His face doesn't look the way it did 15 years before...which is when he last saw Logan.

You also have to bear in mind that he moves from shadow (where we can't see his face) into the light during this brief speech...perhaps you're seeing the transition of that, plus the start of the smile, as a distortion. 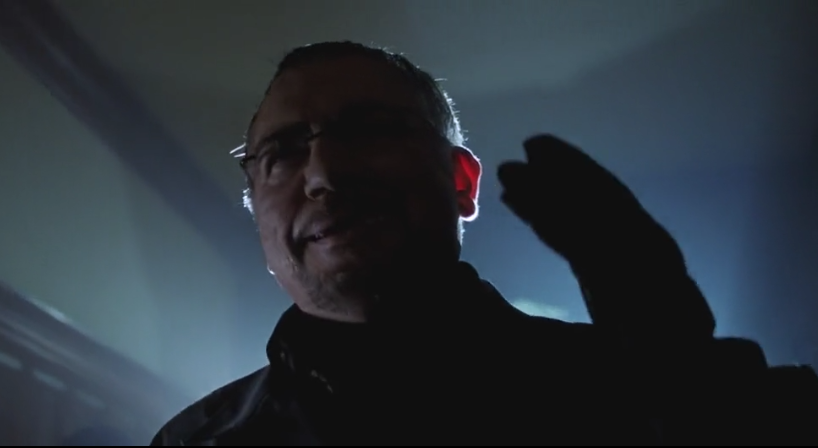 Wolverine is hallucinating or having a flashback, causing him to see a younger Stryker face instead of his old face. Strikers line on the other hand, is to point out yet again that Wolverine doesn't age unlike natural humans like Stryker.

As shown in almost every movie, Wolverine has PTSD triggers surrounding Stryker and Weapon X project.

Not the answer you're looking for? Browse other questions tagged character x-men-cinematic-universe x-men-2 .

12
Why does Loki look like an Asgardian?
8
Why isn't Magneto more powerful?
14
Why does Ben Affleck / Bruce Wayne look old?
6
Why does William Stryker say he gave Wolverine claws even though he had them way before?
7
Why doesn't Yuriko get suspicious that a janitor is in a handscan-protected room?
0
Why didn't Nightcrawler teleport everyone to a far place?
7
What happened to the bullet that William Stryker hit Wolverine with?