Are those "Through the Looking Glass" movie background quotes anyhow related to Lewis Carroll?

In the movie Alice Through the Looking Glass in mental institution scene (around 1:10:10) there are two quotes at the back wall. These two quotes fit greatly to the scene and bridge the underline topics of Alice´s sanity and personal aspirations in the movie - obedience to traditions of times and interpretation of Alice´s actions. But I wonder, are those somehow related to Lewis Carroll works - either with "Through the Looking Glass" book or other literary works-writings? 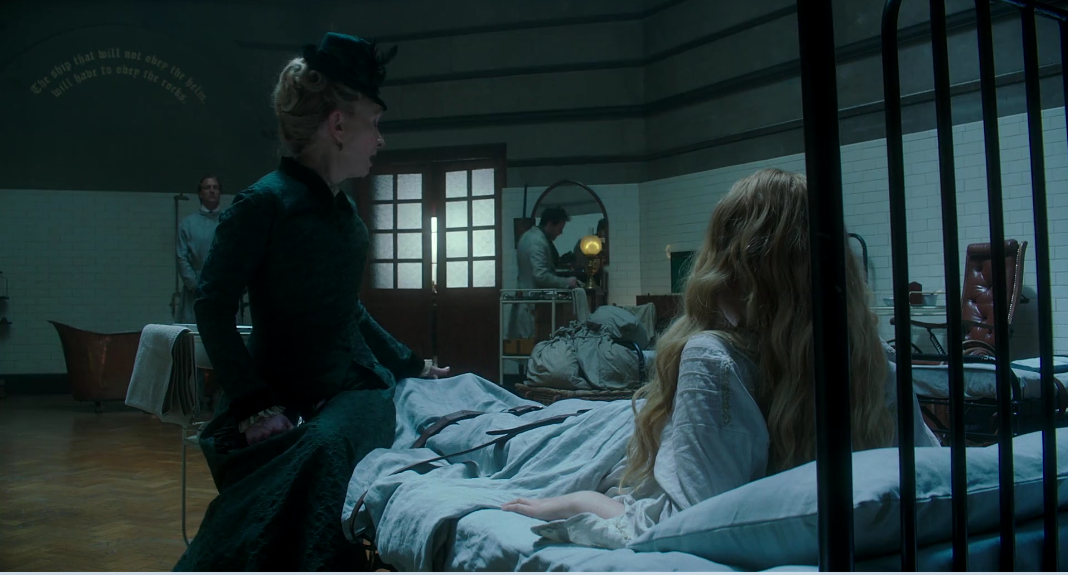 Sometimes you need to be cruel to be kind 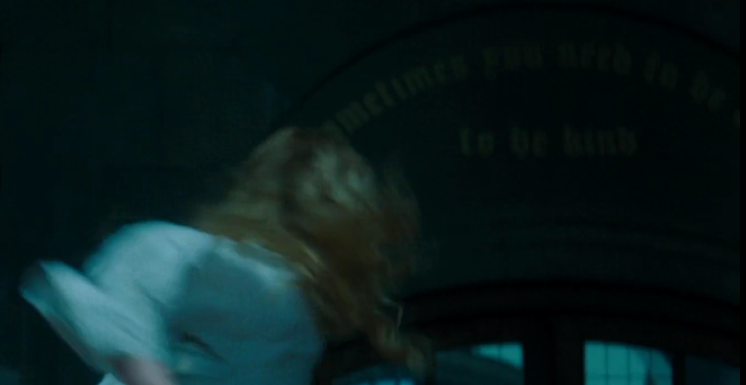 I do not know the source of first quote, all I found, that it is an old English proverb. The second quote, as quite famous, can be dated back to Shakespeare "Hamlet" (Act 3, scene 4, lines 173-176). "I must be cruel only to be kind". What I am looking is Lewis Carroll´s reference, own interpretation or usage of them in his writings. Or it simply was directors choice to add those quotes to help with interpretation of movie sub-themes.

While I haven't seen this particular movie, I am a big fan of the original stories, as well as other media adaptations.

I did a full text search of the original two books by Lewis Carroll, 'Alice's Adventures in Wonderland' and 'Through the Looking-Glass' I searched for both quotes, individual words, and a number of synonyms, and found nothing.

My gut feeling: while I suppose the first quote could have fitted in the original stories, the second one feels really off.

I have, however, found something similar to the second quote in one of my favourite adaptations: 'Alice: Madness Returns', a video game from 2011. The plot in that game (and in the prequel from 2000) involves Alice having mental problems due to traumatic events, and consequently being put in a mental institution. As this happens in the 19th century, this is framed in quite a horrific manner.
During a flashback, one of the nurses (nurse Witless) is saying "'Cruel to be kind', that's my technique as they say, but she's as mad as a hatter, poor dearie!"

Based on the picture in the original question, I'm thinking the film makers have been inspired by the general motif of the video game, and have therefore used the second quote.

6
Who are the characters from which the five detectives are based in movie Murder by Death?
2
Why didn't Time use the glass to chase Alice in "Alice through the looking glass"
13
Are there any references in the movie 'Jason Bourne' that acknowledge the continuity of 'The Bourne Legacy'?