How did Preacher get away with an exploding Tom Cruise?

In the pilot of the TV show Preacher, the space entity tries to find a host and targets a religious figure. And then we see a news title showing "TOM CRUISE EXPLODES". 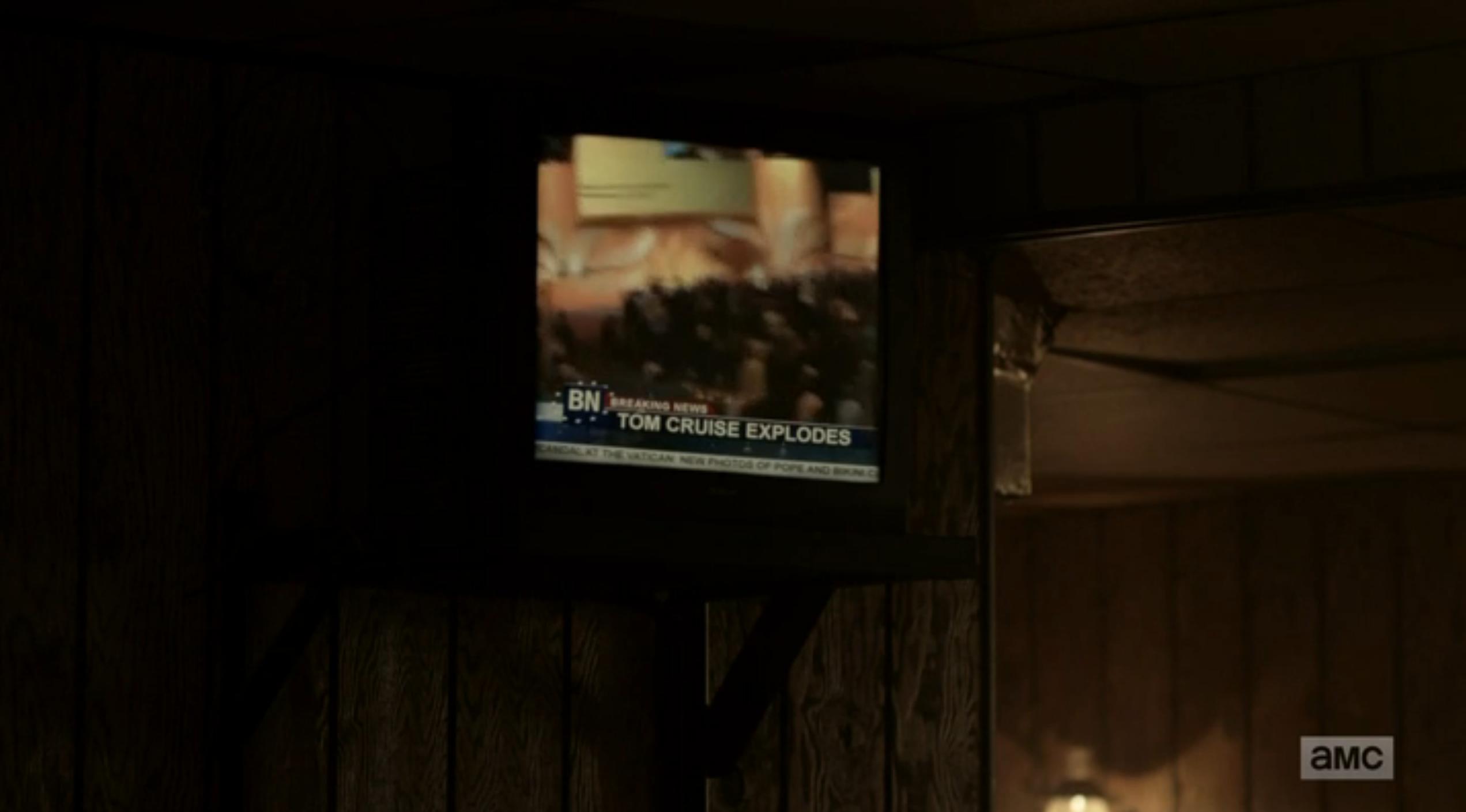 Obviously a nod to the actor's association with Scientology. But how does the maker get away with it? Did they take special permission to use it for the show from Tom Cruise or the Scientology heads?

IANAL but my understanding is that provided the name of a public figure is used for satire or commentary the program makers are protected under the First Amendment (Free Speech) of the US Constitution.

Satire and parody are important forms of political commentary that rely on blurring the line between truth and outrageousness to attack, scorn and ridicule public figures. Although they may be offensive and intentionally injurious, these statements contain constitutionally protected ideas and opinions, provided a reasonable reader would not mistake the statements as describing actual facts.

Because liability for satire and parody hinges on a reasonable person’s belief about the truthfulness of the commentary, you would be wise to consider various factors that may help ensure that a reasonable person would recognize your material as protected ideas and opinion rather than actual facts that could be defamatory. The context of the entire publication is important, so no single factor included below is guaranteed to protect you from liability, nor is an inclusion of all of these suggestions necessary:

Still, if Cruise had objected violently, the program makers could have removed the footage from the previews that were distributed. According to reports Cruise "wasn't happy" but it seems clear that he wasn't that unhappy enough to do anything about it.

"We might have got a call from his camp just kind of asking what the story was. I’m not sure how that wrapped itself up."

Rogen also admitted that he would rather not have to deal with issues regarding other celebrities.

"I’m a coward. I try to avoid those kind of things at all costs.".

Given that the show blows Tom Cruise up in the pilot, what do you all plan to say to him the next time you see him?

Not the answer you're looking for? Browse other questions tagged production preacher .

8
How did they get this shot in Metropolis?
2
How does Impractical Jokers get the permission to be in places like IKEA?
1
How did "Good Kill" get the cooperation of the Air Force?
10
How did Odin Quincannon's actions serve God?
4
How did Rizzoli & Isles get the weight gain/loss "before" pictures?
5
What did Denis say in French during season 2 episodes 3 & 4 of Preacher?
14
How do comedy and news shows get access to so many clips from other networks' shows?
9
How much of the "Box Office" amount does the studio get?