Woman trapped in her house by dead alien's forcefield [closed]

I am trying to identify an old film, or possibly a 30 minute TV show. It involved two aliens who looked like men going to a boarding house on Earth. The aliens could control a force field shaped like a large rectangle and possibly other things. They had a rubber-like half dome thing in the palm of their hand. When they pushed it with their middle finger curling back it activated a force field.

The other alien then came and I think used a needle type thing and opened a corner or little section of the force field just enough to put his hand in and retrieve his alien friend's dome thing. The force field then shuts back and traps her forever and the alien walks out the door.

The Bellero Shield (Season One, Episode 20 of the original "The Outer Limits" series)

"Sure enough, he soon reveals that he has an impenetrable shield. Judith, who wants to get her father-in-law's empire, kills the alien and takes his device. She then claims Richard Jr. developed it and offers it to Richard Sr. if he will name his son his heir to the Bellero empire. Richard Jr. seems quite willing to play along with this until Judith (and the audience) discovers that the shield- generator is powered by the alien's blood. When Judith took it, she broke the connection and now she's trapped in a force field she can't shut off with her air running out."

In this picture you can see the half-dome shield generator thing in the woman's hand: 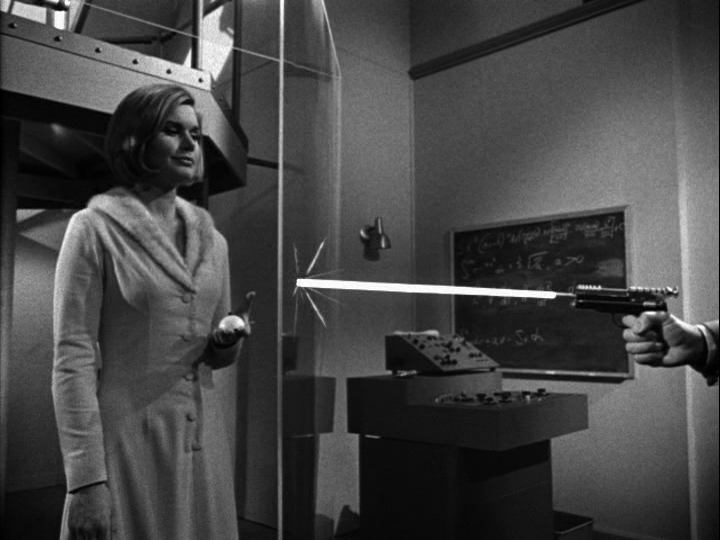 Alien with the half-dome in its hand: 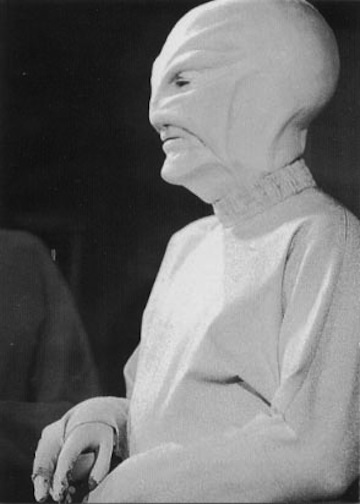 And here, a close-up shot of the half-dome thing in the alien's hand: 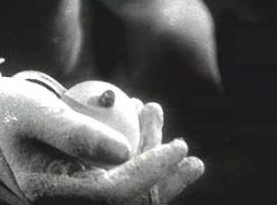 Not the answer you're looking for? Browse other questions tagged identify-this-movie identify-this-tv-show horror science-fiction short-films .