Why was Castle of Cagliostro so stylistically/artistically different from Miyazaki's other films?

I know I've heard a reason for it, but I can't remember it - and I'm having trouble finding it! Lupin III: Castle of Cagliostro is quite distinctly different in its visuals from many (if not most) of Miyazaki's other works. (Compare the block-ish cartooniness of Lupin III to the far softer/more artistic imagery - for lack of better words - in, say... Spirited Away or Howl's Moving Castle.) Does anybody know why this is? (Was it because he was working off of other artists' work with Castle of Cagliostro?)

Lupin III is not original to Miyazaki. It premiered as manga in 1967 and as anime in 1971.

By the time Miyazaki made Castle of Cagliostro in 1979 there were already three prior films and over a decade of original art in both still and moving images. Miyazaki could hardly co-opt the characters but not the original style of the artwork, particularly as this was his first feature film.

The film was Miyazaki's first time directing a theatrical feature after having previously worked as an animator for Toei Animation and TMS Entertainment and directing several shows including Lupin III and two episodes of Lupin III Part II.

As this quote from Wikipedia shows, he had actually been working with this character prior to the film.

That being said, I find much of the art quite similar to his later work. In this poster, the female character (so integral to most of his films) has many stylistic similarities to other Miyazaki women, particularly, I think Nausicaa bears a strong resemblance. 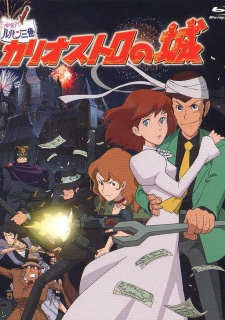 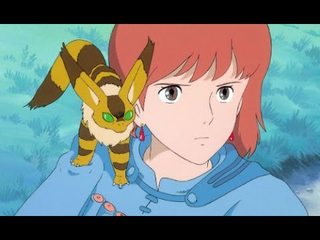 While it's not as obviously "Miyazaki", you can certainly still see his style in the characters, particularly if you compare them to the immediately-preceding film in the series, 1978's Mystery of Mamo: 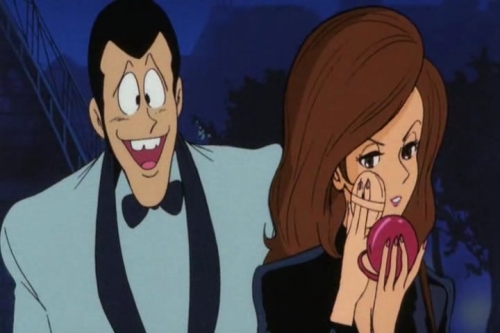 As you see here, the female character bears little similarities of style with the character in Castle of Cagliostro.

Not the answer you're looking for? Browse other questions tagged animation hayao-miyazaki the-castle-of-cagliostro .

24
Why have Disney princess films post-2009 all started with the princess as a child?
10
Why does Jake from Adventure Time have inverted eyes?
40
Why was The LEGO Movie not nominated at the Oscars?
6
Why was the art of old animated films sketchy?
2
Why are Pluto and Goofy so different?