Why change translation text into a picture for international versions?

This is something that has become normal, especially in animation movies (I guess because it is easier to change), to translate and internationalize signs to make it fit better in the different cultures where the movie is released.

But, there is a scene in the movie in which the translation didn't happen as with the other signs, and a different approach was used: when Riley is getting a phone call from her mother, in the English version we see the phone with the word "Mom": 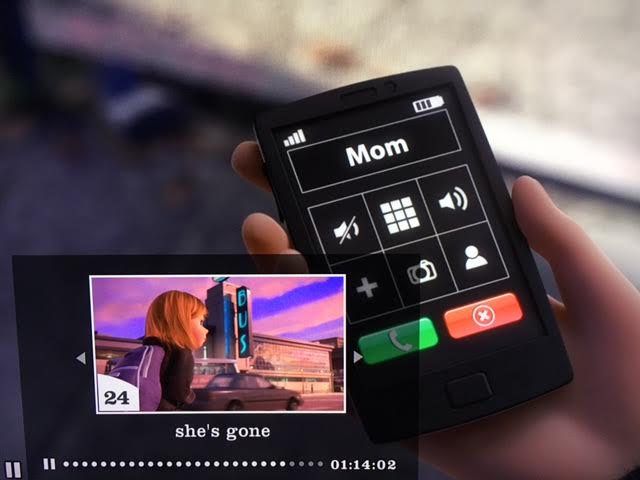 But in the Spanish version (also in French, I don't know about other languages) we don't see the word Mamá (or Mère/Maman in French), and instead a picture of the mother is displayed as the contact information: 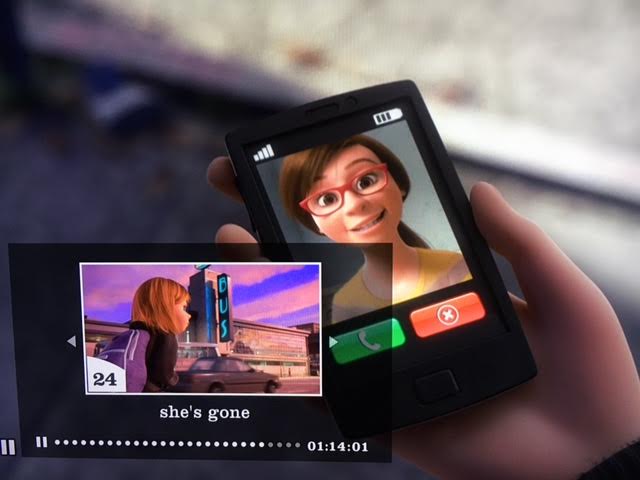 It seems inconsistent with the way the translations were done in the other scenes. What are the reasons why they would choose to change that in production?

translation inside-out
Share
Improve this question
edited May 28 '17 at 18:23

Pixar expended tremendous effort to localize Inside Out for particular audiences, going so far as to re-animate whole scenes. For instance, in the American version, Riley hates broccoli, but in the Japanese version, she hates green peppers. According to director Pete Docter, "28 graphics across 45 different individual shots...were localised."

Clearly, Pixar, for this movie about what it's like inside a child's mind, wanted every child to be able to relate to Riley as much as possible. Localizing references and text serves this purpose, but replacing the word "Mom" with a picture of her mother accomplishes the goal even better. It "translates" to more countries than Pixar could possibly have time to localize. The picture is understandable even to audience members who can't read yet (a serious consideration for Pixar). Finally, it's cheaper than localizing text for so many countries.

Not the answer you're looking for? Browse other questions tagged translation inside-out .

9
To which degree are movies filmed simultaneously in different languages?
5
Why were the songs not translated/dubbed into German?
2
English translation of Russian text in My Way
1
What is the more accurate translation for this scene in the series Kingdom?
0
Al Bundy's References to France in Married ... with Children in the French Translation