Do the Nine Realms correspond to Nine Planets?

As described in Thor and Thor II, do the Nine Realms of Norse Mythology as shown in the movie (comics) correspond to Nine Planets?

I'm looking for MCU answers for in relation to Thor, and if possible real world answer for Norse Mythology relation.

As far as the MCU is concerned it seems as though the Nine Realms does correspond to nine planets.

Thor even drew a picture although he may have dumbed it down for us Midgardians: 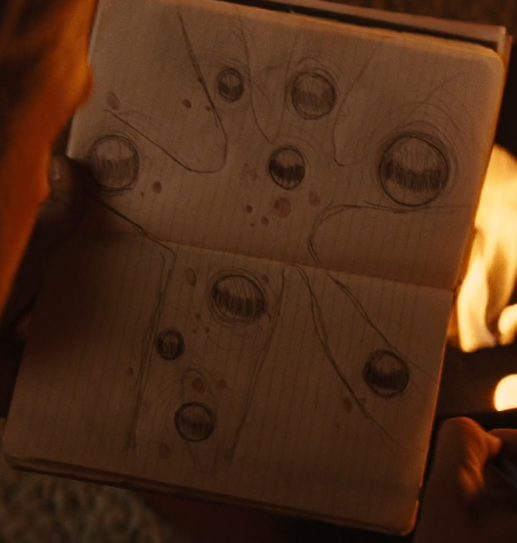 The Nine Realms were the nine main worlds of the Universe, interconnected through the world tree, Yggdrasil.

How are the Nine Realms situated in space?

As to the Marvel Universe, anything is possible. From the standpoint of Norse Mythology, the answer it's highly unlikely.

Certainly the 9 realms represented 9 worlds, but the idea of a world being a planet in the modern sense isn't really accepted until Copernicus. (The word planet derives from the Ancient Greek planetes which means simply "wanderers". The pre-modern conceptions of them ranged from actual deities to vehicles of deities, but not other worlds.)

Copernicus published On the Revolutions of the Celestial Spheres in 1543. By contrast, the sources for Norse mythology pre-date this by centuries—both the Codex Regius and the Prose Edda were drafted in the 13th Century CE.

Not the answer you're looking for? Browse other questions tagged marvel-cinematic-universe thor-the-dark-world thor .

14
How much of Thor is based on actual mythology?
20
Why was the title changed to Dark Kingdom in the German release?
19
What happened to Loki in the Dark World?
6
How does Captain America's shield bounce?
10
Difference between Realms vs. Dimensions vs. Planets vs. Universes
38
How did Thor get into Wakanda?
9
How fast is Bifrost?
5
How could Thor become a part of Earth's mythology despite he didn't come to Earth before?
9
Why does Tony call his daughter Maguna?