Why did Joker and Harley Quinn jump into the chemical bath (goo container, acid container)?

Why did Mr. J and Harley jump into the chemical bath in Suicide Squad?

My interpretation is that this was the moment J knew he loved Harley, whereas before it would have been Harley that had to "pass every test" to prove her love for J, this scene shows us that now J is being tested by Harley to prove his love for her.

J: Would you die for me?

J: That's too easy, would you live for me?

Harley, then J, dive into a chemical bath 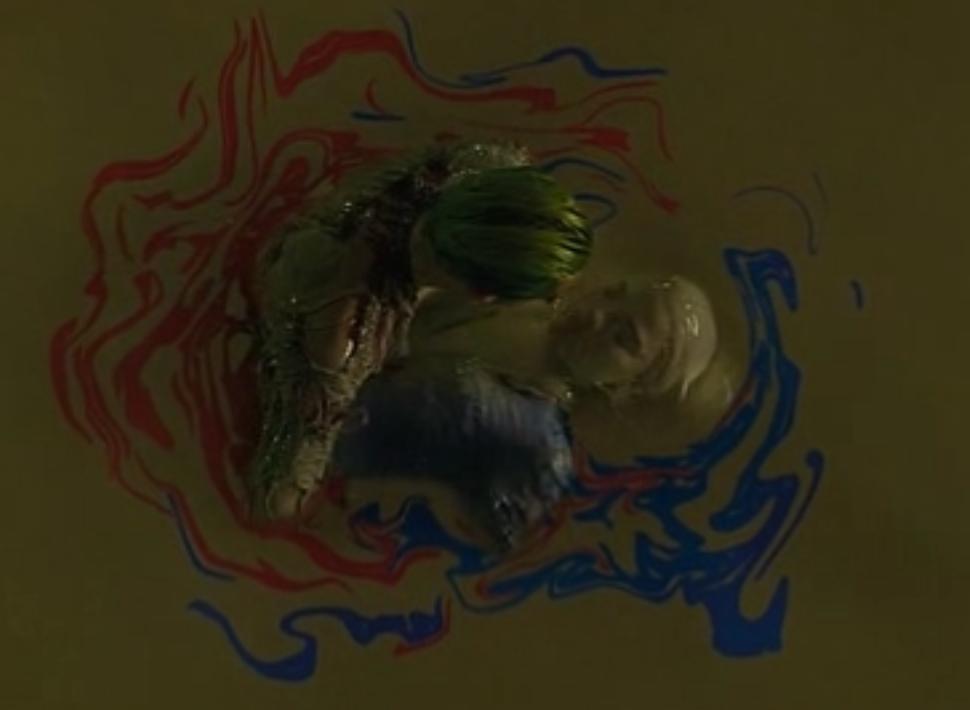 EDIT: Possible duplicate. I did try and find it before asking, maybe not hard enough, I think it is because I couldn't find a better search query for "chemical bath", hence the lengthy title of my question to prevent future duplications:

Harley was pushed, she didn't jump. She felt a Stokholm Syndrome type of "love" after a sociopath like Joker carefully made her fall for him. Also, he forced her to go through electroshock therapy. She was pushed through being manipulated. In the source comics, she was literally pushed.

Joker, in this interpretation jumped in against his own judgement, as yes, he starts having some perverted form of love for her. This can be seen by the shaking of his head and the face he makes while he walks away and decides to jump in to save her. He's conflicted. He really had intended to just walk away and let her drown.

The movie was heavily edited to lessen the abusive, rapey relationship between Joker and Harley. In the source material, Joker never loved Harley, she was just a convenient tool to him, just like anyone else.

To wit, one major edit in the film was Harley chasing Joker, essentially forcing him to take her with him.

23
The acid scene in “Suicide Squad”

15
Did Miles Dyson kill all these policemen?
5
Ending to Memento
4
Why did the Joker choose Harvey Dent?
6
What happened to the Joker after Batman arrested Harley Quinn in Suicide Squad?
0
How was Abraham Whistler still alive in Blade II?
6
Why did the Joker rob the bank?
1
Why did Christopher abandon everything and go wild in “Into the Wild”?
15
Why did Gambol have such an issue with the Joker?
0
Why did Esmeralda jump into the garbage container?
11
How does Sator get the algorithm after the car chase?