How did Kate survive being shot?

In The Blacklist, how did Kate survive being shot? I thought that Raymond didn't want to kill her but she said that he shot her in the head, so she couldn't protect herself and he doesn't miss.

•Gunshot wound head trauma is fatal about 90 percent of the time, with many victims dying before arriving at the hospital.
• For victims who survive the initial trauma, about 50 percent die in the emergency room.
• About 50 percent of surviving patients will suffer from seizures and require anti-epilepsy medication.

According to the American Association of Neurological Surgeons, humans have a 5% chance of surviving a GSW to the head, assuming that medical attention is forthwith (fifty percent of which will have chronic problems afterwards) as "The main cause of death at the scene is usually blood loss".

So, there's a 2.5% probability that she will recover fully. This seems likely as she does not appear to exhibit any signs of TBI.

E.g., there's no loss of "[motor, sensory, cognition, memory, speech, or vision]" (all of which either require one side of the brain or both).

In short, she was extremely lucky and received prompt medical attention. We can blame thank Red for failing to "double tap" and confirm his kill. That would have brought the odds to ~1% or zero, respectively.

Maybe Red didn't really want to kill her and missed subconsciously, because Kate is injured in the face/temple region... not right in the forehead. 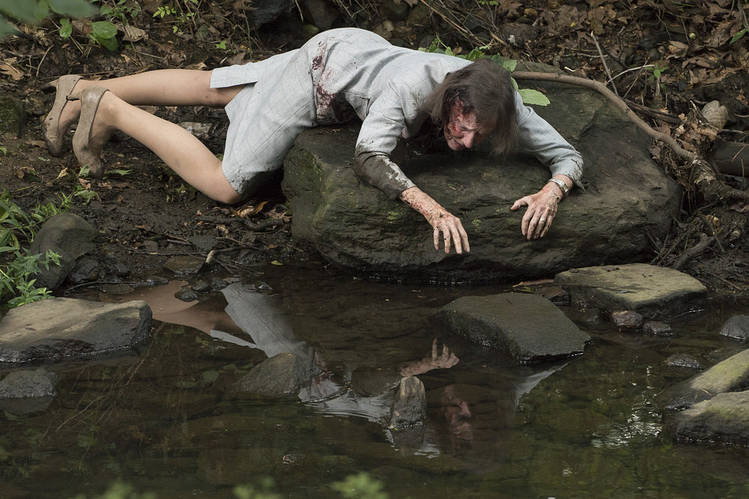 Pretty sure they discuss this later in the show.

Red didn't want to kill her and was very shaken by the whole ordeal. She was one of his closest, dearest, most trusted friends for at least 28 years. Shooting such a friend is very hard emotionally and he was physically shaken by the situation. You can see it in his immediate reaction of hem turning around as fast as possible and just walking away.

This is in stark contrast with pretty much every other kill that Red commits.

All this added up to his aim not being 100% on point so her brain wasn't damaged and thus she survived.

Edit: Few episodes later Red indeed explains how he didn't double-check the body and by that time it is revealed Kate has a metal plate in her head from an earlier accident in the exact same spot.

Not the answer you're looking for? Browse other questions tagged the-blacklist .

11
Why was Reddington looking for the girl?
3
How were Die Entrechteten able to track down Jacob Phelps and the Major?
4
Why did they “kill” this major character in The Blacklist?
0
Why did this character join the Mossad?
0
Why did the soldier slide 3 cartridges in the folded flag?
2
Did Raymond Reddington lie to Liz about not being her father?