In which Harry Potter film/book was the book Fantastic Beasts and Where to Find Them mentioned?

It's a fact that the new book/movie: Fantastic Beasts and Where to Find Them, is a text book used in Hogwarts.

I heard it is mentioned in the original series

The Fantastic Beasts textbook was first mentioned in JK Rowling's first book in the series: Harry Potter and the Sorcerer's Stone. In chapter five (Diagon Alley) Hagrid and Harry are on the train to London, with Diagon Alley as their destination. Harry refers to his Hogwarts letter and finds a list of textbooks he needs to purchase. The Fantastic Beasts textbook in on the list.

I am not aware of reference to the book or the author in the movies except in this narrow context of needing/using textbooks for learning magic.

JK Rowling originally wrote the book by this title and another book about Quidditch (Quidditch Through the Ages) for charity purposes. She created her complex world in her mind, had a lot of extra created ideas, and put it down on paper to put it to good use. And now movies are being made using it -- all to the good.

Fantastic Beasts and Where to Find Them can be purchased at many booksellers. Here is an extract from Wikipedia.

Fantastic Beasts and Where to Find Them is a 2001 book written by British author J. K. Rowling (under the pseudonym of the fictitious author Newt Scamander) about the magical creatures in the Harry Potter universe. It purports to be Harry Potter's copy of the textbook of the same name mentioned in Harry Potter and the Philosopher's Stone (or Harry Potter and the Sorcerer's Stone in the US), the first novel of the Harry Potter series. It includes several notes inside it supposedly handwritten by Harry, Ron Weasley, and Hermione Granger, detailing their own experiences with some of the beasts described, and including in-jokes relating to the original series.

In a 2001 interview with publisher Scholastic, Rowling stated that she chose the subject of magical creatures because it was a fun topic for which she had already developed a lot of information in earlier books. Rowling's name does not appear on the cover of the book, the work being credited under the pseudonym "Newt Scamander", who, in the books, wrote this textbook as seen on Harry's supply list for his first year.

The book benefits the charity Comic Relief. Over 80% of the cover price of each book sold goes directly to poor children in various places around the world. According to Comic Relief, sales from this book and its companion Quidditch Through the Ages have raised over £17 million.

The book Fantastic Beasts & Where to Find Them (note that the fictitious textbook uses an ampersand, "& Where", instead of the 2016 movie title's, "and Where") does not make an appearance in any of the films.

That being said, I'd be remiss if I did not mention references to the book/author in the Harry Potter movies.

In the film version of Harry Potter and the Prisoner of Azkaban, Newt Scamander's name appeared on the Marauder's Map. Why he was at Hogwarts was not addressed, although it may be that a Hogwarts student was named after him.
— From Wikipedia, the free encyclopedia [link] 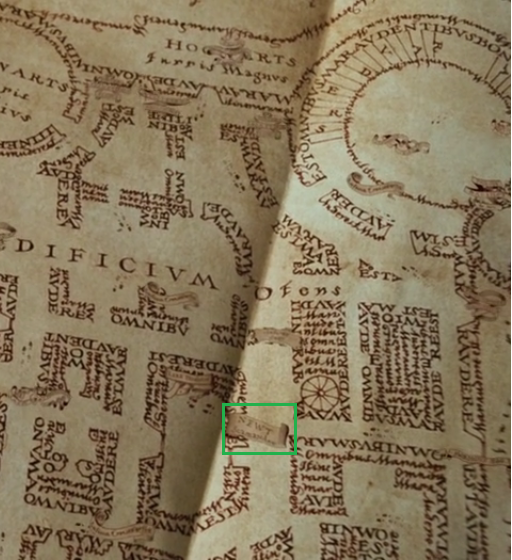