Why didn't the witches keep the voodoo doll close to them?

Near the end of The Witches of Eastwick, the three "witches" create a voodoo doll in an attempt to rid themselves of Daryl Van Horne.

The women proceed to poke needles through the hand and leg of the doll and then cover the doll with feathers and blow on it. This creates severe pain along with an intense windstorm that disables Daryl momentarily while he is in town. Daryl realizes what is happening to him and that the three women are to blame for this.

Daryl becomes extremely angry while attempting to drive back to his house to confront the women. Meanwhile, the women are cleaning up the evidence that it was them who brought this upon Daryl. The women don't know what to do with the voodoo doll, so they put it in a cookie jar and leave it in the kitchen. The voodoo doll is the only way that they have of controlling him. 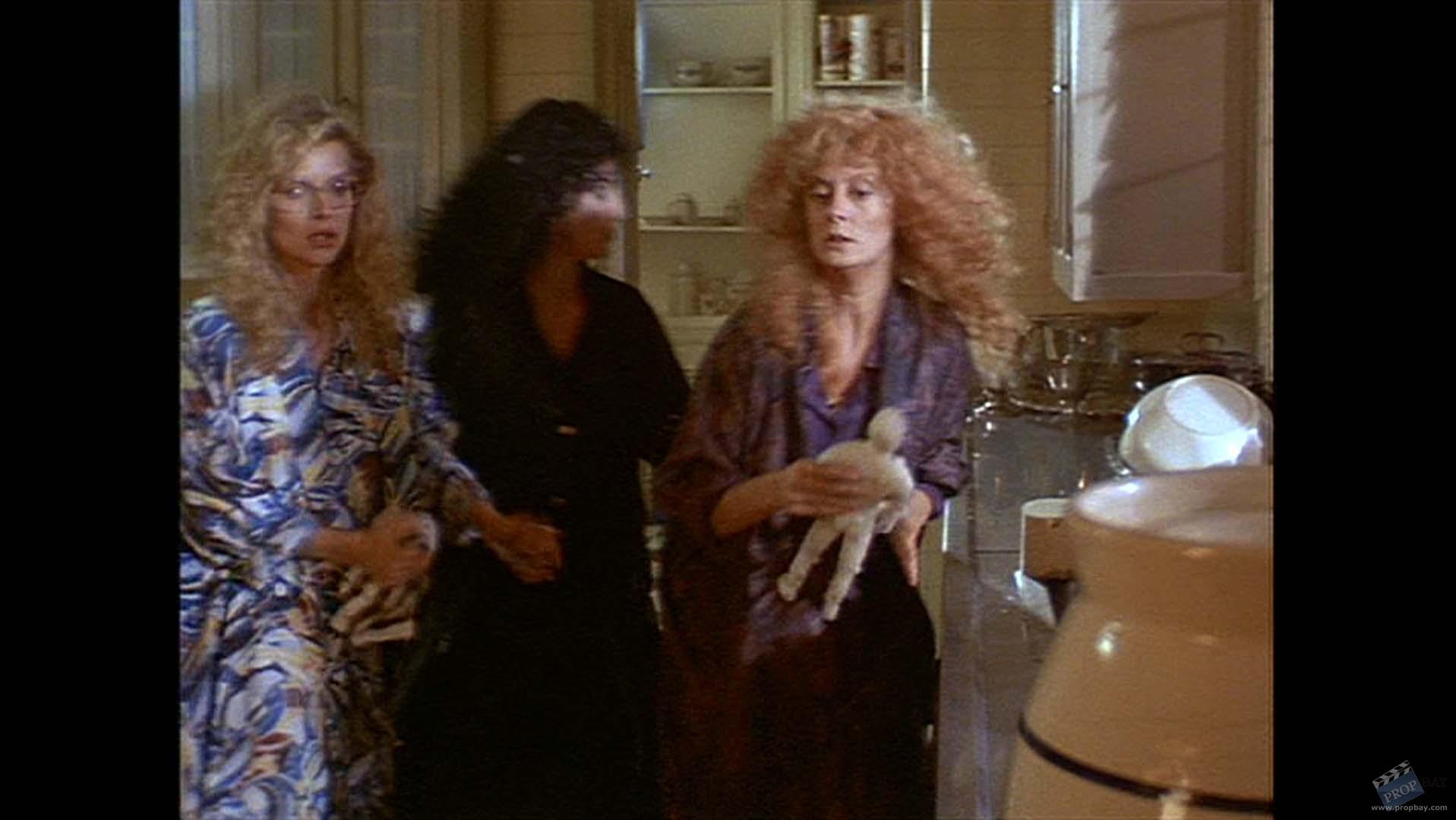 The women knew that Daryl would be angry when he returned, (which he was and basically tried to kill all of them.) So, why did they put the voodoo doll in the cookie jar and leave it in the kitchen? They went in a separate room far away from the kitchen to await his arrival. They immediately acknowledged that they needed the doll as soon as they saw him down the hallway when he arrived back home. Why did they keep the voodoo doll so far away from them?

Because they thought the voodoo ritual didn't work and wanted to hide the last remaining sign that they ever tried it. Let's break the scene down:

Jane: This isn't gonna hurt him, is it?

Alex: We're not trying to hurt him, Jane. We're just trying to send him away.

Jane: How do we know if it worked?

Soukie: I guess we just wait and see.

Their doubts are made even clearer in the 2nd draft of the script, where they think the ritual is stupid and that they're not advanced enough to make it work.

So they clear most of it up when they suddenly hear Daryl's car coming back. Now they're convinced they failed and have minutes to spare, so they hide the doll in a mad panic. They think it's useless now and that the ritual was botched, but this doll is still evidence that they tried to mess with Daryl.

Soukie [realizes]: The Doll. [The ladies head off to the kitchen]

Not the answer you're looking for? Browse other questions tagged plot-explanation the-witches-of-eastwick .

16
Why didn't they keep the brakes on when revving the Delorean to 88mph?
4
Why was the doll from Annabelle so treasured?
8
Why didn't Eve keep shooting at the train scene?
7
Why didn't Lundy tell Debra he was close to retiring?
4
Meaning of the doll in The Boy
5
Why didn't Don close one eye in Lost In Space?
5
Why didn't Helen close her eyes and keep them closed?
5
Why were things disappearing in Russian Doll?
9
Why didn't Nebula warn them about Thanos?
1
Who are Ragnar's sons and wives, and how close is he to them?