What zones are these? My guess was something like this picture (NSFW): 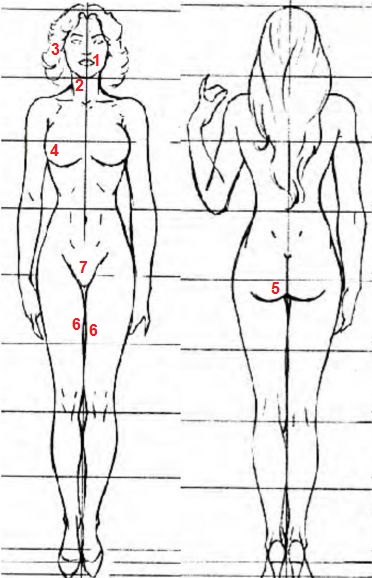 Have they been properly listed in some official form?

The Erogenous Zones on the Female Body Clitoris. A runaway winner for the title of "Body Part Contributing Most to Sexual Arousal," the clitoris is extremely sensitive. ... Vagina. Heard of the famous mecca of sexual pleasure that is the female "G-spot?" ... Cervix. ... Mouth and Lips. ... Neck. ... Breasts and Nipples. ... Ears.