What is the meaning behind Lisa Simpsons triangle shaped red eyes?

In the Simpsons S28E3, titled The Town, Simpsons try to permanently move to Boston. Lisa gets really fond of Boston, as most of the town is made for intellectuals like her. Eventually the get back to Springfield, leaving Lisa frustrated by the decision. Marge makes a promise that someday they will get back to Boston, to which Lisa answers that she has never left it. She starts to hallucinate about Boston and her eyes turn into a red triangle (screen capture below). 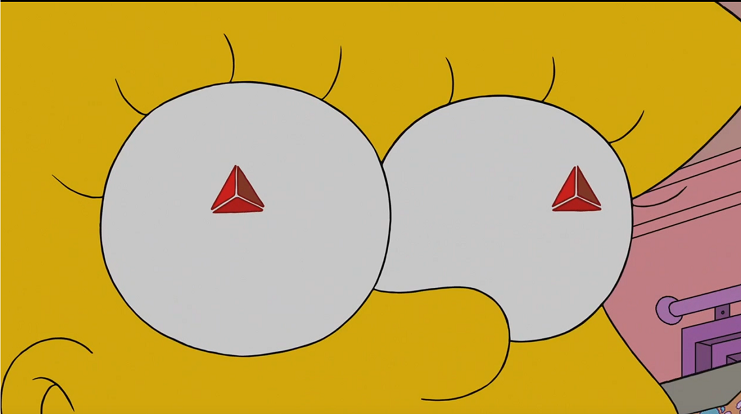 So what does the red triangle shaped eyes mean? How's it connected to Boston?

The white sign, which today features a massive flashing red triangle, has loomed over 660 Beacon Street in Kenmore Square since 1940 when it was installed at a Cities Service divisional office.

The blinking beauty has only featured the recognizable CITGO trimark since 1965 when it got a facelift, however.

Since then, it has become closely tied to baseball, as it was seen in the background on Red Sox television broadcasts, and it has also stood above the Boston Marathon route.It has had music written about it, and it was the subject of a 1968 film that took honors at the Yale Film Festival.

It's an iconic, cultural staple of Boston, referred to as the blinking jewel in Boston's skyline, and can often be seen in a lot of Boston skyline photos. 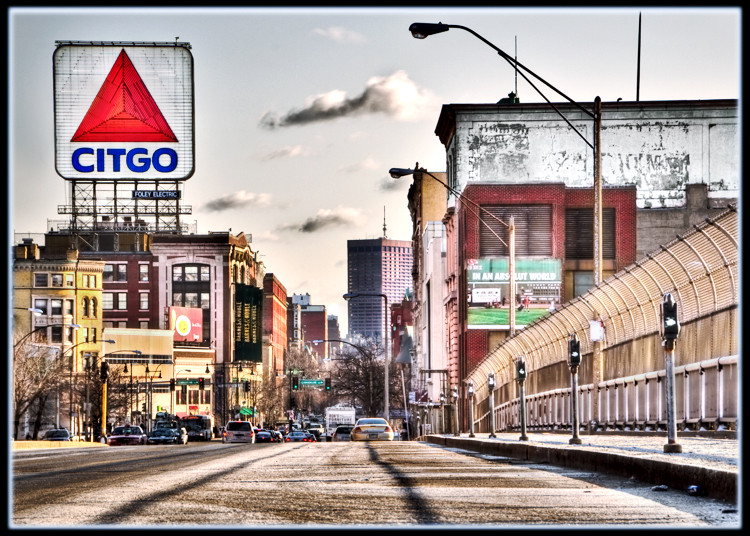 Not the answer you're looking for? Browse other questions tagged reference the-simpsons .

4
What does Lisa call the Tibetan Buddhist Devil's name in "The Simpsons"?
13
Can someone explain to me the "I'll regroup at Red Lobster" joke in The Simpsons?
5
What is the meaning of the symbols on the Arrowhead in the season 3 intro?
3
What is the meaning of the Jerry Maguire reference in "Begin Again"?
4
What's the meaning behind this joke in George Carlin's 1977 HBO special?
17
What is the reason behind this musical reference to Pinocchio in the Close Encounters main theme?
5
What is the punchline to this Carnac the Magnificent joke from The Simpsons?
16
What are the 22 short films in "22 Short Films About Springfield"?