There was this movie where two people (a couple) found a big white house and broke in. I don't know much. It was a robbery also. Then took the "father" as hostage. They were asking him where his family is and he kept on replying that they are having dinner. So they searched the house and found them sitting at the table all killed.

After that I have no idea what happens. I know that it ends with them finding a daughter hiding inside the closet crying and that's it.

Also for the character description that father was tall, fat and bald. As for the couple, the girl was blonde and she was really young and the boy had short brown hair, I think he wore a leather jacket. And the girl in the closet had golden curls and was dressed into something blue. The whole room was blue too I guess... I know their car was parked on a road with some bushes around, they also went through those bushes down to that white house. I think there was a lake near it too.

I watched it in 2011 if I am correct but the movie was probably made somewhere between 2003 and 2009. I don't know the country it was made in, it was probably American.

After a convenience store robbery goes awry, and a plain clothes police officer is shot, Nick and Celia find themselves executing a polite home invasion, in need of a new set of wheels. They hit a bump in the road when they discover someone home, a well kempt man by the name of Victor (Billy Zane), who claims to be the man of the house. After one of the residents inhabitants, Nadine is discovered hiding in a closet, Nick and Celia begin to put the pieces together. 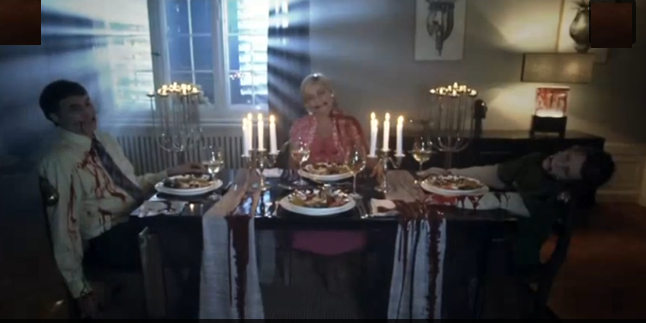