What is the term used to refer to foreign/alien language only subtitles in a film or TV show?

In some movies, subtitles are used only for characters that speak in a foreign language. For example, in the movie Star Wars Episode VI: A New Hope, generic English language playback only shows subtitles for the parts of the film where the characters Greedo and Jabba speak. This is distinct from the other subtitles, where all dialog, foreign or native, is subtitled.

If I were to refer to that specific subtitle track that is only used to convey foreign languages to a native speaker, how would I do so?

Forced subtitles are common on movies and only provide subtitles when the characters speak a foreign or alien language, or a sign, flag, or other text in a scene is not translated in the localization and dubbing process. In some cases, foreign dialogue may be left untranslated if the movie is meant to be seen from the point of view of a particular character who does not speak the language in question.

In the "scene", they're referred to as "Embedded Subtitles" or "Hardcoded Subtitles". There doesn't appear to be a wiki on either phrase, but a quick google will show it's rather common.

They are burned into the movie itself, there's no way to turn them off. If you ever see any websites where they have currently-in-theater movies, they almost always have Korean hardcoded subtitles (presumably, some group of pirates in Korea is releasing these on DVD as quickly as they hit the theaters). In this case, the subtitles are always present, but in other movies, you may only see them during scenes with foreign language, particularly in America.

FN subtitles are used in the following cases:

1. Short segments of foreign language, intended to be understood by the audience, that differ from the original language of the show.
2. Translation of original language location/person IDs, dates or other labels (e.g. “White House, December 10”). As a creative element, these text graphics are usually burned into image and are therefore represented as FN’s in foreign languages only. [...]
3. Communication that would not otherwise be commonly understood (e.g. sign language, a subtitled dog, Klingons).
4. Transcribed dialogue in the same language, often done for audience clarification (if audio is inaudible or distorted, commonly in documentaries). 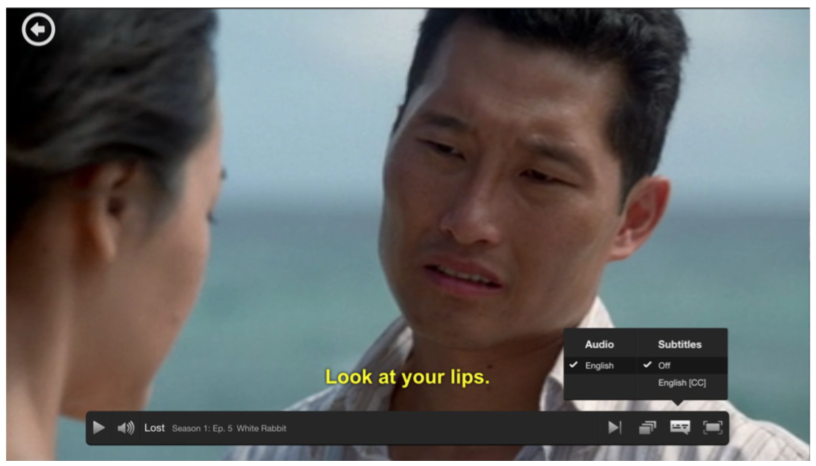 Not the answer you're looking for? Browse other questions tagged dialogue subtitles .

8
In the modern Planet of the Apes series, are there subtitles for the sign language?

61
Why don't they show subtitles for the Spanish dialogue?
3
Is there some term for the English used by Yoda?
14
What is the purpose of the specialized subtitles during “The Boogeyman” song?
65
Why is the spoken German in many US films and TV shows so inaccurate?
6
How is the audience supposed to follow the story around Daenerys?
8
In the modern Planet of the Apes series, are there subtitles for the sign language?