What is the significance of the missing mouth in the Silent Hill and Silent Hill: Revelation film posters?

The 2006 Silent Hill movie poster shows Sharon without a mouth: 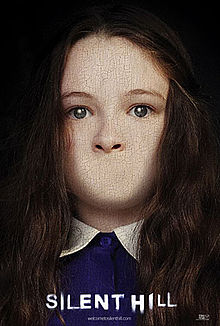 This occurred again in the 2012 Silent Hill: Revelation poster: 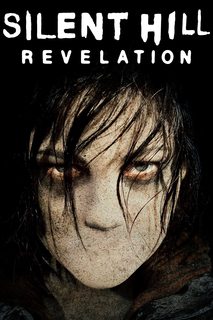 So what is the significance of the missing mouths in the posters for the Silent Hill film series?

I believe that the first poster is a picture of Alessa, due to the school uniform that Alessa is shown to be wearing in a flashback to the 70s. 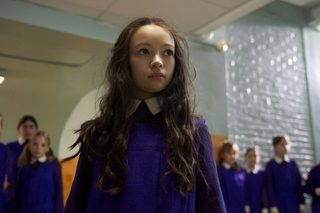 It also matches the clothing that the split soul character Dark Alessa wears. 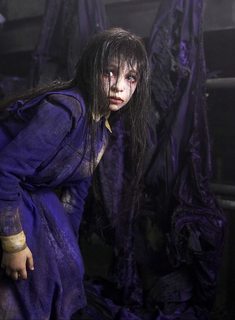 Though as Jodelle Ferland played all three characters then this is mistaken identity is understandable.

As to why no mouth. As well as the obvious Silent Hill - No mouth = Silent connection, throughout the film when Dark Alessa is in the form of the normal child Alessa she doesn't speak, she gains the attention of other characters by rattling fences, stamping her feet and making other noises and motions.

This lack of speech from the child Alessa is portrayed on the poster.

With the similarities between Alessa and Sharon, there is also possible foreshadowing in using Alessa on the poster as at the end:

Alessa, Dark Alessa and Sharon merge to become the "healthier" complete Alessa in the form of Heather

Not the answer you're looking for? Browse other questions tagged analysis posters silent-hill silent-hill-revelation .

8
What happens to the girls at the end of the movie?
22
Why did the original Star Wars: A New Hope posters portray Luke and Leia as a couple?
5
What was the originator of the SEE! … SEE! … lines on movie posters?
6
What is the significance of Pink Bunny in Silent Hill: Revelation?
4
Why is Adelaide Clemens wearing seven layers of clothing for Silent Hill: Revelation?
3
Why was the original tagline changed from the movie poster?
6
What is the importance of the coffee cup in the poster of Awe?
9
What is the significance of mirrored N in the title of The Nun?
41
Was there a Die Hard movie poster that excluded Bruce Willis?