How does Quicksilver know the mansion is set to blow?

I'm not sure if this has been asked here. I have found some forums elsewhere on this topic, but maybe the minds here have other thoughts.

In X-Men: Apocalypse, Havok, seeing Apocalypse and his horse-people abduct Professor X, tries to blast them away, only to blow a power-source or something with enough destructive power to blow up the mansion.

At the time, Quicksilver arrives at the mansion. He then suddenly "feels" the explosion or something and proceeds to save everyone, in a very cool scene to some awesome 80's music.

Thing is, how? How did he know the place was set to blow? Could he feel the vibrations in the ground? And if he has some gift of foresight, how did he not know that Stryker, who appeared shortly after, would stun everyone? And going with vibrations, seeing that Havok was not that far away from the blast to begin with, why couldn't he be saved? He was at least 5-10 meters away from Beast, who was saved, when he shot the blast.

This movie, unfortunately, left many holes in the plot. This might not be a big one, but it's a rather curious one, at least for me.

If you look really closely at the middle left part of the screen in the video linked by BlueMoon93 at about the 27 second mark (just pause it there, and then pay close attention when you restart the video), you can see a flash in that part of the building. He's already moving at super-speed (notice how his Twinkie just hangs in the air), so it happens very slowly to him. He immediately takes off for that part of the mansion and begins rescuing the students. 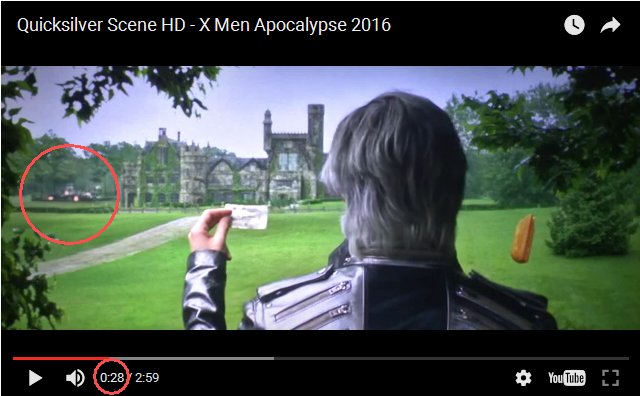 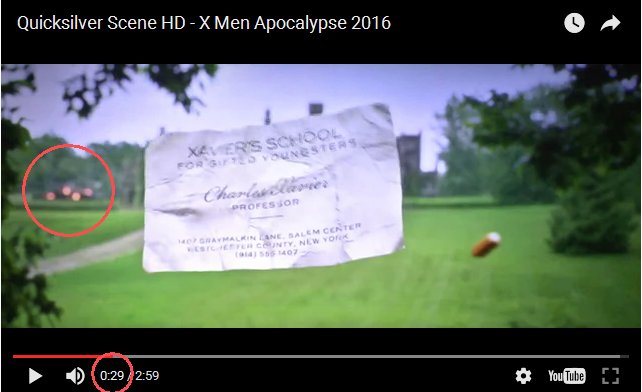 Judging from this scene:

It looks like Havok was already engulfed by the blast, as we discussed in the comments. As to why QS 'feels' the explosion, he may not necessarily feel it, since none of his powers seem to give him such an ability. From the wiki:

[QS can] run at supersonic speeds of up to Mach 10 and resist the effects of friction, reduced oxygen, and kinetic impact while moving at super-speeds. Also, he has a fast metabolism and can heal more rapidly than the average human. The character's speed allows him to perform such feats as creating cyclone-strength winds and running up walls or across bodies of water. QS's mind can perceive information with a photographic memory short term, becoming faster than the speed of thought, because he can shift his thoughts at a speed faster than normal thought. Also, he can cause vibrations in his body to transfer to solid material, and has superior agility and reflexes compared to other mutants.

From looking at the scene, I believe he is not aware at first. He just arrives there using his speed as always, recognizes the address (hence his 'huh?'), thinks the mansion looks cool (hence his 'huh..'), and runs around it looking for whoever he was searching. He finds the explosion and then decides to help out.

18
Isn't the Quicksilver from Avengers 2 the same as the Quicksilver from X-Men: Days of Future Past?
9
How did Magneto know Mystique injected the metal into Laurio's body?
3
When and how did Professor X bring sentinels in the X Mansion?
8
How did Apocalypse trap Quicksilver?
11
Why does the healing ability not help Subah Nur?
3
What are the devices that Stryker's team use
4
Why does Quint blow the Orca's engine in Jaws?