Do “Flash” and “Legends of Tomorrow” have different rules for time travel? 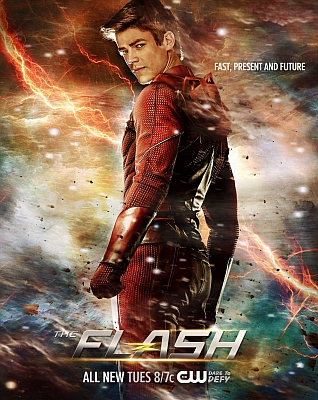 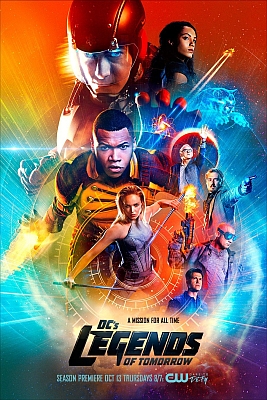 Time travel on The Flash introduced us to e.g.

And in the episode Flashpoint (3x01) it is shown that speedsters will suffer memory loss when living in an alternate timeline for too long.

However, in the pilot episode of Legends of Tomorrow Rip Hunter says:

We can't go back and change events in which we participated. Time would fold in on itself, creating a temporal vortex.

Time Wraiths and Time Remnants don't seem to be in issue on "Legends", but it is shown that changes in the timeline take time to "solidify", giving our heroes only a short window in which they can reverse the changes before they become permanent.

I have heard people argue that "Legends" uses technology to travel in time, whereas Barry, and other speedsters, use the speed force, hence time travel works differently in both shows, even though they are both part of the Arrowverse.

And to complicate things further, the "Legends" episode Out of Time (2x01) has revealed that there is actually a speedster messing with their timeline now.

I would say that the rules are the same.

The time-ship and it's computer has specific rules about where it's safe to travel and where it's not. The one time when Atom and Hawkgirl were stuck in the past for 3 years because they couldn't pick them up any sooner is one example. Also, in that same episode, Hawk and Atom started to forget their other lives, similar to what happened with the flash beginning to forget his other life when he was living in the alternate timeline for 3 months.

They're very careful in legends of tomorrow to not interfere with both the time line and their former selves. They want to leave the timeline intact (with one exception - stopping Vandal Savage), and even there, they obey rules of when and where it's safe to go.

Flash usually travels back in time and changes things that affect him directly. He operates under far fewer rules than the time travelers in legends of tomorrow and by breaking so many guidelines/rules, he faces more consequences.

I see no reason why the legends, if they broke as many rules as Barry did, wouldn't face the same consequences of forgetting, time wraiths, knowing they were living in a false world, etc, so my (opinion) is that they face the same rules, but Legends obey the rules and Barry hasn't.

One difference I see is that the ship probably faces some limitations in what it can do, where as Barry and his speed force, seems to have the ability to create as many new realities as he wants, not that he should, but he could, but that's more just a general sense I have, I can't back that up with evidence.

Of course there is also the Barry's an idiot factor. He stumbles around time like a drunken child. Eobard and Wells both point this out. He's an amateur at Speed Force related travel.

So you cannot compare the two in any significant way.

So a thing I've been wondering (and I know it's just a show, but still)

Barry saved his mother, creating flashpoint, Barry regretted the decision, so he made sure she died (like she did the first time around) BUT everything got f-ed up, people having powers, Julian ect. And when the legends do something, kill a bunch of people who probably didn't die at that time the first time around, have big interactions with people, something small happens, something insignificant.

As discusses, time takes time to set and in the three months Barry was in flashpoint, I guess it set, so changing it would be too late. But how about all the other times he time traveled? Asking the evil wells for help in season 2. With the wraith and all. This is why I don't actually agree with the statement that the rules are the same. In both series messing with the timeline is bad, but in both series it does or doesn't matter depending on what the writers of the show need to matter. Or am I missing something?

Not the answer you're looking for? Browse other questions tagged analysis arrowverse the-flash legends-of-tomorrow .

5
What happened to the second Barry in Rogue Time?
4
Why didn't young Barry disappear?

4
Why didn't young Barry disappear?
6
Age difference between Barry Allen and Eobard Thwane
15
Is Gideon on The Flash and Gideon on Legends of Tomorrow same?
14
Why didn't Zoom killing his time remnant affect his present self?
6
How did Jesse run in an eight-like fashion without wearing the special speedster suit?
2
What happened to Reverse Flash?
4
Why does lightning hit affects speedsters?
7
How is Cisco able to Vibe about an event which didn't happen in this timeline in Cause and XS?
3
The Flash S5 - What's the point of Nora in 2049?