Why do cartoons tend to draw eyes stretching them vertically, rather than horizontally?

Many, though not all cartoons, Western or not, tend to draw eyes stretching them vertically, rather than horizontally. This seems understandable when the eyes are drawn so large that stretching them anatomically would make them not fit the face: 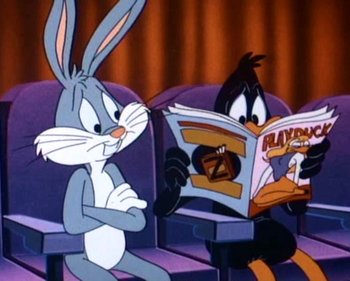 However, what I don’t really understand, is why some cartoons stretch eyes in the direction opposite to the anatomical direction even if the eyes are of anatomical size: 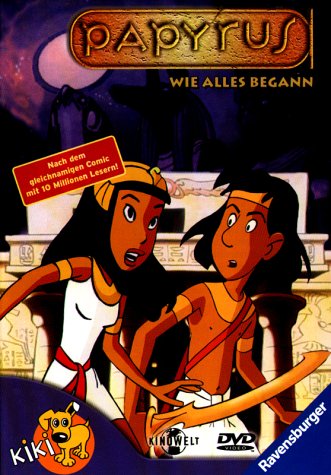 Why do cartoons tend to draw eyes vertically, rather than horizontally?

It's a method of showing wholesome qualities. Bright eyed and bushy tailed. Typically heroic characters are given large eyes. Villains don't receive the same large eyed treatment. They get small beady eyes. Characters with large eyes arnt considered shifty, but small eyed ones are. It reflects a real life belief that someone doing wrong will try to avoid eye contact by any means, including squinting. Honesty is perceived by opening your eyes up.

Bugs for example, is shown to have his eyelids mostly closed and him hunched over when he has an evil though (rubbing his hands and crackling evilly as well.) Daffy as well.

Drawing the eyes horizontally would make the characters appear evil, in comparison. Shifty.

Compare it to babies, children, and adults. Babies and young animals tend to have larger, rounder eyes compared to their heads. It's theorized that this an evolutionary tactic to male adults more willing to care for them. Which is why we tend to adore baby animals, and why animals also Are more more likely to adopt the young of other species. To get back on track, the same applies to cartoons.

Not the answer you're looking for? Browse other questions tagged animation .

3
Why are cartoons inconsistent with airing times? E.g. Show is on Saturdays,but often skip a week?
11
Why does Jake from Adventure Time have inverted eyes?
14
Why are human faces not drawn in old cartoons?
62
Why were mouse holes often represented in cartoons and movies like this?
3
Why are animals in cartoons shown having spirals for eyes after a camera's flash goes off?
12
Why are mice in cartoons (almost) always depicted as good guys?
63
Why the highlighted outline in animated cartoons?