Who is Black Panther's bodyguard?

IMDb lists the actress Florence Kasumba as the Security Chief. Is there any information on who this is in the Black Panther Marvel universe?

From Marvel's announcement that Forest Whitaker is joining Black Panther:

Florence Kasumba will reprise her "Captain America: Civil War" role as Ayo, a member of the Dora Milaje.

The Dora Milaje (The Adored Ones):

These young women are the King's body guards/concomitants. The order was established to promote harmony between Wakanda's 18 rival tribe factions.

They [...] are some of the most deadliest warriors Wakanda has to offer. 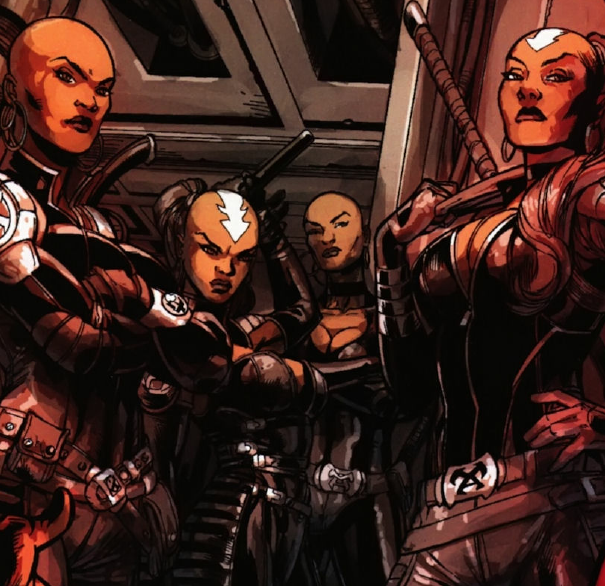 It's not specified for certain in the actual movie but it's likely [EDIT: Now confirmed, see Oliver C's answer] that she's member (perhaps head of) the Dora Milaje

The Dora Milaje (pronounced "dora-meh-LAH-shay") are the personal bodyguards of the Black Panther, recruited from every tribe of Wakanda. In addition with their protective function, they are also a pool of superior Wakandan women. An ancient tribal tradition, the Dora Milaje were assembled as potential queens for an unmarried king, maintaining the peace in Wakanda by ensuring that every tribe has the opportunity to put forward one of their daughters for the crown. Dora Milaje traditionally speak only in the Hausa dialect, and only to the king or each other.

Now, there are a few possibilities for who this could be — Shuri, T’Challa’s sister (who has her own tenure as Black Panther in the comics) is one — but this woman certainly looks like she’d fit into the Dora Milaje. They’re recognizable for their often shaved heads and gold earrings. Sometimes they wear high heels and slinky dresses like the woman in this scene does, and sometimes they wear traditional Wakandan garb. The actress who shares this brief scene with Scarlett Johansson and Chadwick Boseman is Uganda-born actress Florence Kasumba, credited as “Security Chief.”

...here are some things to know about the Dora Milaje a.k.a. the Adored Ones: 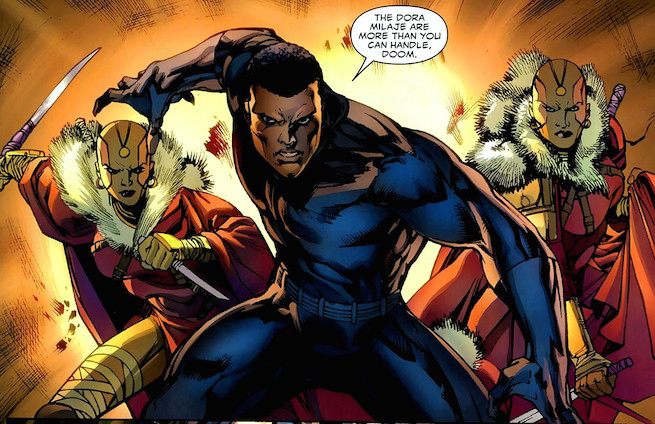