Does the Hulk gain mass through “Pym Particles”? 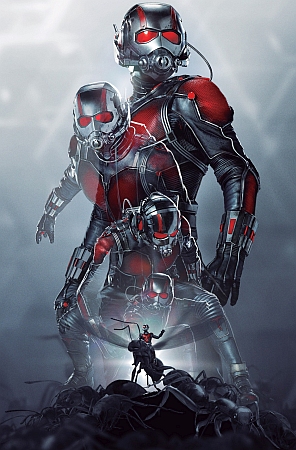 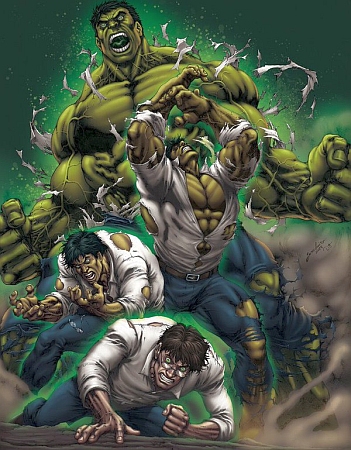 After coming across these Ant-Man questions,

I tried to remember if it was ever explained how Bruce Banner, aka the Hulk, gains and sheds mass.

discovered and isolated a rare group of subatomic, extra dimensional particles, which became known as "Pym Particles", that could increase or decrease the size and mass of objects or living beings by shunting or adding it from a subatomic dimension.

Pym Particles have the capability to alter the scale, mass, strength and density of organic and inorganic subjects

Even though Pym Particles haven't been mentioned before Ant-Man, could they still be a possible explanation for how the Hulk gains/shed mass?

It's not pym particles - it's how his body reacts to gamma radiation - I don't know if the woefully underappreciated HULK movie by Ang Lee is still in the movie universe - but there are some implications that Banner's dad did some untoward things...Pym particles were not shared with anyone - it's made quite clear in Ant Man that Hank kept them to himself (and his family) until Scott Lang, because they were too dangerous (hence why he punched the dude in the beginning of the movie)

Also, in the actual comics, Pym Particles have nothing to do with the hulk - though he sometimes has control over the change - the hulk is triggered by emotion - and the angrier he gets the bigger/stronger he gets

Not the answer you're looking for? Browse other questions tagged marvel-cinematic-universe ant-man the-incredible-hulk .

35
Ant-Man, shrinking, and weight
25
Why didn't Ant-Man become relatively weaker as he grew?

13
Is the 2008 version of The Incredible Hulk meant to be a spiritual sequel to the 2003 version?
17
How did The Hulk end up in India?
8
Is Hulk in The Avengers the same Hulk from The Incredible Hulk?
17
Does Hulk care for Bruce Banner
4
How could Ant-Man break electronics after he penetrated through the Yellowjacket suit?
6
What were General Ross and Tony Stark talking about at the end of The Incredible Hulk?
9
How do Ant-Man and others change size without special suits?
11
Why was there a need for all of the Pym particles?
11
What was Captain Marvel supposed to do once she reached her destination?