I recently had a rewatch1 of Next (2007) on Netflix, and had a feeling one of the scenes I remembered was missing.

The scene I recall was in the end of the film. It depicted Nicolas Cage's character using his powers to cold call Julianne Moore's character. He used the landline telephone in the motel to brute force all thinkable numbers until he heard her voice.

Were there alternate versions made of this film? Am I remembering the scene correctly, and if so, what version was I watching? Why was it missing from the Netflix release?

If it helps, I first saw the film on a rental DVD in Europe.

1 Strictly to be able to give it a proper rating.

alternate-version next
Share
Improve this question
edited Sep 28 '16 at 7:15

I think you may be remembering this incorrectly.

I've looked at a couple of online versions on Youtube (1:27:30) and neither of them showing Cage "bruteforcing" the number.

Indeed, he uses a cellphone to make the call to Moore not a landline. 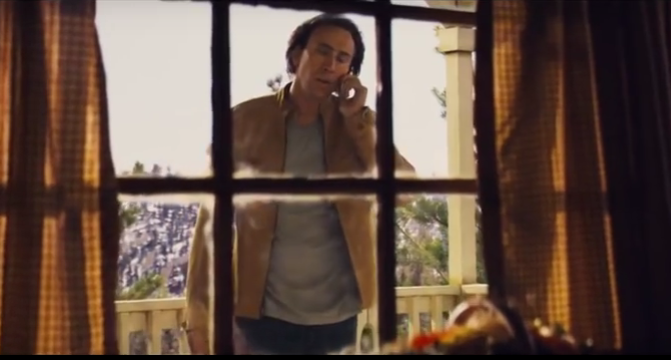 Not the answer you're looking for? Browse other questions tagged alternate-version next .

7
Is there a director's cut of Jackie Brown?
5
Why is The Punisher's "declaration of intent" missing from the German version?
7
Ending of I Am Legend (2007)
2
Are there scenes missing from the home versions related to Marie Kreutz?
2
Giant baby scene cut out of Benjamin Button?
15
Why are there lines missing from the Netflix versions of Buffy?
9
Was there a scene in Honey I Shrunk the Kids where Nick talked about the size of his database?
8
Flashback scene in It (2017)
11
Missing ending scene in 12 Angry Men?
2
Missing scene from Snow White and the Seven Dwarfs