How did Atlas accomplish the 'rain magic' trick in Now You See Me 2?

In Now You See Me 2, Daniel Atlas (Jesse Eisenberg) performs a trick - he makes the rain droplets stop mid-air. He then proceeds to make the rain drops go up (i.e. against gravity). Finally, he makes the droplets move in several different directions.

At the end of his act, he mentions that the trick was carried out using the strobe lights and rain machines installed nearby. Given this statement, is there a plausible explanation for how he accomplished the trick?

Somehow. It works small-scale in controlled environment, it is shown in the Macao trick shop. There it is a small box.

You need a controlled frequency of drops and a synchronised strobe. You don't see the same drop lit moving upwards but the next drop a bit above the last one so it seems that it moves upwards.

I doubt it is possible to recreate it large-scale as shown in the movie.

The effect is called "Levitating Water". There are a lot of YouTube videos showing it in a smaller format. I'm actually pretty sure there's no way to do it like he did it in the movie, because as soon as you touch the water, the illusion breaks and you can see the water "falling".

I wanted to add an official answer of what the phenomenon is called. On the Today show, David Copperfield who served as a consultant for the movie actually explains what the reverse rain effect is based on. The trick is based on the Wagon-wheel effect or also referred to as the stroboscopic effect.

Essentially what happens is by playing around with lighting you can make it seem like something has a slower frame rate than it actually is. For rain, what you are seeing is the strobing lighting the rain in the correct intervals to make it seem like they are staying still, going up, etc. Atlast also reveals this at the very end where he shows there are UV lights lined up on the floor along with the rain machines that are producing the rain.

In the movie, if you go to the to around 45 minutes in, after the twins Merritt and Chase are talking, you'll see Wilder stumbles upon the device which is known as a strobe fountain that illustrates the trick (and I guess this scene was also to foreshadow the magic and give an explanation for the inspiration).

A drink company performed this as an actual illusion for a recent television commercial. They drove a sofisticated drip machine with very large strobes and a camera on a robot arm. The field looks to be about 10 feet cubed. 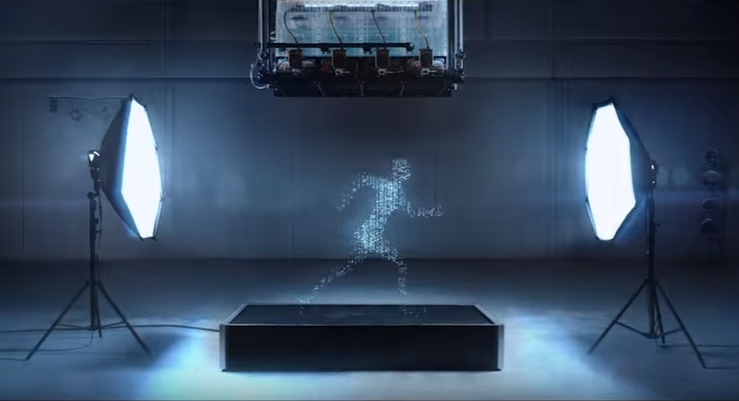 They could not retain static drops inside the drop field, the falling distance seems much to far. The drops hit terminal velocity at slightly different heights from one frame to the next.

So I'm afraid it was all CG, with some actual wet actors.

Not the answer you're looking for? Browse other questions tagged plot-explanation now-you-see-me-2 .

3
How did the Four Horsemen do the teleportation trick during the first act?
4
How did the Horsemen reach the plane in a truck?
21
Can I watch “Now You See Me 2” without watching the first film?
8
How did Ackerman know Angier's trick was “real magic”?
3
What exactly happened to Dylan Rhodes's father in Now You See Me?
2
How did Jack Wilder appear in two places at the same time?
2
How did the lady with the revolver see the hollow?
9
How did Batman see The Flash stumble?
4
How did Tony Stark obtain Thor’s Magic belt (Megingjord)?
3
How did Yuri see the chase?