How was Cooper confident about landing his Ranger on Miller's planet?

When Cooper enters Miller's planet in Interstellar, how does he know that he can land the ranger on the water surface? Also, when Brand and Doyle hop out of the ranger to collect data, how are they so sure as hell that they can walk and not swim? 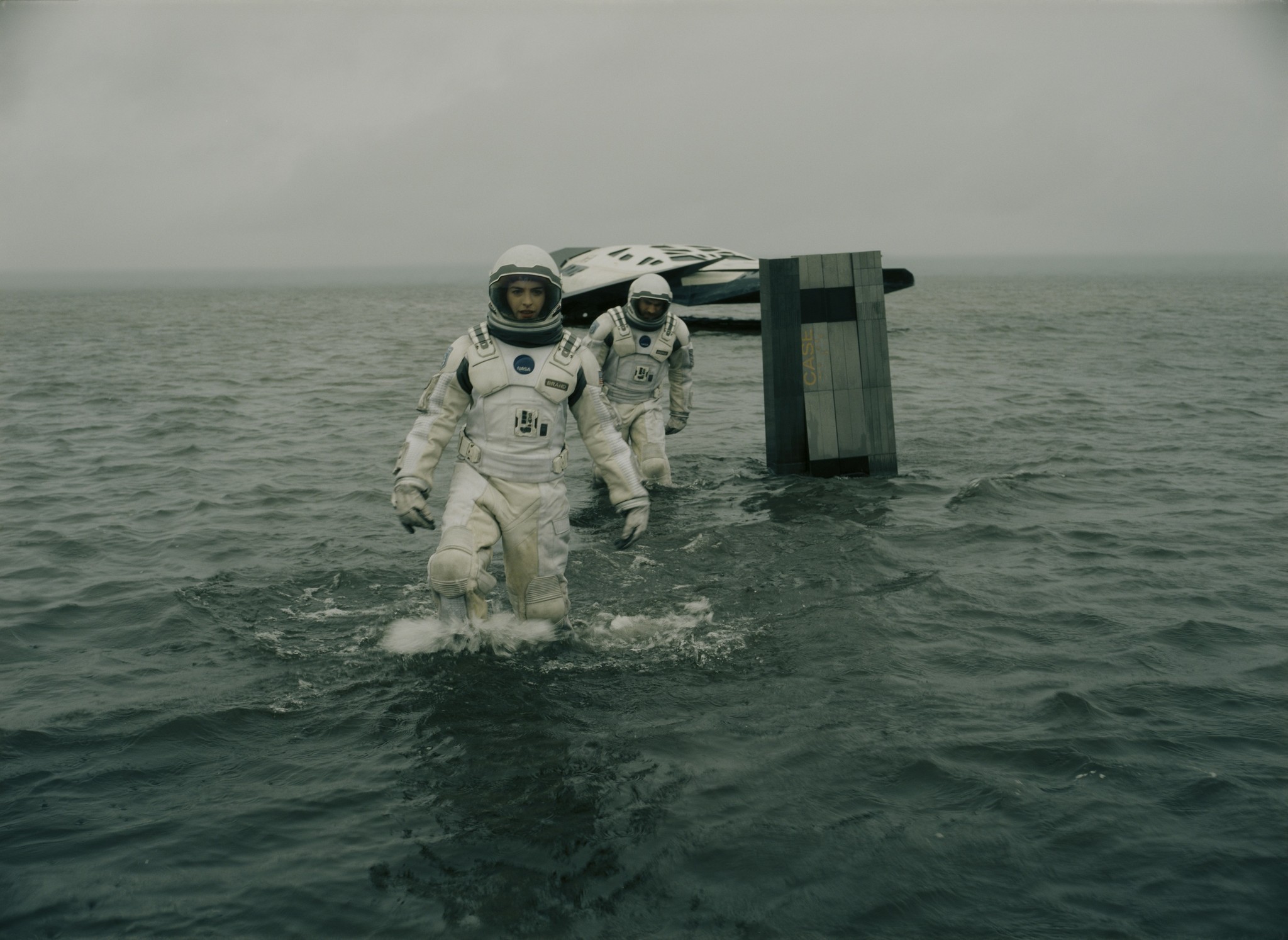 Pelicer already made a good point about the ship probably having some reasonable sensoring technology for analyzing the ground structure. What is interesting is that in the film's script (as published in Interstellar: The Complete Screenplay with Selected Storyboards) there is an additional line from Amelia acknowledging the shallow water (emphasis mine), which was later dropped in the film (together with slightly rearranging the rest of the dialogue in that scene):

The crew peer at SPARKLING WATER, streaking below them -

BRAND
The stuff of life ...

The Ranger is low now, kicking up backwash -

It is still left unclear how Brand knows that. However, seeing how they are still too far from the water to really see the Ranger's effect on it yet, it seems likely that she says that after looking at some kind of sensor data. Cooper's reaction might also suggest that they didn't already know that the water was shallow until Amelia said so.

It is also unclear why this line was removed in the film. But it might very well have been considered superfluous, since it only acknowledged something we already saw and which might have been assumed implicitly anyway.

Their space ship is highly advanced. It certainly has some kind of radar. Also, Tars would have alerted them of any danger, as he certainly is too very well equipped.

10
Why does time flow differently on Miller's planet?
43
Why did it take a rocket to lift off the Earth but just shuttles to lift off the other planets?
9
Why and how did Cooper suspect that Amelia Brand had intimate feelings for Wolf Edmunds in Interstellar?
11
How does Cooper know that jumping in blackhole can gain back years?
8
What was Cooper's plan after docking?
5
Could Doyle have survived?
7
Why didn't they send more complex data through the wormhole?
7
How come the scientist in the second planet is not super old?