Who portrayed Ray Finkle in the file photo?

In Ace Ventura, Pet Detective, which actor portrayed Ray Finkle in the Miami Dolphins team photo of Finkle in his football uniform? 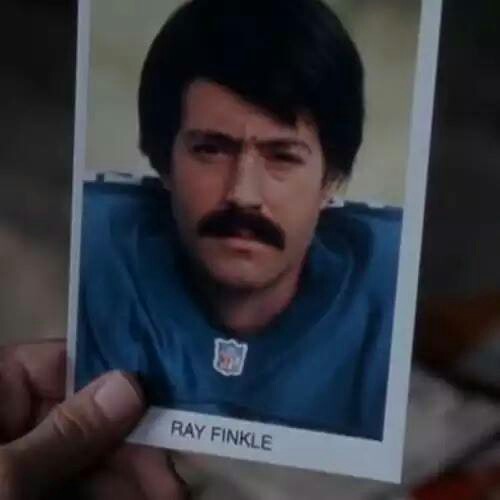 According to the director, the actor in the photograph is the same person that played Ray Finkle for the rest of the movie

merely costumed up to look more like a typical 70's football player.

To quote from the article:

Ray Finkle in the team picture is played by Sean Young wearing a wig and fake mustache. Shadyac notes you can tell it’s Sean from the frail arms, but, from the neck up, she makes a very convincing man.

Not the answer you're looking for? Browse other questions tagged casting ace-ventura-pet-detective .

12
How was it possible to use the theme music of Mission Impossible in Ace Ventura Pet Detective?
19
Why are there three different actors playing Gregor Clegane?
7
How many nationalities has Christopher Lee portrayed?
37
Why is Pablo Escobar not speaking proper Spanish?
9
Why were the Miami Dolphins chosen to be portrayed?
9
Was Keanu Reeves cast due to his past hockey experience?
32
Did Michael Shannon appear in Batman v Superman, or was it just CGI?
0
Who played Sebastian in Suddenly Last Summer?