Why did they use handheld camera for very end scenes in Carol?

I saw Carol (2015) recently. All scenes are shot with steady cam, sometimes it looks like Wes Anderson or Tom Hooper shots.

But for the very end scenes they use handheld camera which almost reminds me of Paul Greengrass. Why did they use that for the end scenes? 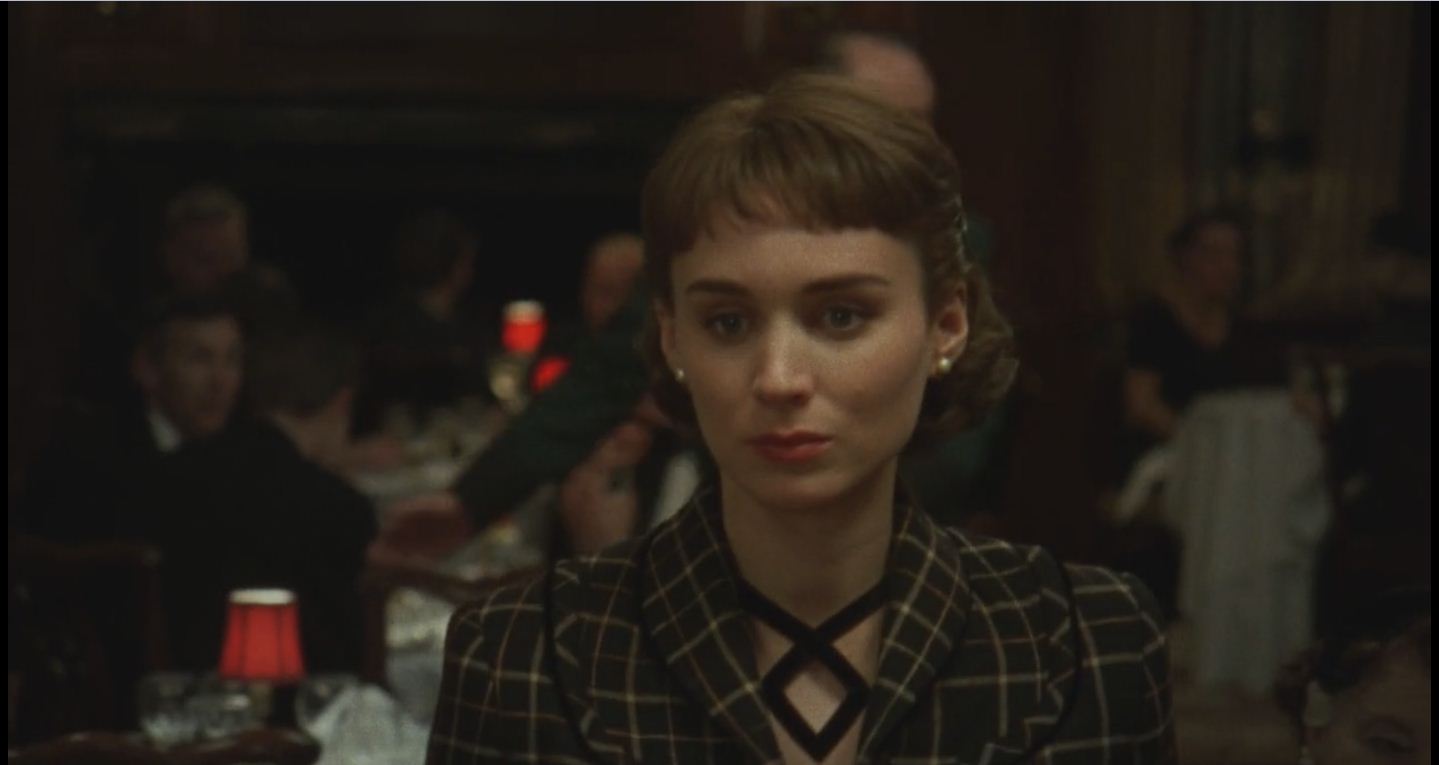 ARRI News: People often choose Super 16 for the mobility of the equipment and do a lot of handheld operating, but this film is fairly classically shot, with one rare exception being the very powerful handheld shot of Therese during the final scene.

Ed Lachman: That's right; in terms of camera movement and placement we approached this as a formal, classically-shot film, but for that one scene at the end Todd wanted a certain emotionality to the camera movement, to reflect the characters' unsettled feelings. It was done by having the operator handholding the camera while sitting on a dolly. That was our compromise, so it's partially handheld but the tracking move across the room was on a dolly.

Director Todd Haynes also talks about this shot in another article, but is less explicit in what he tried to convey:

Ray Pride: The camera makes a slight push-in on Carol when they first meet in the toy department, a little reframing, and the only other shot I remember that has that handheld effect is at the end, when Therese is looking for her in the restaurant, before you land on her looking toward the camera, Therese, us. Yearning gazes, those are powerful and easily overdone. Those make sturdy bookends.

Todd Haynes: It’s all about these different strengths of restraint, different levels of restraint. One example is that lunch scene. Just the rate at which we intercut those shots. There’s such great moments on both sides that the tendency, the instinct at first—oh, we have to cut to that, we have to get all that stuff in—but once you develop that rhythm of intercutting, you can’t pull back from it. So you really have to set up some expectations of rhythm and pace for an audience. You can deviate from it, but you go back to it as your norm. So to just hold on to an actor when there’s a change of topic, and there’s that little silence. Where nothing’s happening. And someone’s nervously trying to change the topic of conversation. It’s disquieting.

Ray Pride: It also captures the unease of a potential seduction, you’re subtly shifting to the listener instead of the speaker, the subject of desire.

Not the answer you're looking for? Browse other questions tagged cinematography carol .

8
How did they get this shot in Metropolis?
13
Is 'Birdman' the first movie to use the long take technique for events not occuring in real time?
4
How did they film the camera following flying golf ball in Happy Gilmore?
2
What's the first movie to have the “Michael Bay Spin” in it?
44
How do they shoot binocular scenes?
6
How do they shoot breaking things so close to the camera without damaging it?