We were just watching the 1960 Swiss Family Robinson movie and shortly after they land on their island there is a scene where two Great Danes appear to actually attack a Bengal Tiger. 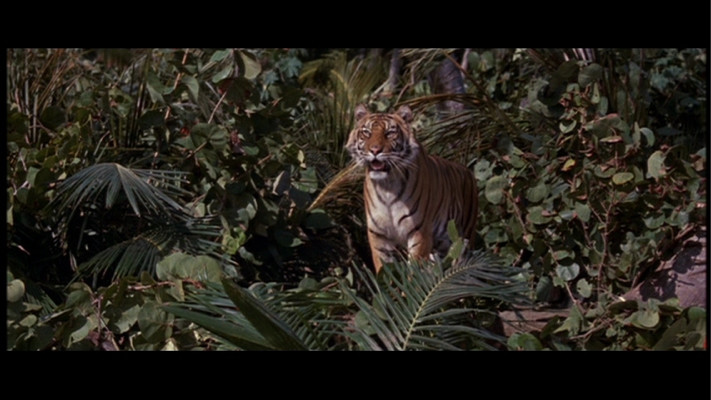 There is a bad quality video on YouTube for those interested, but I'm not going to link it.

How was this scene filmed? I don't know the endangered status of the tiger in the 60's but did they really just let two Great Danes attack a Tiger?

Not the answer you're looking for? Browse other questions tagged film-techniques swiss-family-robinson .

28
Do contemporary cinemas really project at 25fps?
12
How do they shoot fight scenes without causing harm to performers?
32
Is this mask really possible?
56
Do the actors really go nude in the shooting of the movies?
27
Do they really have sex in movies?
39
How is dialog between two people filmed?
3
How is dubbing done for fight sequences?
3
How did they film the fight scenes in 'Legend'?
1
How did they film two satellites colliding in supposed 'zero gravity' out in space?
6
How were Old Yeller's animal fight scenes shot?