Why aren't the songs from a TV show credited in the end credits?

Movies (feature films, if you prefer) always list the songs they feature at the end of the credits.

Here's an example from Star Trek Into Darkness: 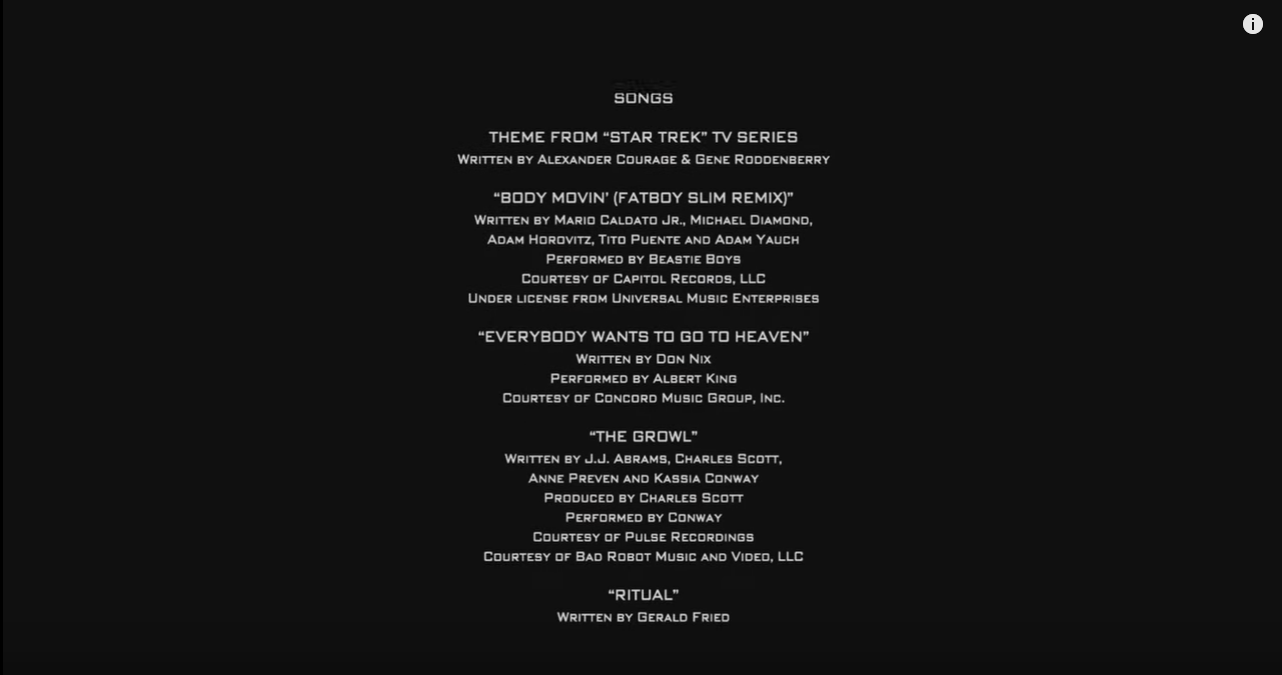 But TV shows seem to answer to different rules. I noticed this when I was getting into Breaking Bad, then realized it was true for all other shows.

I get slightly annoyed not to be able to know what songs are used in TV shows and I can't understand why.

It would allow people to discover new artists, would give a fair and legal credit to the artists. Today, people have the option to skip or watch the credits with VOD platforms, it's up to them so the duration doesn't matter anymore. If you design using a smaller font, flash the cards faster or use two columns side by side you could fit a lot more, so I also don't think this would be a problem.

So why aren't the songs used in TV shows in the credits?

In this case Time which equals money.

The vast majority of TV content is still provided by TV networks who make their income from ads. Every second not devoted to actual content is a second they can't sell.

Now, the credits in TV are usually down to union rules/contracts and what can be negotiated by the producers.

Chuck Lorre is famous for having a few seconds for a vanity card at the end of his TV comedies and had to have that written into his contract.

I worked on Miami Vice for almost two seasons, and I asked that question to Billy Sackheim, who was the associate producer on the show (and is now a top director in his own right).

Sackheim told me, "we're so jammed with credits already, we don't have the time to slip in extra credits for the music. Besides, we already paid those people a fortune for the rights, and legally we don't have to give them a credit."

(We video post people didn't get credit, either, but that was partly because we were working for a non-union company.)

The end credits are whipped past as fast as permitted under the rules allowed to make way for the "next week on..." promo and the next set of ads.

Basically, they don't have to, it would cost them money if they did (over and above what it's already cost them)...so they don't.

Not the answer you're looking for? Browse other questions tagged soundtrack credits .

7
Unrelated Cast Songs for the Credits
59
Why do studios use Roman numerals in the copyright notice in the end credits?
28
Why do some closing credits show the character name of only one actor?
1
@Midnight end credits
6
Why aren't armorers listed in credits?
10
What is the first movie to show bloopers at end credits?
4
Why do movie credits scroll from the bottom to the top of the screen?