Which gods were the Enchantress and her brother referring to in Suicide Squad?

In the movie Suicide Squad, the enchantress talks to her brother saying that humans worship machines these days and that they were worshipped as gods themselves.

What kind of gods were they referring to? Which Goddess was the enchantress and which one was her brother?

They look a bit like Mayan or Incan but I can't really find any other information about it.

While the Movie gives no answer on that front, the Suicide Squad Novelization, written by Marv Wolfman, actually does provide information on that front.

In it, Incubus (Enchantress' brother) is reffered to as both Inti and Kinich Ahau, who are respectively the Sun Gods of the Incans and the Mayans.

What Goddess Enchantress herself is, however, isn't revealed, but we can make certain leaps.

As she visibly wears a Crescent moon headpiece, and is Incubus' younger sister, I take it is fair to assume that she is a Moon Goddess.

Thus, she would be associated with Mama Killa and Awilix, the Incan and Mayan Moon Goddesses.

Which culture is not specified other than Central American nor are their "God" names disclosed.

In this [movie] version, Enchantress is an entity that was once worshiped by an unspecified Central American culture, along with her brother. 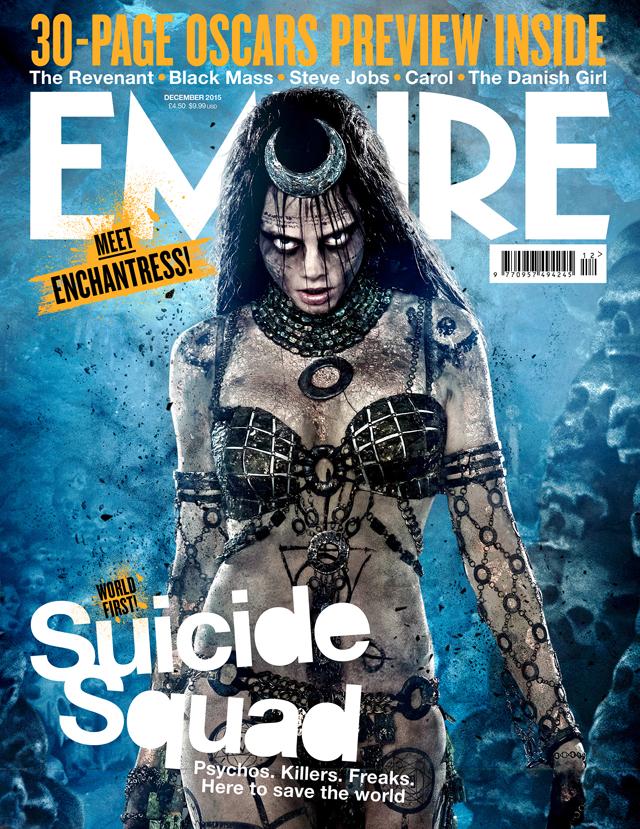 Her costume is entirely different here from her usual comicbook one. 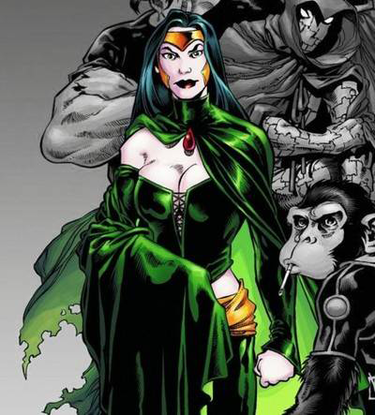 Not the answer you're looking for? Browse other questions tagged character analysis dc-extended-universe suicide-squad .

8
Why were the parents in The Poltergeist shown smoking pot and drinking?
13
Were the Horsemen cards referring to roles?
11
What is Godzilla and what does he know and want?
17
Why is the lens eye of Deadshot reversed in Suicide Squad?
6
What happened to the Joker after Batman arrested Harley Quinn in Suicide Squad?
8
Where was the Batman during the "terrorist" event?
23
The acid scene in "Suicide Squad"
3
Were Captain Spaulding and Mother Firefly the biological parents of Otis Driftwood?
4
Shazam's physical and mental powers, based on the Gods