Where does the gun suddenly get extra bullets in season two of Lost?

In the early episode of season 2 of Lost, tracking the survivors of the tail section, it is repeatedly noted that there is one bullet in the gun Ana Lucia takes from Sawyer.

However, she then goes on to shoot Shannon, after which she fires a warning shot to silence Michael and Jin, then continues threatening the others with it as though she has yet more bullets to use.

Edit: I noticed she has two guns, actually. I must have missed something. Where did each gun respectively come from?

Answer: It doesn't, there are two guns. Ana Lucia has a Beretta 92FS with one bullet which is used when she kills Shannon and the gun she uses later was a Glock obtained from Sayid in the ensuing chaos and fighting.

A transcript of Collision S02E08 explains that this is indeed what has happened.

[Sayid pulls out his gun and goes after Ana.]

[Eko tackles Sayid and they fight. Ana cold-cocks Sayid, and grabs the gun.]

Also you can reference the different guns and who had them at www.imfdb.org

1. Beretta has been fully fired

Ana Lucia shoots Shannon with the one bullet from the Beretta 92FS that she stole from Sawyer. Note in the image that she is holding a Beretta which is fully discharged as the chamber is open. 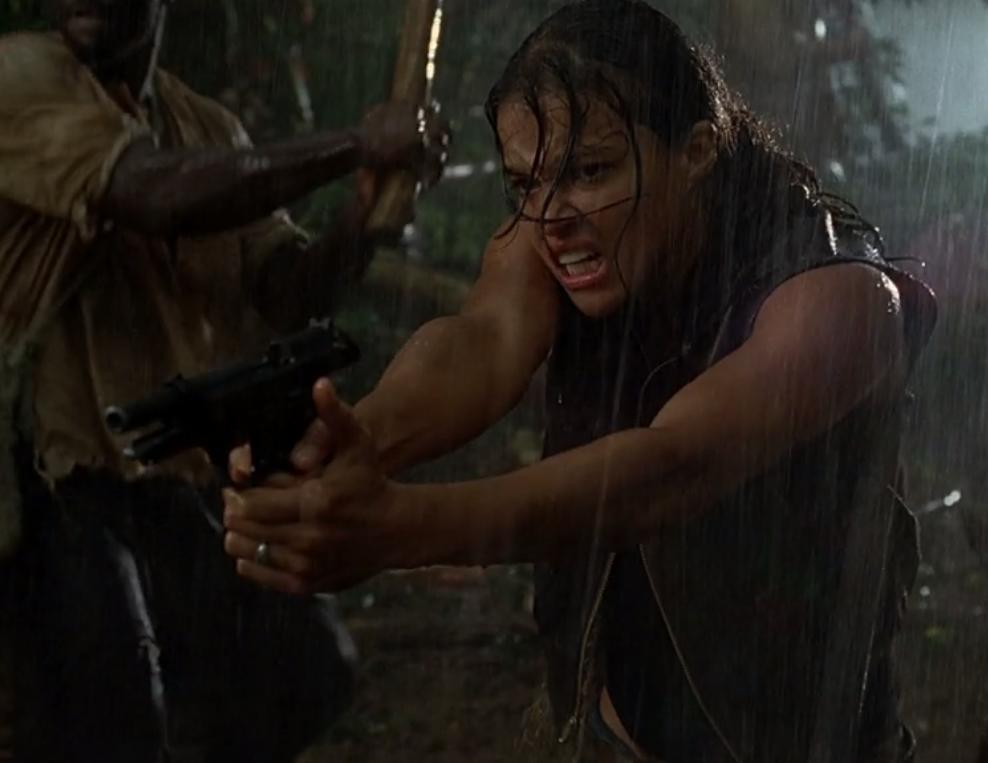 2. Sayid has a Glock and loses it in a fight with Mr Eko

After this Sayid pulls out his own gun and charges Ana Lucia, only to be attacked by Mr Eko, causing him to drop the gun. Sayid and Mr Eko proceed to fight over Sayid's gun which from what I can tell is a Glock 17 or 19 and not the Beretta. 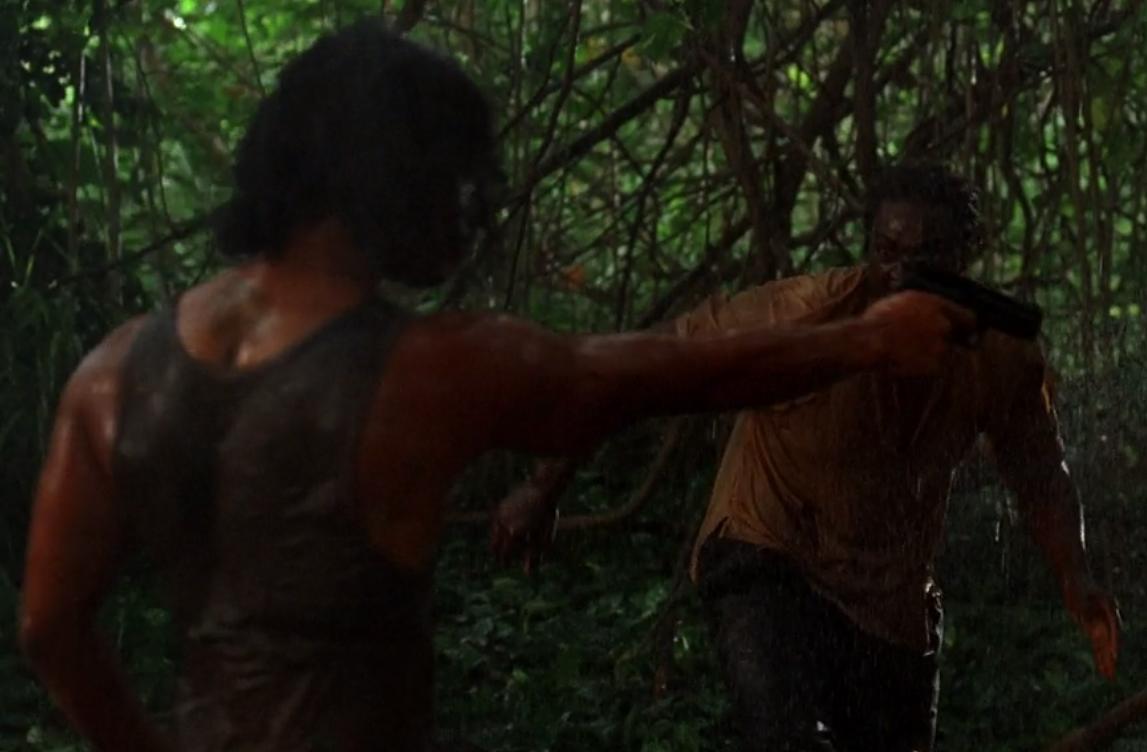 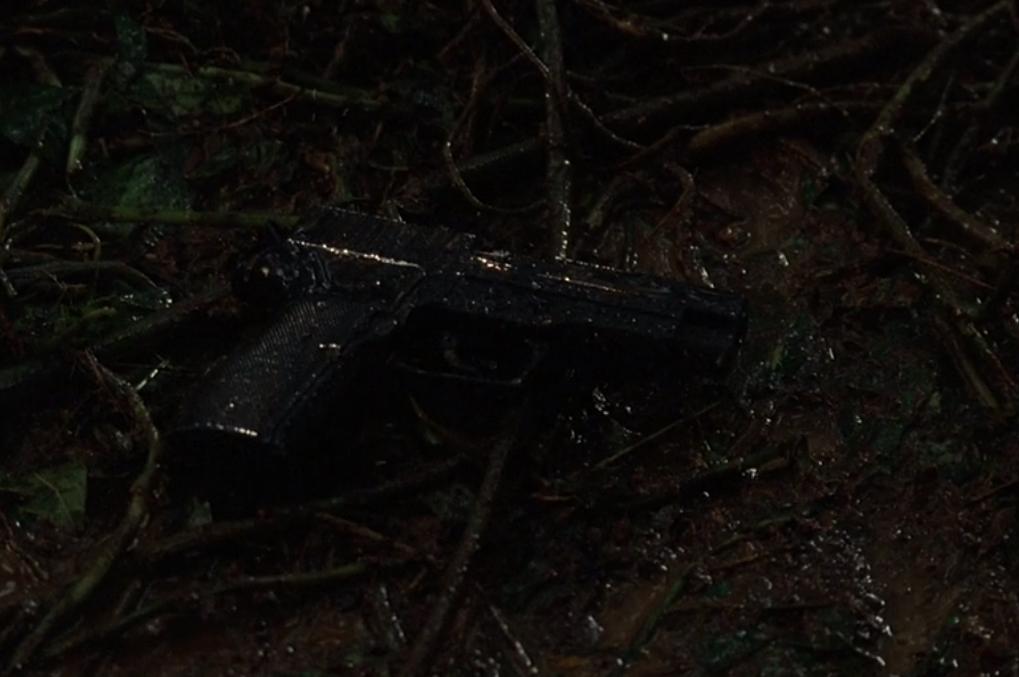 3. Ana Lucia now has the loaded Glock from Sayid

Ana Lucia then joins the fight and takes out Sayid and grabs the Glock, which is likely fully loaded or at least has more than one bullet, and this is the gun that she now uses to threathen the others and fire warning shots with. 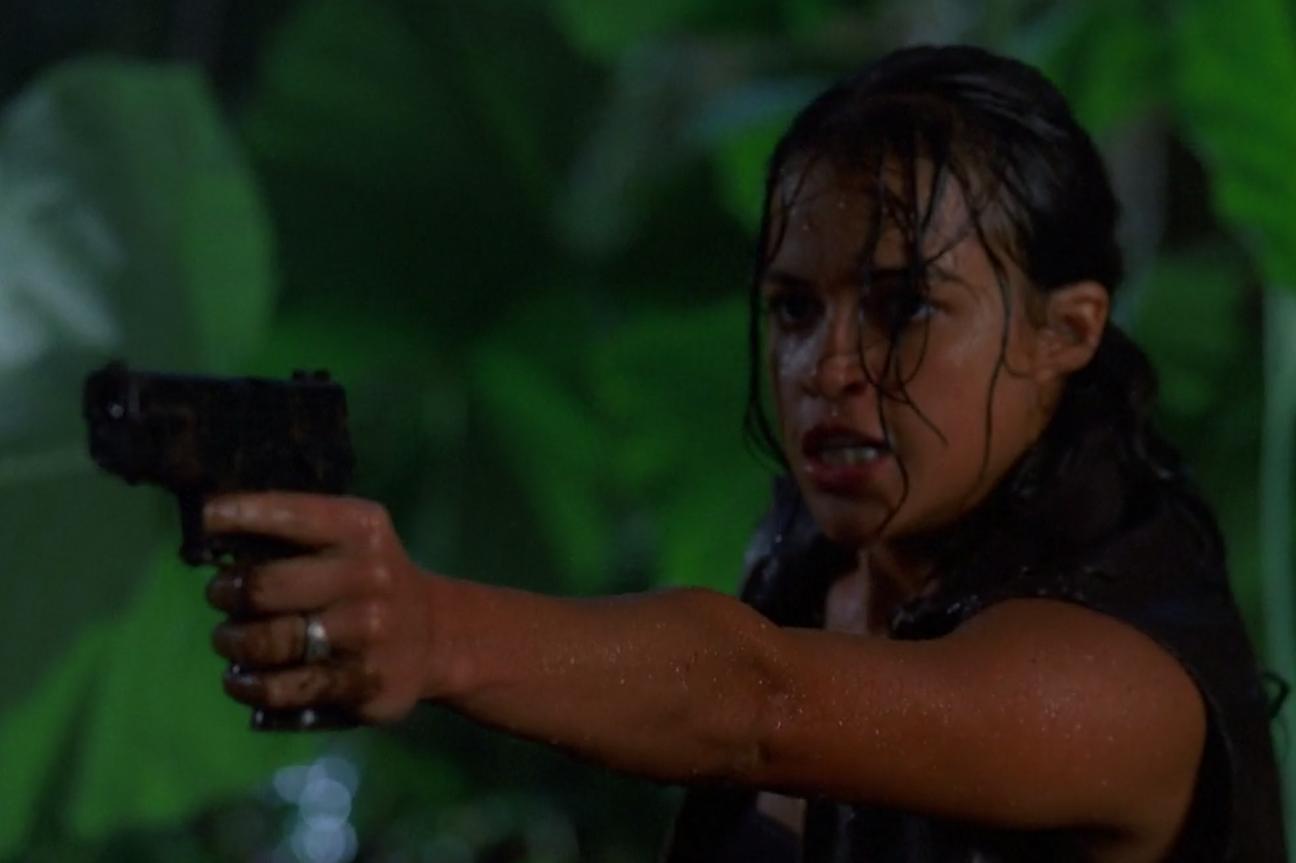 6
Where did Rick get the matches?
6
Rose's message in the season two finale of The Fall
3
Where does Luke Cage get the smart phone he uses?
8
How Does the Delta Flyer Get Repaired in Star Trek: Voyager Season 7?
4
How does the gun get back?
8
How did the two dragons get unchained?
8
Where does Doc get all of his money
8
Where was the Mind Flayer in Season 1?
8
Where does the FBI get all its NZT?