Why does Ash never win a Pokémon League championship?

Lots of fans were angry at the end of Pokémon XY & Z because Ash lost (again) in a championship, this time in Kalos Pokémon League. But why? Is there any reason for the writers to make him lose again?

The journey to become a champion can be long and arduous. Rocky had been fighting for years before he got a shot at Apollo Creed and even then, it was done as a publicity stunt. Remember, he lost the first fight.

Likewise, our plucky protagonist Ash Ketchum has had a long journey and after 22 years of the series (~1100 episodes), Ash has finally won a Pokemon league championship

As of the latest episode to air in Japan, Ash is the first place winner of the Alola league and at last is a Pokémon champion. 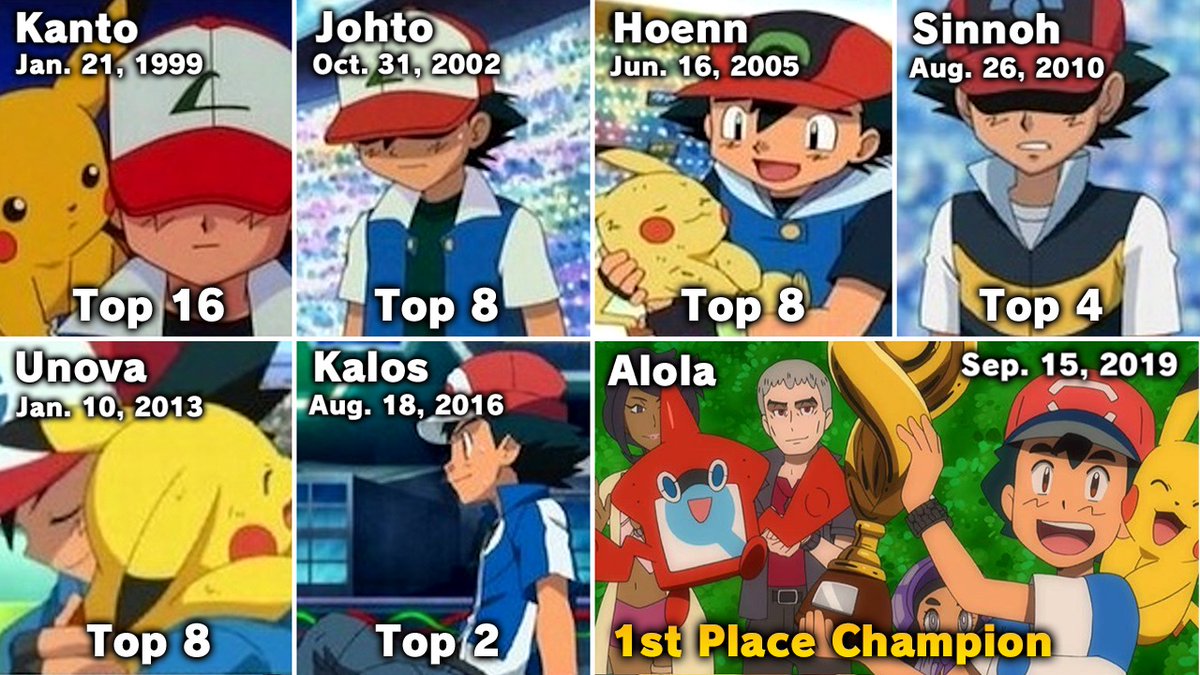 Ash's win comes ahead of a big shift for the series - to the region of Galar, the setting of upcoming Nintendo Switch games Pokémon Sword and Shield. Full details on the first Galar anime season will come later this month, but The Pokémon Company has already suggested the show will be making some changes.

All regions will be featured in the series, not just Galar, the company has said - leading to speculation among fans that Ash may take more of a background role. With his journey to become a Pokémon master now complete, is this the end of Ash as the anime's hero? To be continued...

Ash has journeyed far and wide, made many friends and caught many Pokémon, but only became a champion when his journey of learning was near its end. Now, as a champion, he may become a tutor or teacher to another generation of trainers. We'll see once more episodes are released (and hopefully, translated)

Although he has not won any of the other championships he has competed in, Ash has trended towards being better in each subsequent league that he has faced. One image going around the internet shows his progress in each league: 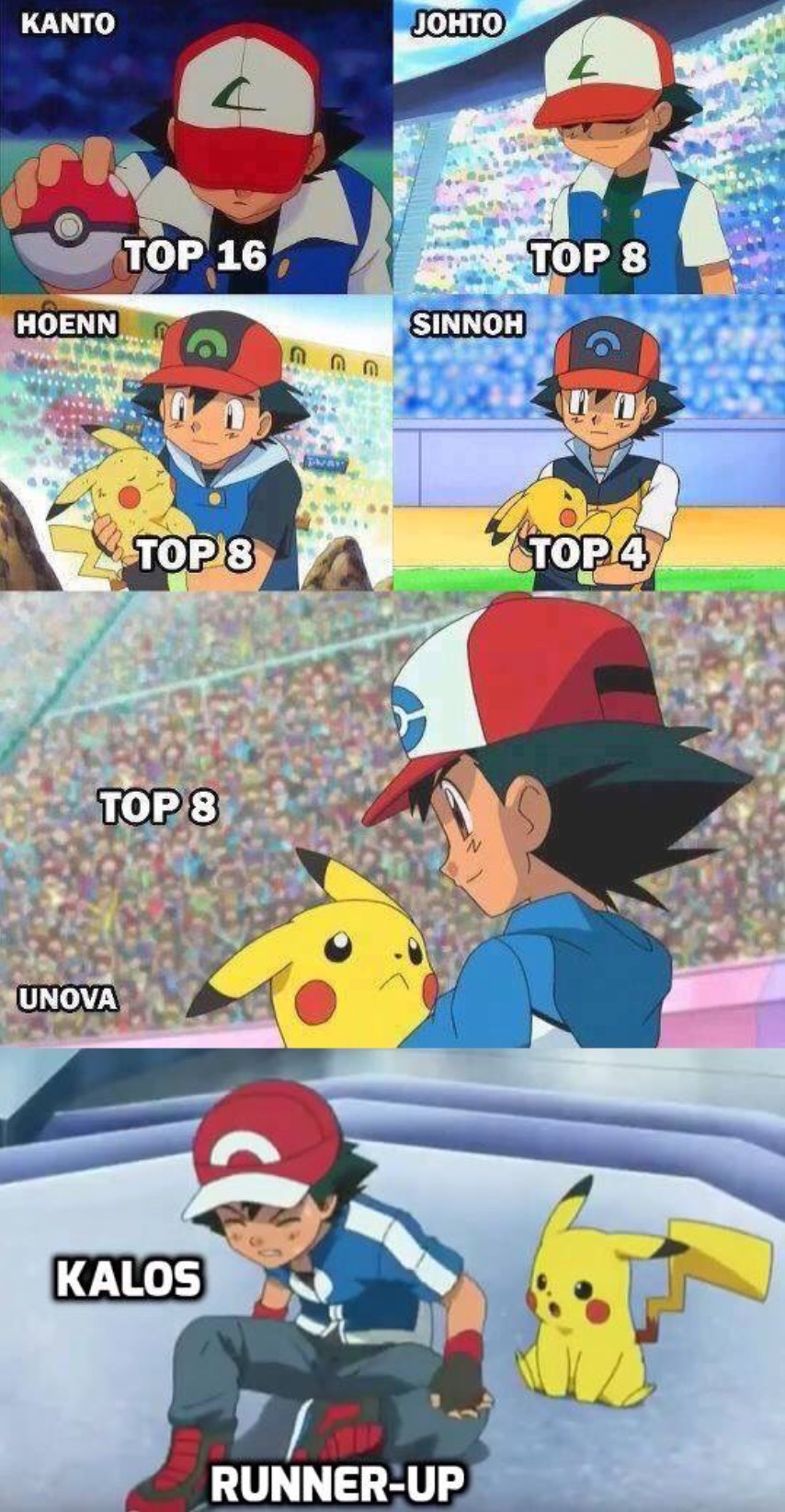 In 5 out of 6 Leagues, he has done just as well as or better than the league before (and in Unova, he did just as well as he did in two other leagues). So Ash is making steady progress and improving his skills as a Pokémon trainer. It's quite possible that if the trend continues, he will eventually win.

Out of universe, Ash has been trying since episode 1 to be the greatest Pokémon trainer. I think that there is a sense that if he wins a major league championship that he will have achieved his dream and there will be nowhere to go from there without changing the main character's motivations. After all, if you're the very best, like no one ever was, then it's tough to have a challenge in the following episodes. Given that Pokémon has been going for over 900 episodes with no end in sight, Ash is probably going to continue his quest to become a Pokémon master for many more episodes.

Ash will never win a league because the moment he does there is nothing left to add to his character. If he won the Kalos league then he would have had no real reason to start all over again in Alola. Ever since gen 5 it's been like an anthology. Gen 6 would have been the perfect send off had he won the league and run off with Serena but this is a kids show and always will be. Ash will be here twenty years from now and will still be the same.

Not the answer you're looking for? Browse other questions tagged production pokemon .

13
Why are there so many different writers to TV series?
62
Why do mouse cursors never align with actors' hand movements (or always move perfectly straight)?
6
Why doesn't Ash swap out Pokémon more often?
23
Does the Orange League not count as an official Pokemon League, making the Alolan League Ash's first-ever win?
1
Why is the supporting role of the girl frequently changed after three or four seasons in Pokémon?
2
Why Are Some Movies and Television Shows Still Being Cropped (Pan and Scan) To Fill a Television Screen?