What was Lenny's obsession with Airplane models?

In The Butterfly Effect, what was Lenny's obsession with Airplane models in the primary timeline? There was no connection I can track about this sudden obsession.

First of all, Lenny is, from all the four friends, the most introverted and shy character. It is not so relevant that those are airplane models specifically. What is more relevant is that it is, as you mentioned yourself, a bit of an obsession. In general building and collecting airplane models is a rather common and stereotypical hobby for an adolescent boy of his age, especially one that is more introverted and shy. And in this way it adds to Lenny's characterization.

It seems he only starts building the models after the incident with the mailbox, the true horrible extents of which we only learn later, namely that the mother and her baby were blown away by the dynamite. Seeing this happen traumatized Lenny into a catatonic state and he completely distanced himself from his environment, especially his former friends, making his introversion even stronger. After he returns from the therapy he seems to start building those models. It's unclear if that was a hobby all along or if it even is part of his therapy. What is important is that it serves as a distraction for him to supress the traumatic events that haunt him as well as escape from his environment, including his former friends. 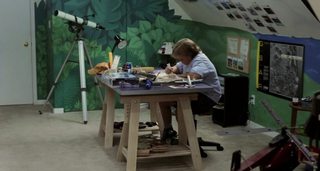 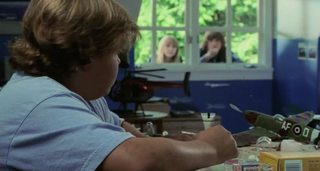 In the same way the airplane models serve as a symbol of his childhood and his lack of growing up. While you don't have to be a child to build and collect models, together with him still living in his mother's house and sitting there in his kids' room building these models they serve as a way to tell us that Lenny's state hasn't changed at all. The millions of airplane models that Evan sees in Lenny's room are telling us that he never recovered from the events, it only got worse. They are somewhat of a symbol for the years Lenny spent in solitude doing nothing but building airplane models instead of dealing with his life. He never grew up, he is still the traumatized little boy he was years ago. 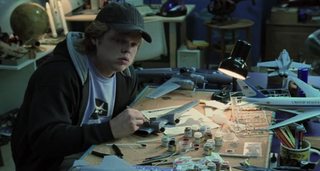 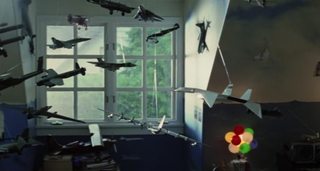 Not the answer you're looking for? Browse other questions tagged character the-butterfly-effect .

31
What was the original ending and why was it changed?
4
What is the matter with the babies Evan's mother had before?
3
What was with Ron Perlman's character's nose obsession in Cronos?
2
What happened to the journal in the Butterfly Effect?
31
What was Bruce Wayne's obsession with unusual looking statues?
9
Why is the religious guy surprised about the scars in the hands of Evan?
7
Who was the 2nd family holding their new born baby in the lawn?
4
What was Danny Rand's obsession with white shoes?
42
Significance of Cersei's obsession with elephants?