What happened to the Federation Universal Translator Technology?

In Star Trek Beyond, an alien is recovered drifting towards the Yorktown. Her language isn't understandable, so they put her in a large round device, take a while to figure out the language, and attach a translator device. Which delays translation. And has a huge red light. 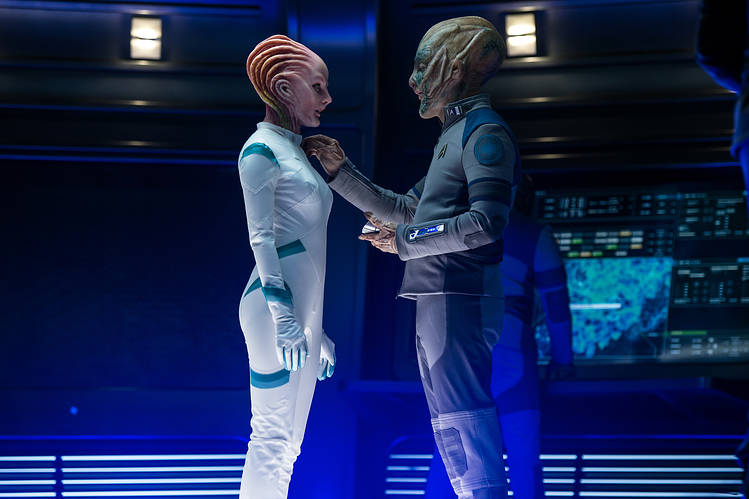 Considering The Original Series didn't require that, and the Kelvin-Timeline is supposed to diverge from the TOS era due to time travel, why is this? Worse, Enterprise shows that the then being developed universal translator works without a device and seamlessly as well, predating the TOS era. As Enterprise era ships like the Franklin are shown in Beyond, they should have similar technology.

Why has the technology taken a step back in the movie? Both in-universe and out-of-universe. Not like the 2009 movie set a few years earlier required a universal translator that sounded like a badly synced Japanese dub vis-a-vis the Romulans.

The Deep Space Nine episode Sanctuary (S2 E10) has a race which comes through the wormhole and cannot be immediately understood. It takes some time for the Universal Translator to work out the language.

This is explained in-episode (using technobabble) as their language being unusually different from common language structures.

So it's probable that in Beyond the language being spoken was sufficiently complex or different that the translator had to think about it for a while.

This is speculative. I'm sure there's a better explanation somewhere.

13
Where did this character pick up another language?