Did Apocalypse choose his Four Horsemen at random?

When Apocalypse woke up, he seemed to recruit the first four mutants that were willing to join him as his personal guards. Psylocke, Angel, Storm and Magneto: 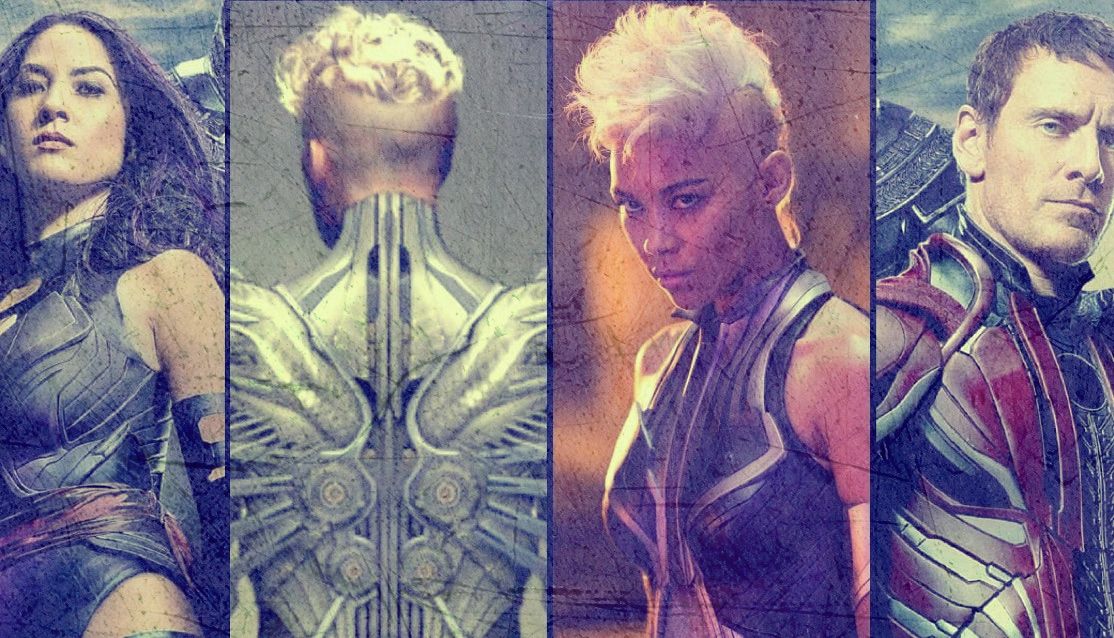 They were associated to the literary Four Horsemen of the Apocalypse from the last book of the New Testament: 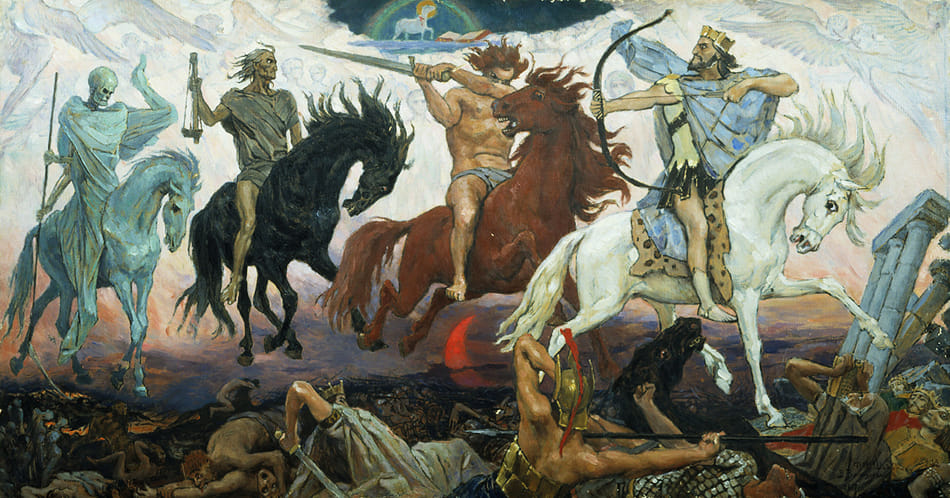 Yet, these mutants do not seem to be particularly related to or even symbolize Death, Famine, War or Conquest/Pestilence...

So were they randomly chosen by Apocalypse and associated to these literary references?

He didn't choose them at random because he didn't encounter them at random. Each time, his prior recruits take him to see the next one. And while it's not really made clear in the movie, his choices do seem to line up nicely with the traditional roles of the Horsemen.

The order in which Apocalypse acquires his Horsemen is:

So his first recruit was, indeed, random, but afterwards, he clearly selects his recruits carefully. He even ignores one (Caliban) in favor of another (Psylocke), and tracks two of them down where they were and recruited them.

How much of a connection there is to the Biblical Horsemen isn't clear, but there are at least some hints that it was intentional. In the source comics, there are many different mutants playing the Horsemen, but in most cases it's obvious which is which. In this movie, it's less obvious, but the intention appears to be:

Not the answer you're looking for? Browse other questions tagged character analysis x-men-cinematic-universe x-men-apocalypse .

6
Why did Riggan Thomson choose to end his play that way?
30
Why did Syrio Forel choose his wooden sword over a metal one?
13
Why did Apocalypse say this?
24
Did the line about Krishna get altered in X-Men: Apocalypse?
8
How did Apocalypse trap Quicksilver?
5
Why did Apocalypse fire all the nukes out into space?
10
Did Magneto know that Apocalypse intended to kill Charles Xavier?
5
How did (young) Jean exactly defeat Apocalypse?
30
How exactly did Apocalypse enhance Magneto's skills (if at all)?
6
Did Jason ever have the pattern of picking his target or was it always random?