Is there a higher authority than Parker in Avatar?

The whole war thing of Avatar was based on the human greed for unobtainium that is found in large scale on Pandora.

Now Dr. Grace had a wonderful knowledge on the biological structure of Pandora. But none listened to her and Pandora was attacked. In the whole film it was shown Parker Selfridge as the administrator of the program. But what kind of administrator was he that neither he ever listened nor he tried to understand what kind of biological treasure was on Pandora?

One more thing to be noticed nobody from Earth ever asked for what is going on Pandora for a particular time? I mean no feedback form the human base camp on Pandora at all to the earth where the sponsors and govt were there!

Shouldn't there have been another supervisor from the Earth whom Grace could report to what is going on Pandora and how Parker was going to destroy Pandora?

If she did, nothing should have happened! Watching the whole movie, sometimes it seems the mission was a reckless driving by a stubborn driver like Parker and no body was there to pull him. Dr. Grace could report to earth about the misleading by Parker there.

Parker Selfridge is the head administrator of the RDA on Pandora. 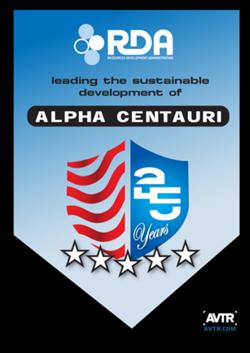 The Resources Development Administration, or RDA, is the largest single non-governmental organization in human space. Its power is such that it outmatches most of Earth governments in wealth, political influence, and military capability.

The RDA has monopoly rights to all products shipped, derived, or developed from Pandora and any other off-Earth location.

Under strong pressure from the UN, scientists and the general public, the RDA agreed to set up a program to enhance communications between humans and Na’vi.

At first this consisted solely of an Indigenous Terrain program to study Na’vi culture and language and to attempt to establish communication between man and Na’vi.

Originally part of RDA’s Na’vi outreach program instigated at the behest of Earth government authorities, the Avatar Program has moved from being a poorly-defined xenobiological experiment controlled by Earth-based bureaucrats, ivory-tower academics and populist politicians to become a tightly-managed engineering project incorporating the most advanced technology from RDA’s labs.

The original script has a character named Marcia de los Santos, she is the Freemedia Officer:

It is her job to send home the inspiring footage used for corporate advertising and recruiting, though technically she is keeping a full and impartial record of the operation at Hell's Gate.

Selfridge heavily edits her downlinks to Earth, claiming the "expense" of data transmission, but really it is ironfisted censorship.

And according to this James-Cameron-approved guidebook: 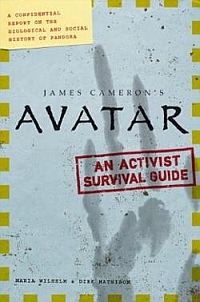 The cost of sending a message to earth is "approximately $7,500 per bit".

So I think it's possible that messages to Earth had to be approved by Selfridge. That could explain why Grace never talked to someone on Earth about her frustration.

The whole situation/movie could be seen as a critique to the human imperialism/capitalism. The humans are mining on Pandora to get the unobtanium and have no regard for what they do to the planet or its ('inferior') inhabitants. The central earth government doesn't really care about how the mining is caried out, only that they get their mineral. In some way the parallel to our present day industry could be drawn. Our planet is suffering from the effects of, but we (as a people) still allow, some rather detrimental industrial activities to go on (wood harvesting from the rain forest, strip mining hills, widespread burning of fossil fuels).

James Cameron acknowledged that there is a point there but not as explicitly.

7
In Avatar, does Ninat refer to Ninet Tayeb, Israeli singer?
23
Final scene in Planet of the Apes (2001)
17
What was wrong with Betty's hands?
35
How do the flying islands in Avatar stay in place?
13
Why are the Na'vi in Avatar blue in color?
12
Is Na'vi language from Avatar based on any known language?
5
Why does Eywa reject Grace's body to her avatar?
1
Could the electric company employee have wrecked Hans Gruber's plan?
7
Were the Na'vi ordered to kill Avatars?