Why wasn't the X-Jet affected by Magneto?

In X-Men: Apocalypse, we see Magneto (Erik Lehnsherr) ripping the environment apart using his magnetic powers. Magneto can generate and control magnetic fields and various magnetic forces. His powers allow him to manipulate metal to levitate and move it in a similar manner to telekinesis. In Apocalypse, his powers are amplified, and he can pull up anything metallic from virtually anywhere on the planet: 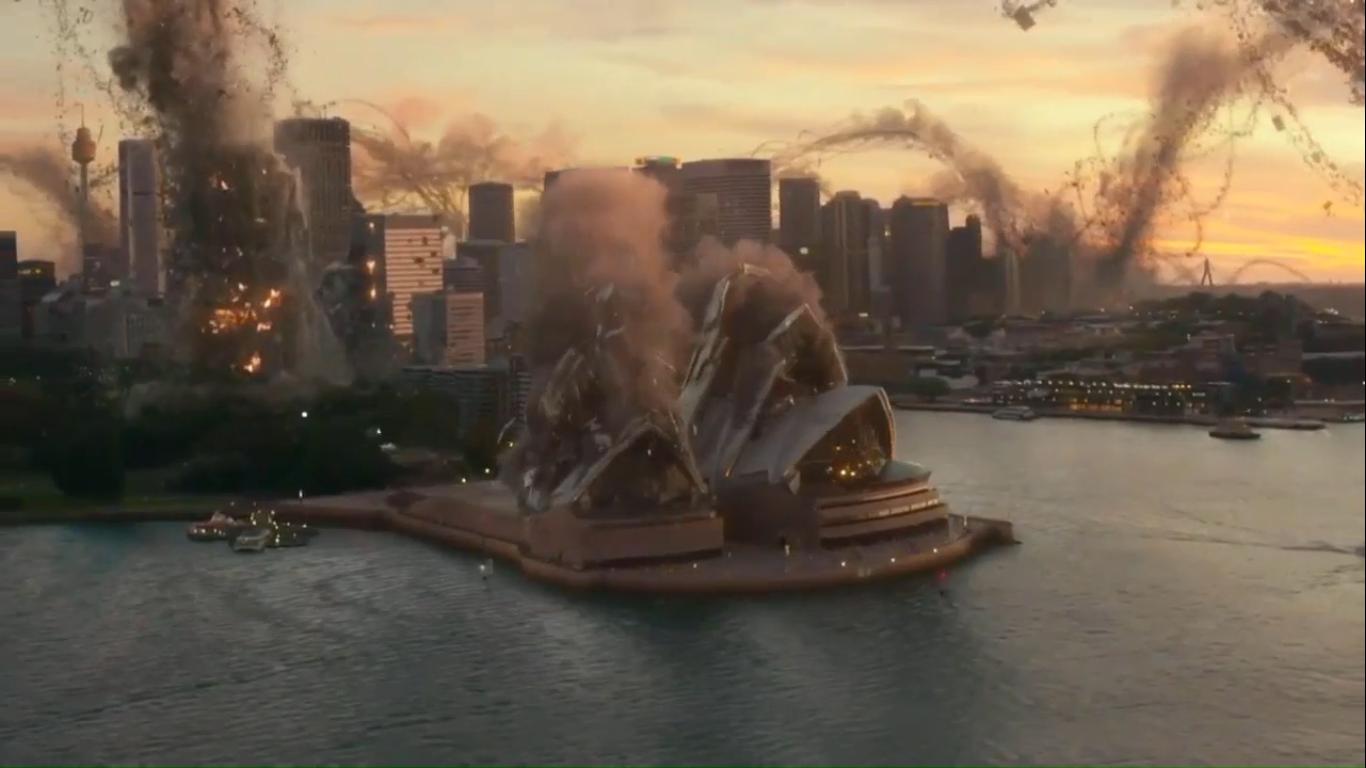 In the movie, the X-Jet (X-Men Blackbird), which is the plane that the X-Men use in their movies, arrives in supposedly Egypt, where Apocalypse and his "four horsemen" are. Magneto is there, "cleansing" the earth by destroying it using his magnetic abilities. But I'm baffled by when the plane arrives: 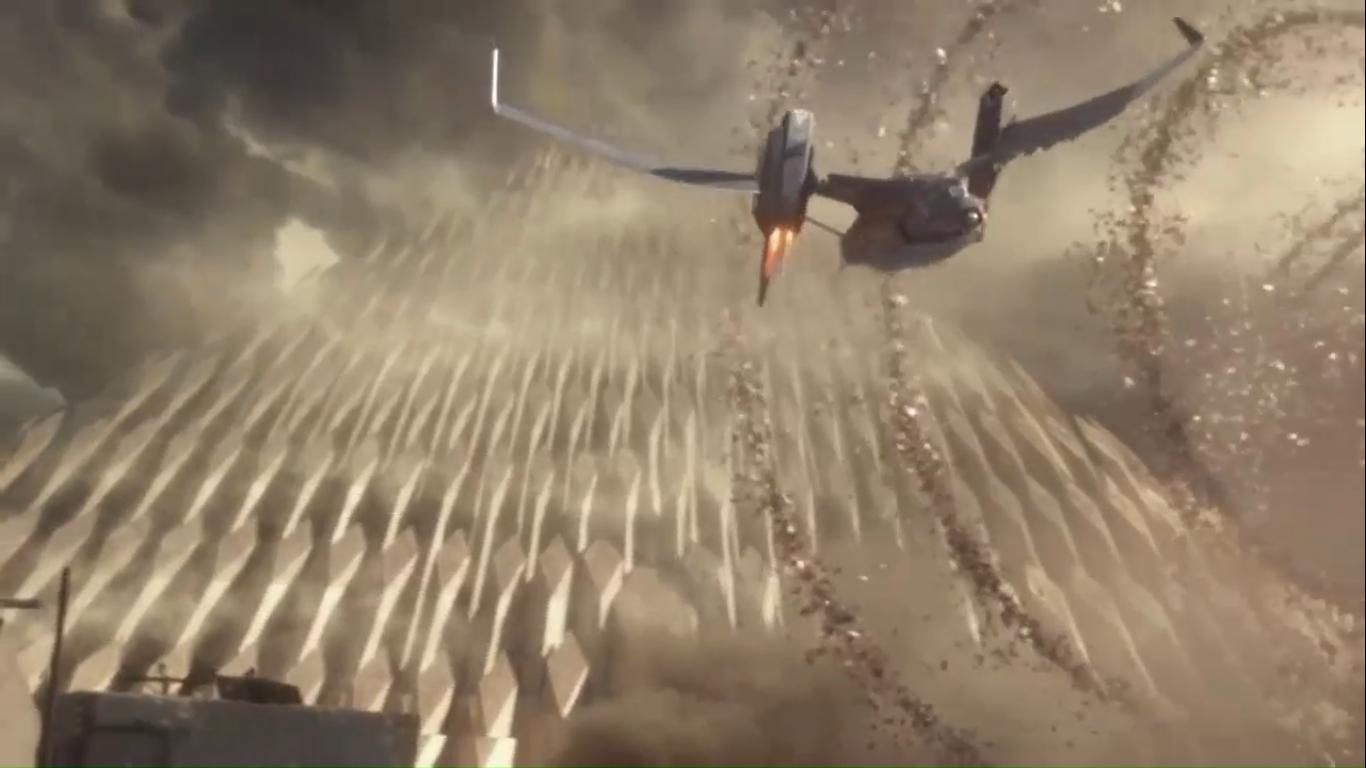 Everything metallic within the environment is being pulled apart, but the plane seems to be unaffected by the magnetic forces being generated/manipulated by Magneto. Not sure if the plane is made of some special material or something which is not ferrous/magnetic (highly unlikely), but I would argue that the plane has some metallic components within its body.

Question: Why doesn't the plane disintegrate or get affected in motion to say the least, by Magneto's powers???

The new version was rebuilt using space age plastic following Xavier and Erik's rift, and the events of Days of Future Past. No metal, not affected. Same as the DOFP first generation Sentinels, explicitly built to avoid Magneto's powers. Magneto being public enemy number one after allegedly attempting to kill JFK, and his raw power.

Hank never forgot about the time that Magneto almost drowned him

[back to Hank and Erik fighting in the fountain, as Hank forces Erik's under the water Erik uses his power to bring the metal items around them, including cars, towards him, this causes the crowd to panic and gives Raven a chance to escape by blending into the crowd, then Erik manages to free himself from Hank's grasp by getting metal ornaments in the fountain to grab Hank and pull him off]

or made them crash:

Young Erik: Angel. [growing angrier as he recites the names] Azazel. Emma. Banshee. Mutant brothers and sisters, all dead! [Erik's anger almost causes the jet to decompress and it starts to fall]
[Erik's anger begins to affect the plane's stability] Countless others experimented on, butchered!
Hank: [at the controls] Erik!
Young Erik: Where were you, Charles?! We were supposed to protect them! Where were you when your own people needed you?! Hiding! You and Hank! Pretending to be something you're not! You abandoned us all!
[Hank, who's piloting the jet, tries desperately to stop the jet from crashing into the ocean]
Hank: [trying to maintain control of the plane] ERIK!
[Erik relinquishes his control of the plane, allowing Hank to regain control of the plane.]
Young Erik: You abandoned us ALL!
[as Erik starts to cool off the jet heads starts to regain its balance, Charles walks over to the cockpit]

Or later tried to kill him in DC.

Mystique: [on the X-Jet] Hank, you're building a warplane down here.
Hank: After what happened in Washington, I thought we're gonna come back to start the X-Men. Like we always talked about, but...
Mystique: Charles wants students, not soldiers.
Hank: He thinks the best of people. He has hope.
Mystique: And you?
Hank: Well, I think we should hope for the best. And prepare for the worst.

In the new timeline, Hank is more soldier minded, and he wouldn't rebuild the X-Jet without taking Magneto's powers into account. Just like everyone else (Plastic Guns, Plastic Jails, Plastic murder machines).

Additionally, Magneto wasn't targeting them. He ignores them, keeping them away from himself, but obviously didn't try to hurt them. His rage didn't extend to them. He hated humans, not Xavier's ragtag group of teenagers. Notice how he just pretends to not hear Mystique and Quicksilver?

13
For Magneto, does being powerless mean he is innocent?
11
Why was it such a big deal to Professor Xavier that Magneto not kill Sebastian Shaw?
8
Why isn't Magneto more powerful?
3
Why do Xavier and Magneto meet Wolverine in "The Wolverine (2013)"?
9
How did Magneto know Mystique injected the metal into Laurio's body?
9
Why didn't Pietro Maximoff tell Magneto they were related?
13
Why did Apocalypse say this?
3
What are the devices that Stryker's team use
2
Contradiction in the mental power of Professor Xavier regarding Magneto
10
Did Magneto know that Apocalypse intended to kill Charles Xavier?