Is the saloon "Palace Saloon" of Back to Future III 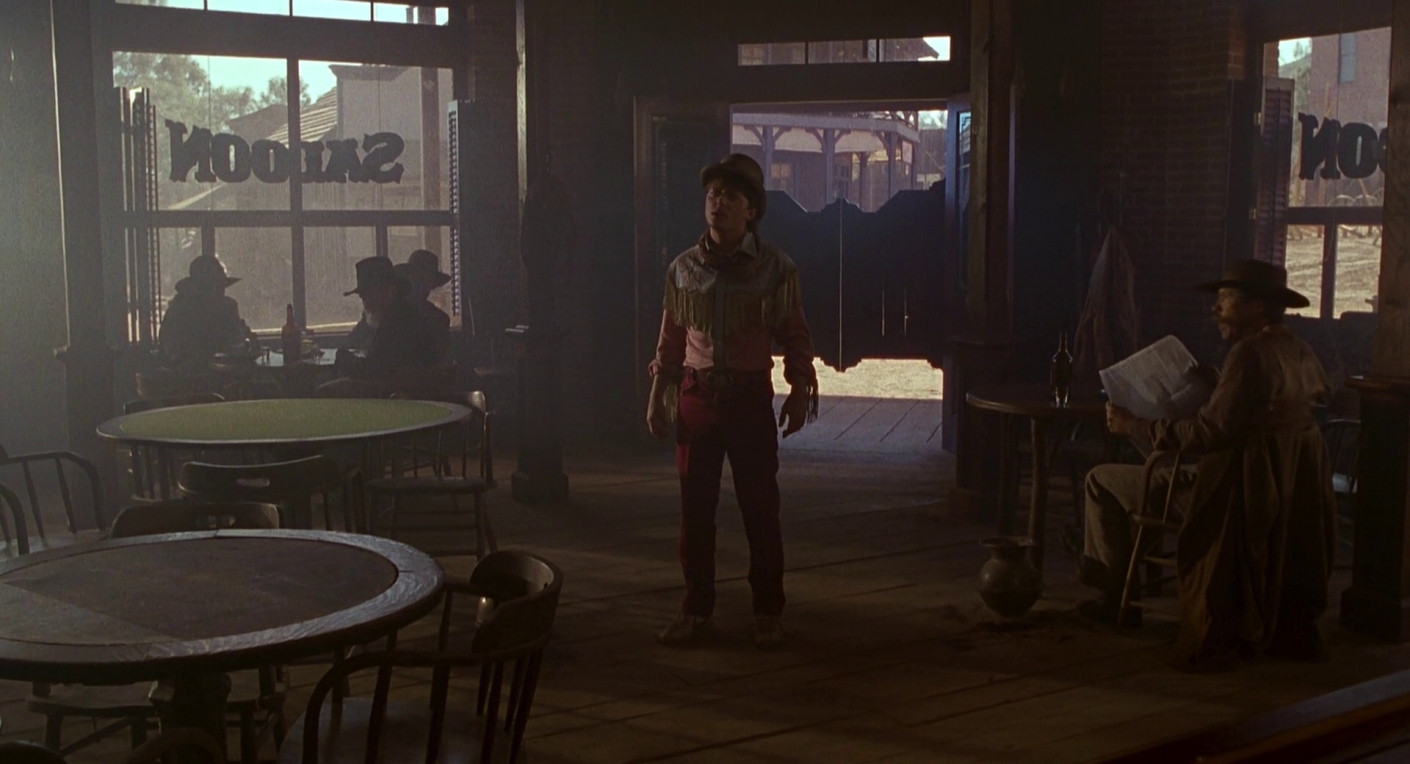 the same saloon as Django and Dr. Schultz having their "illegal" beer as seen here:

The doors and furniture are completely different. In the movies, the Palace Saloon is in Hill Valley, California. The Django saloon is in Texas. From IMDB:

When Django and Dr. Schultz are in Daughtrey, Texas (near the beginning of the film), the saloon they are in is called "Minnesota Clay's Saloon". Minnesota Clay (1964) is the name of Western film directed by Sergio Corbucci, the same director of the original Django (1966).

Out of universe, BTTF was filmed at Red Hills Ranch in Sonora California. Django was at Melody Ranch in Newhall, California. Two completely different locations.

24
Who was the girl in Django unchained?
15
Is Django bullet-proof or immortal?
13
Why Broomhilda rather than Brunhilda?
11
Last scene in Django Unchained where Django & Shultz are practicing in the snow?
8
Why did Django come to Candieland?
10
Why does King Schultz go to such distance in order to help Django?
39
Why does Django choose to dress like that?
14
Why did Django kill Miss Lara?
16
What was Verne doing?